In Praise of Shadows… and Light / August Journal

Bohemian architect Antonin Raymond (1888-1976) and French-American artist Noémie Pernessin Raymond (1889-1980) met on an Italian ocean liner bound for New York City in 1914. The couple married shortly af- ter arriving to New York, initiating a long personal and professional collaboration that took them around the world, from Frank Lloyd Wright’s personal compound in Taliesin, to India, to Tokyo—twice—and their coun- try retreat in New Hope, Pennsylvania, where Antonin’s studio became an incubator of sorts for young Japanese architects, including George Nakashima. Antonin worked as a draftsman in Cass Gilbert’s office, while Noémie studied art with Arthur Wesley Dow at Columbia Teachers College. Finding success as a textile designer and weaver, Noémie became continually more involved in her husband’s architecture practice, even- tually designing the interiors of many of his buildings.

The Raymonds first encountered Japan—both as a place, and as a rich source of craft traditions and design philosophy—in 1919, while working on Wright’s Imperial Hotel project in Tokyo. After a year, they left Wright’s practice to establish their own, taking advan- tage of a growing interest in modern European archi- tecture in Japan. They stayed until 1938, returning to New York when political tensions and the growing shadow of war made it impossible for the naturalized Americans to remain in Tokyo. The Raymonds later returned to Tokyo, in 1947, where they remained until their retirement in 1973.

In describing the Raymonds’ body of work, the ar- chitecture theorist Kenneth Frampton writes that it combined “the liberative ethos of the modern move- ment with the indigenous building culture of Japan.” Throughout his career, Antonin insisted on the primacy of place. Drawing upon the vernacular architecture of Japan as both formal source material and philosophical touchstone, he used local materials and building tradi- tions as key considerations in the design process, and during his many years working abroad, he sought—as Frampton described—to marry the possibilities of mod- ern construction methods with the country’s tradition- al building and handcraft traditions. Noémie’s contri- butions extended this consideration, often combining her own textiles and furniture designs with Japanese handcraft, including ceramics, textiles, and baskets.

Throughout his career, Antonin Raymond insisted on the primacy of place. Drawing upon the vernacular architecture of Japan as both formal source material
and philosophical touchstone, he used local materials and building traditions as key considerations in the design process

The spatial potential of the Raymonds’ fusion of European and Japanese technologies and traditions is embodied by St. Anselm’s Catholic Church in down- town Tokyo. Built between 1952 and 1956, St. Anselm’s is the first of several exposed concrete churches Antonin and Noémie designed in post-war Japan. The axially planned church, which situates the entrance at the cor- ner of the east elevation and the altar at the west, was also the first project in which Raymond experimented with folded panel construction. The church was estab- lished in 1947 by the Benedictine monks of Saint John’s Abbey in Collegeville, Minnesota, whose rural campus is dominated by the several highly sculptural concrete structures built between 1953 and 1961 by another no- table modernist, Marcel Breuer.

Located on a compact lot immediately west of Tokyo’s Meguro station, St. Anselm’s Catholic Church is a tall, narrow concrete building with a gently curv- ing roof. The rectangular structure is supported by nine pairs of folded columns. Vertical glazed strips are sliced into one side of each fold. The concrete surface of each folded panel is left unpainted, while the intersti- tial wall surfaces are covered in an ochre red pigment.

As in the sparsely ornamented yet spatially rich Cistercian abbeys found across Western Europe, light animates St. Anselm’s interior, stretching across its concrete surfaces towards the altar. The imprint of the long, narrow metal planks used as formwork em- phasizes the verticality of the nave. The oblique angles formed by the folded structural plates are intersected by horizontal brackets spanning the glazed vertical ap- ertures between each of the folded plates. The large, gently curved roof beams, likewise constructed of con- crete textured by steel panel formwork, formally echo but do not exactly copy the structural folded panels. These beams also, perhaps, serve as an abstract re- minder of the tectonic wonders and soaring spaces en- abled by the ribbed vaults found in Gothic cathedrals. The corner edge of each beam seamlessly joins the acute angle of each wall panel at a precise 90 degrees. Throughout the structure, an utmost attention to de- tail—a trait synonymous with Japanese architecture at all scales—elevates this formally simple and materi- ally austere space, offering a rich spatial discourse on transnational craftsmanship and tradition.

The Raymonds infuse this uncompromisingly mod- ern building with warmth through both materiality and the persistent reminders of craft and handwork. The contrast between the meticulously finished concrete surfaces and the polished, unpainted wood pews; the carved and gilt baldachin suspended like a floating tex- tile over the altar, and Noémie’s poetic iron sculptures representing the stations of the cross as compositions of disembodied hands and unfinished iron crosses traveling around the church interior—in these details and more, the Raymonds’ designs for St. Anselm’s are instilled with their reverence for modernist structural technologies and formal vocabularies alongside an ad- miration for Japanese craft traditions.

The Raymonds infuse this uncompromisingly modern building with warmth through both materiality and the persistent reminders
of craft and handwork. Their designs for St. Anselm’s are instilled with their reverence for modernist structural technologies and
formal vocabularies alongside an admiration for Japanese craft traditions.

While often described as ambassadors of a European-style modernism in Japan, the reverse was often just as true, and the Raymonds endeavored throughout their careers to share their deep knowledge and love of Japanese cultural heritage with Western audiences. In 1940, as political tensions increased be- tween the U.S. and Japan, Antonin gave a lecture titled, “Common Ground of Traditional Japanese and Modern Architecture,” at the Japan Institute in New York, while Noémie later selected objects for Japanese Household Objects, the 1951 exhibition at the Museum of Modern Art. The aim of this show was to highlight the quality of Japanese craftsmanship and support Japanese crafts- people in rebuilding their businesses while preserving their craft heritage in the politically and economically challenging post-war period.

Through their commitment to the study of Japanese vernacular buildings and traditional crafts, Antonin and Noémie Raymond perhaps absorbed the mingei ethos, in their reverence for craft and materiali- ty reinforced by a commitment to functionality. Mingei, a movement that had begun in Tokyo in the 1920s, was aimed at preserving and celebrating Japan’s numer- ous folk arts and crafts in a rapidly changing, modern- izing world. Transcending borders and cultures, the Raymonds’ work and life together reflect the words of mingei founder Soetsu Yanagi, who said: “Man is most free when his tools are appropriate to his needs.” 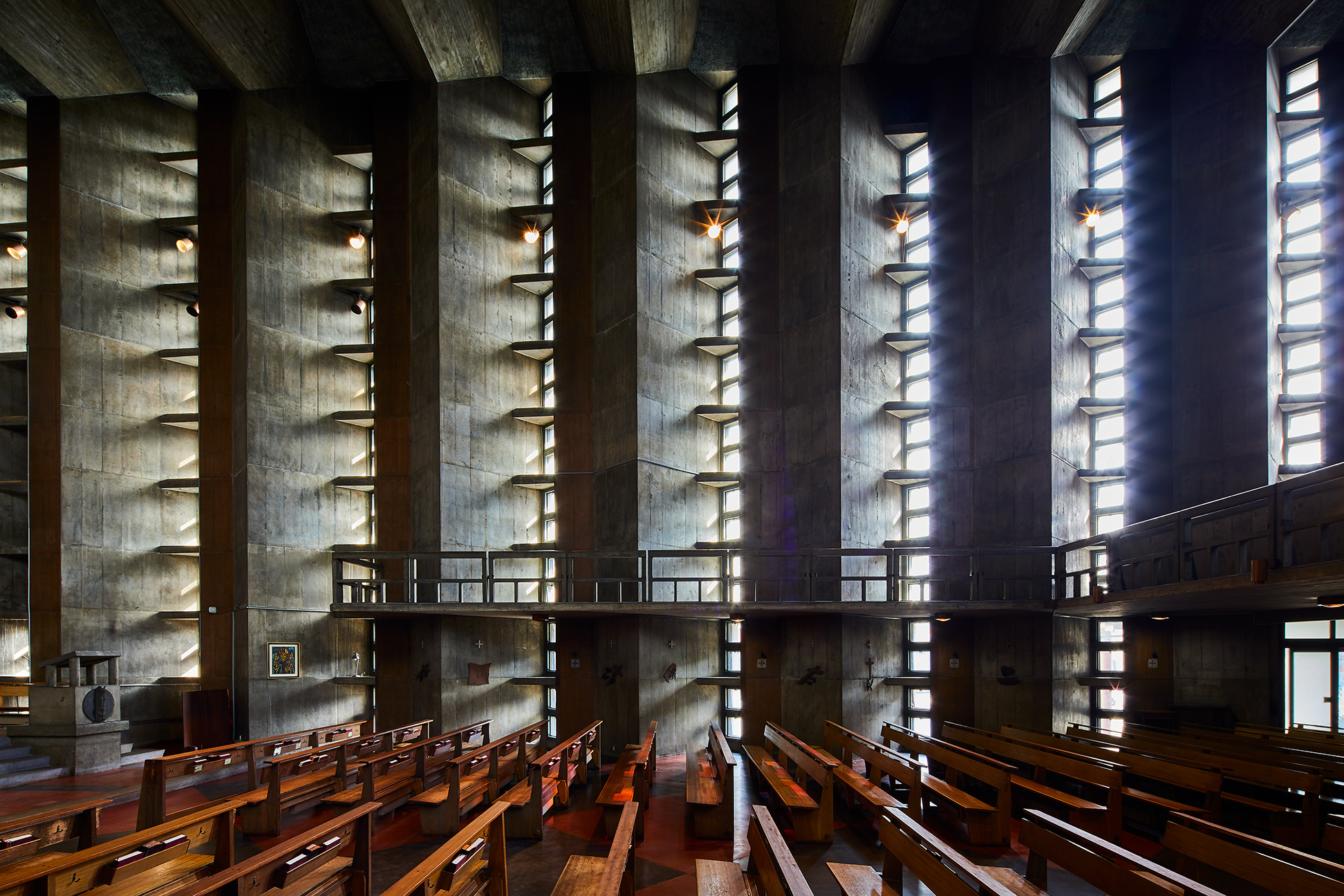 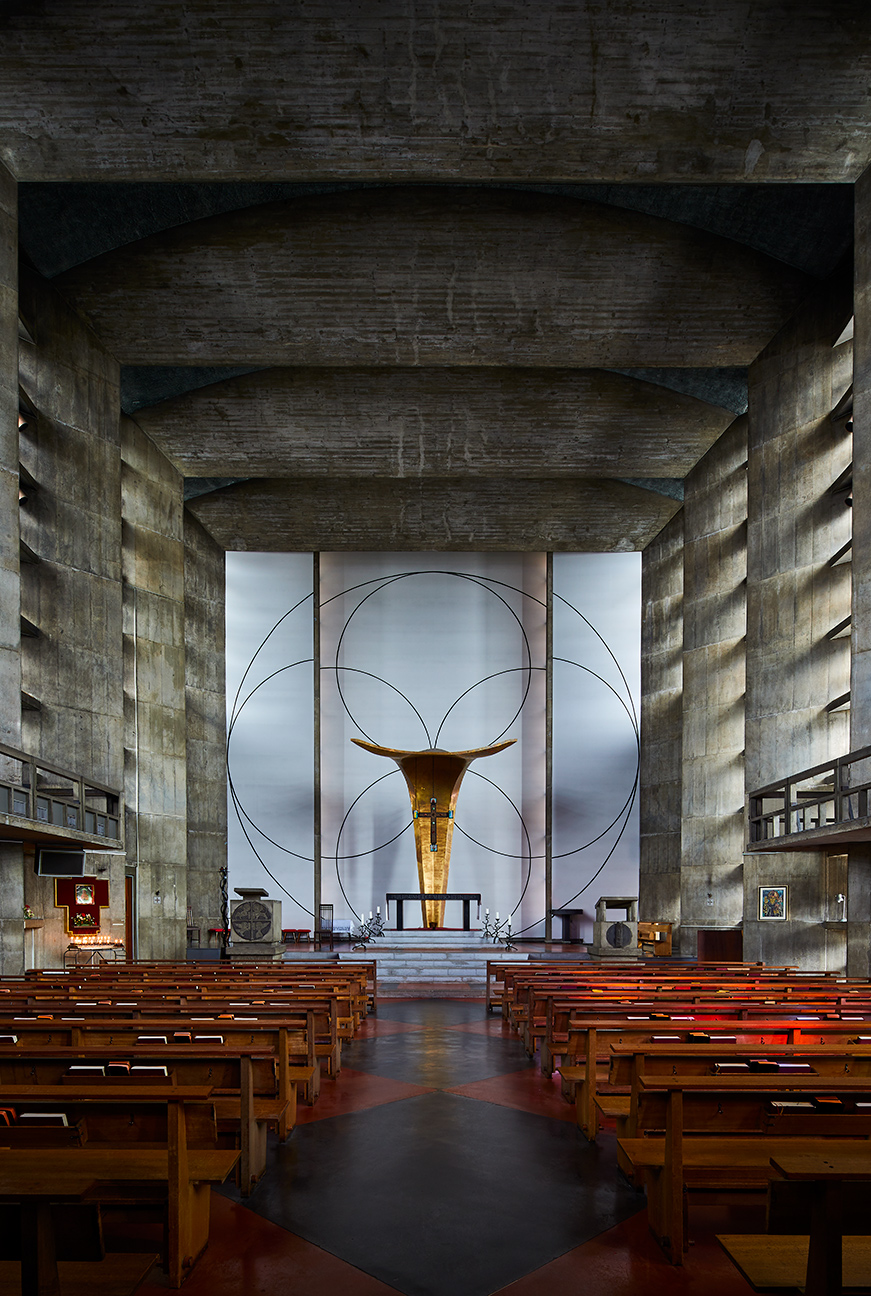 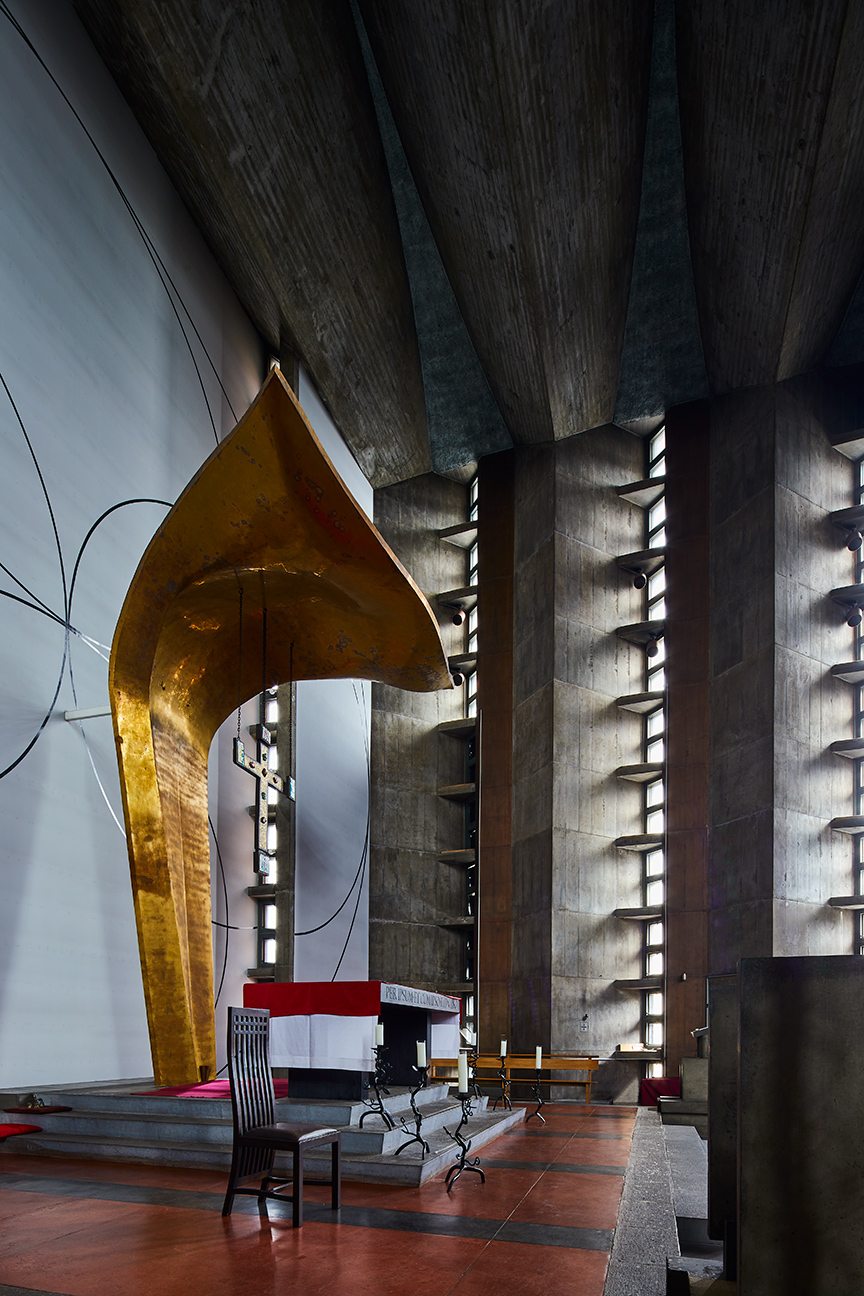 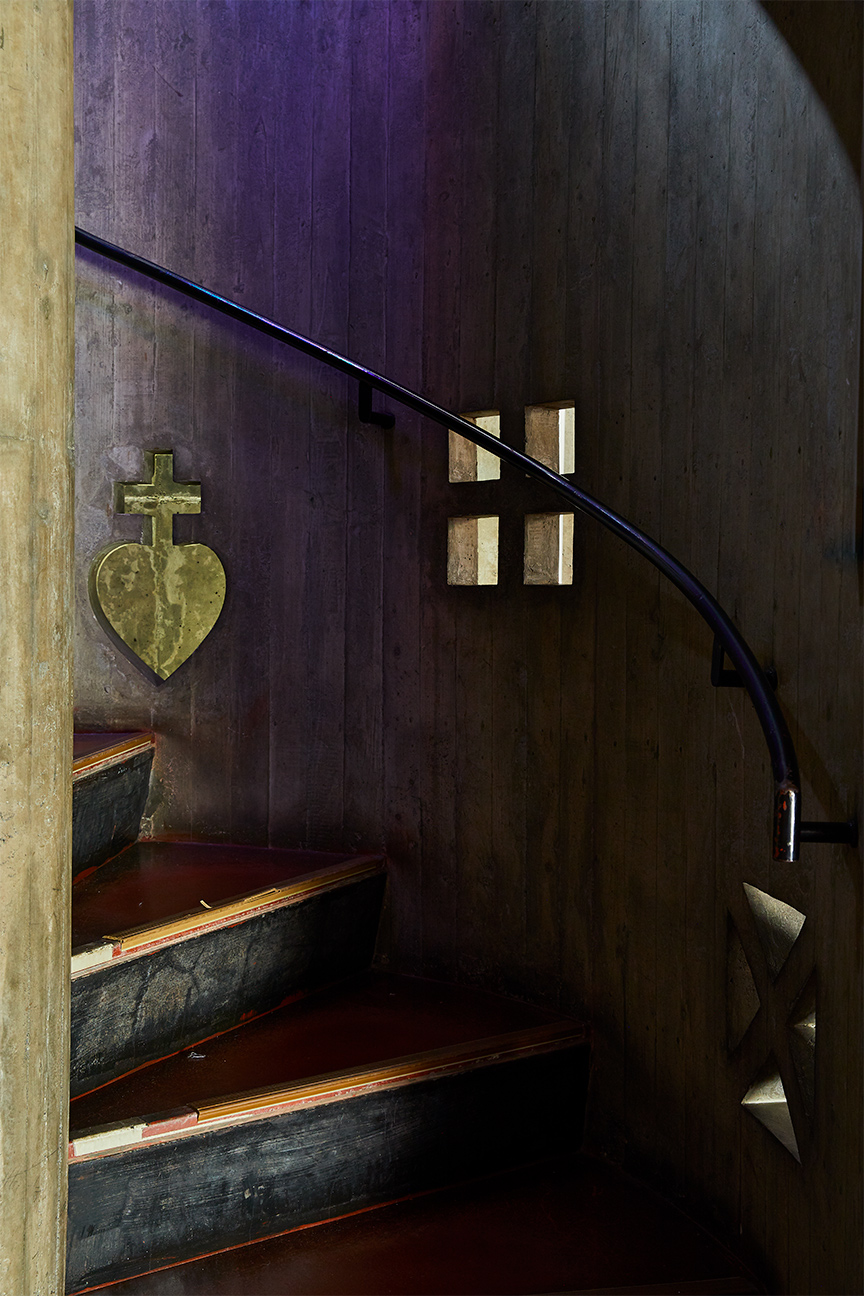 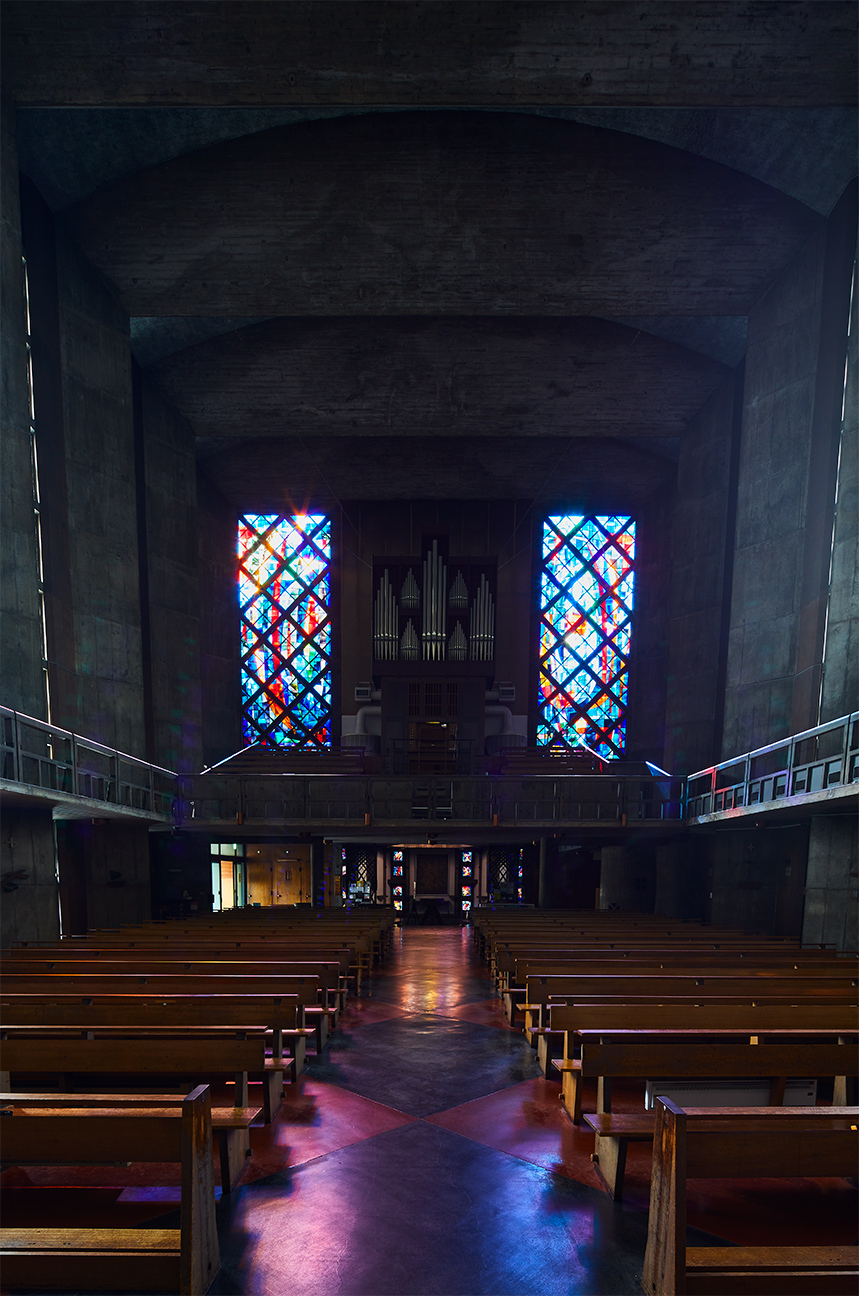 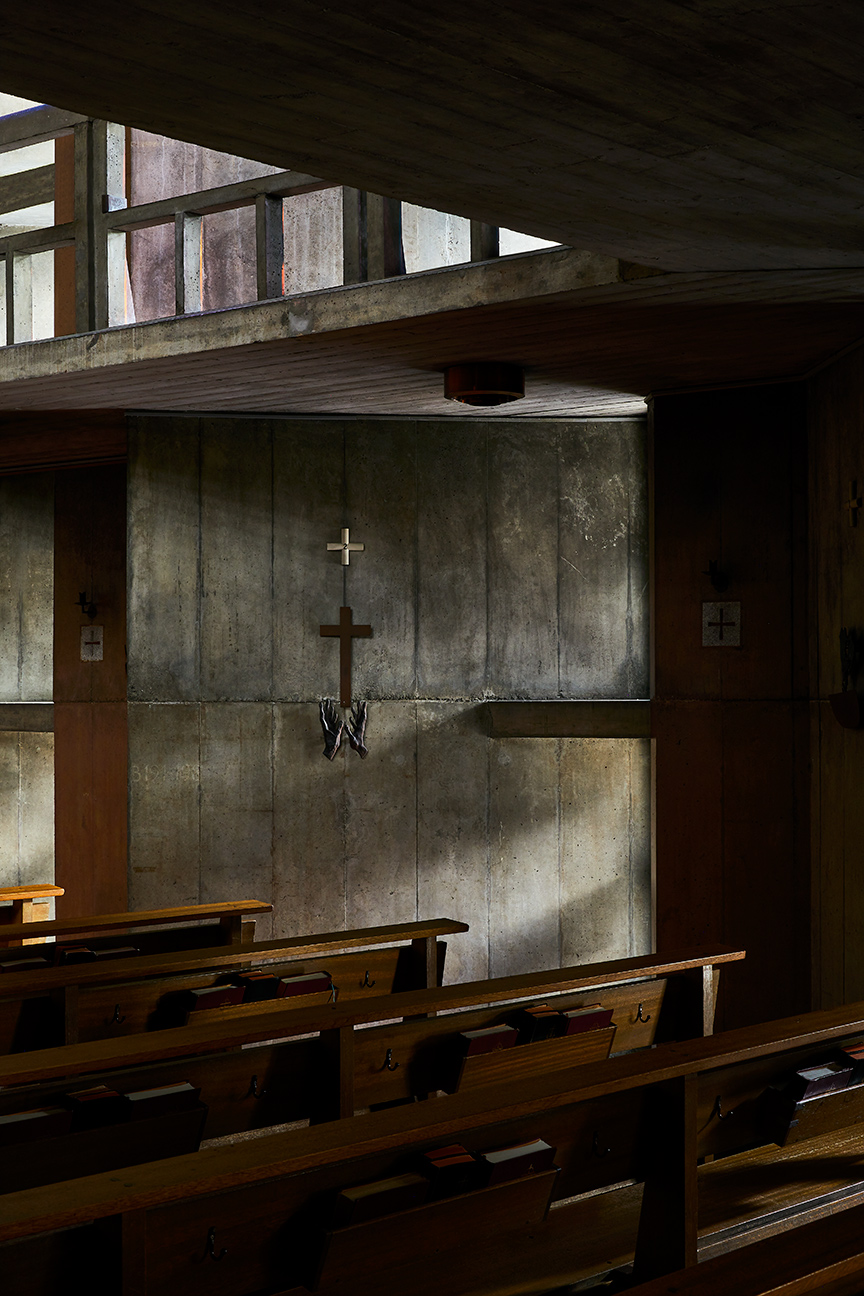 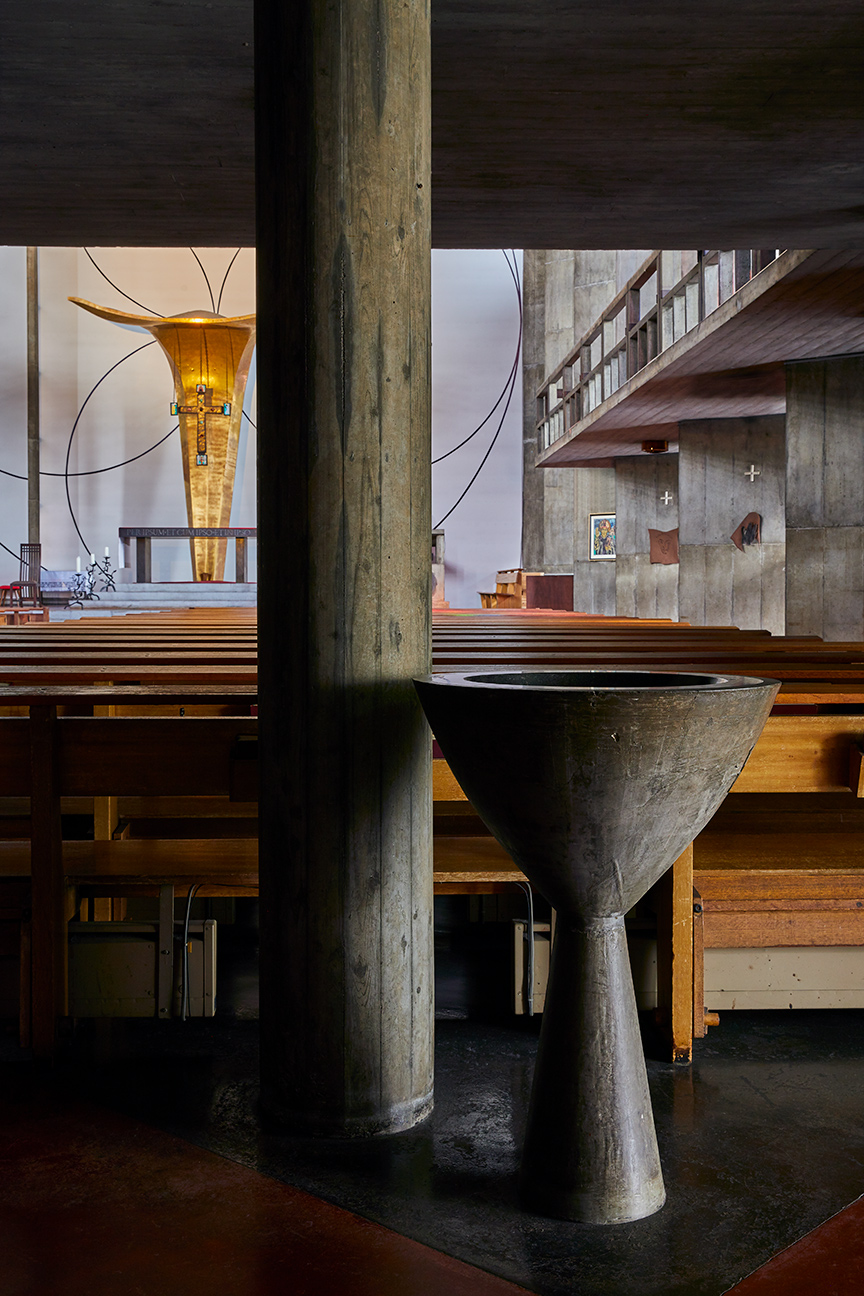 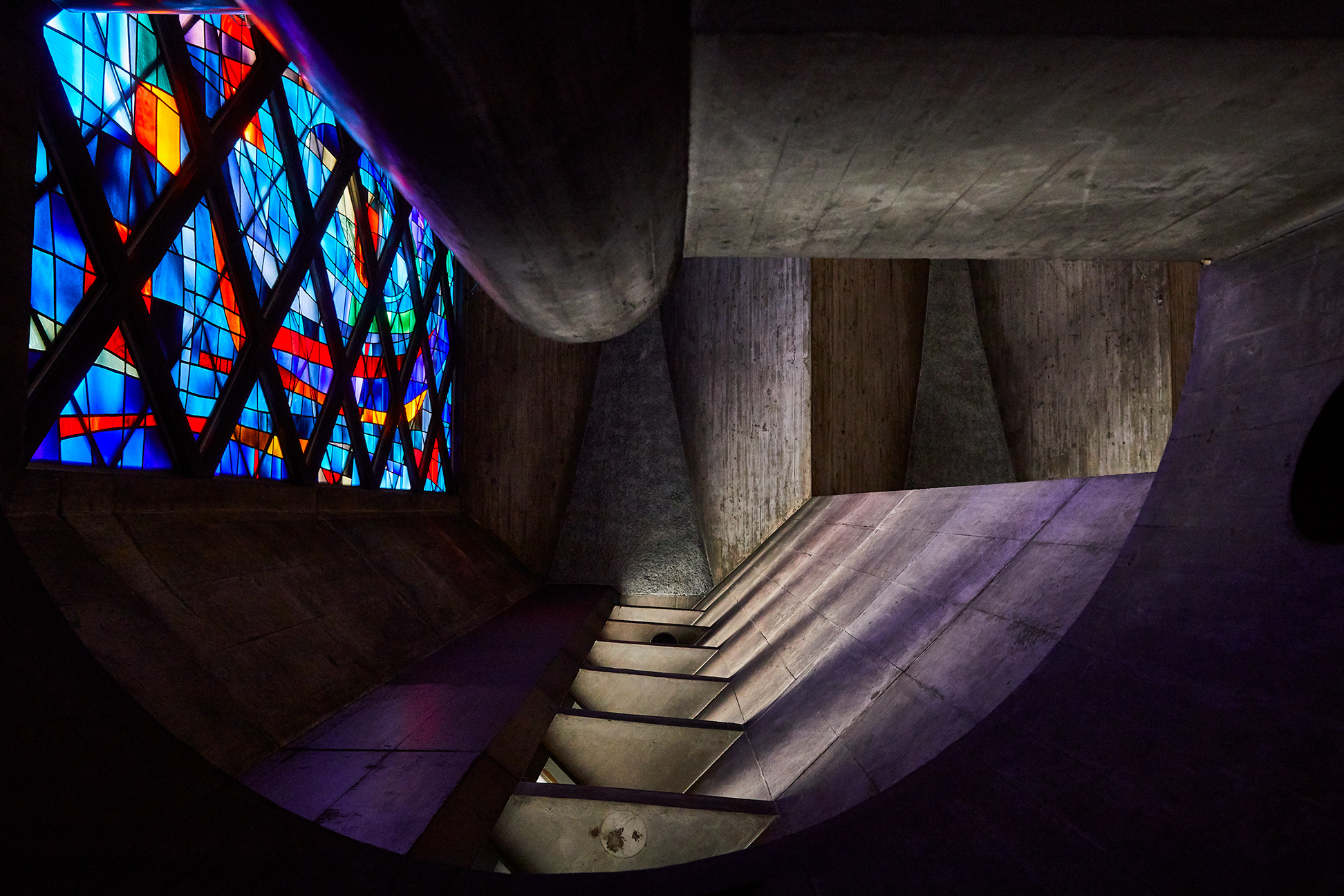