Traces of Dreams / Her

While there are several routes to access the White Sands of New Mexico perhaps the most known is from the south. Making your way up from El Paso Texas, up the old railroad and past the many ghost towns that occupy the land before you arrive at the White Sand lighting up the horizon, illuminated by crystal clear sunlight of New Mexico. The simple beauty of the contrasting white and blue view emphasises the preciousness of all mother nature and all its creation. It is very refreshing to put yourself into a place and situation where you feel completely isolated, feel at peace with yourself, be completely alone with your thoughts, hear every footstep, even witness the sight of wind in the desert.

The White Sands of New Mexico exist due to more than 10 thousand years of creation. The fine surface, geometric patterns covering this part of the desert are the outcome of when an ancient sea covered most of the southwestern United States. It was during this time that layers of gypsum were deposited on the seafloor. The rise and fall of the sea level millions of years ago influenced the making of the gypsum sand found at the monument today. The journey through time shows the extraordinary transformation from sea to sand, and the fascinating factors that allow this dunefield to exist.

The Apaches were nomadic hunters and gatherers, distantly related to Athabascan speakers in Alaska and Canada. They were constantly on the move, expanding any territory that they called home and the ranges that supported their subsistence. Some 700 years ago, bands of Apaches moved into southern New Mexico and made the Tularosa Basin their home. Their homeland encompassed the Tularosa Basin and all the land surrounding their four sacred mountains: Sierra Blanca, Three Sisters Mountains, Oscura Mountain Peak and the Guadalupe Mountains. There are two historic Apache trails that cross the White Sands, one of which passes through tsetosayanela tuseka, a salt lake located just south of the malpais lava flows, indicating they also gathered salt from the basin floor. We know the Apache utilised the dunes throughout history because of the reference to the dunes in their oral histories as well as by Apache pottery and datable charcoal that has been found at hearth features within the dunes.

The Apaches’ had established a sizeable territory in southern New Mexico by the time European explorers arrived. They fiercely defended the rights to their homeland against the encroachment of colonial settlers. The Apache were fighting against forceful reinstatement to reservations. The Battle of Hembrillo Basin in 1880 was a military engagement between Victorio’s warriors and the United States Army’s 9th Calvary of Buffalo Soldiers. Iconically referenced in the famed Bob Marley track Buffalo Soldier, conflict between the Apaches and the American settlers over their conflicting interests in the Tularosa Basin ultimately ended in the forceful removal of the Apaches from the full extent of their ancestral homelands and their instatement on the Mescalero Apache Indian Reservation. The Mescalero Apache are the living descendants of the first Apache to settle here, and they maintain an active cultural affinity to the landscape of their ancestors.

While the rich history of the White Sands is embedded in Navajo, in more recent history the area has been a United States Army military testing area, the largest military installation in the United States, the White Sands Proving Ground was established for testing German and American long range rockets. Just seven days later, the first atomic bomb test, code named Trinity exploded at Trinity Site, near the north boundary of the range. This test was played out less than a month prior to the bombings of Hiroshima and Nagasaki. 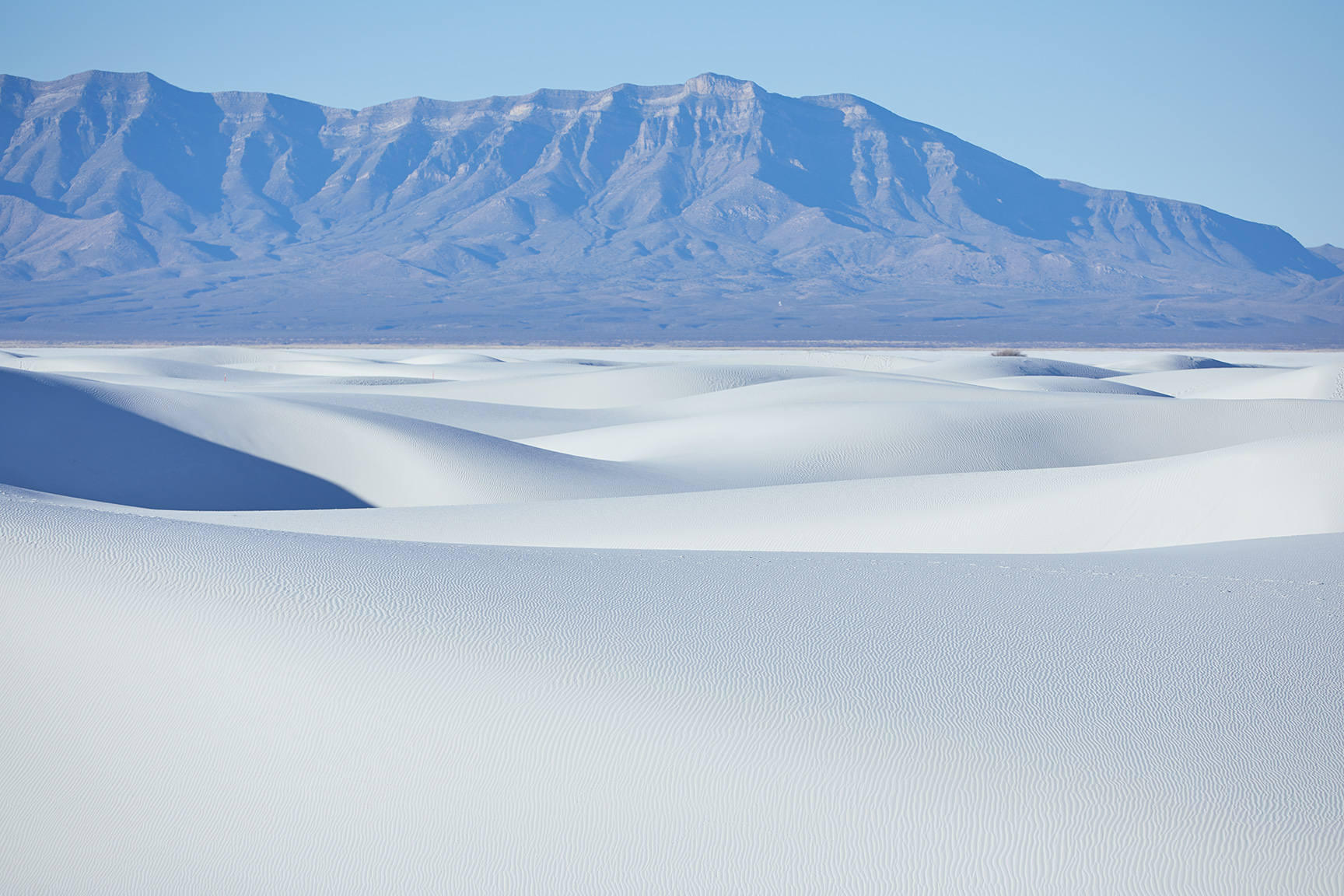 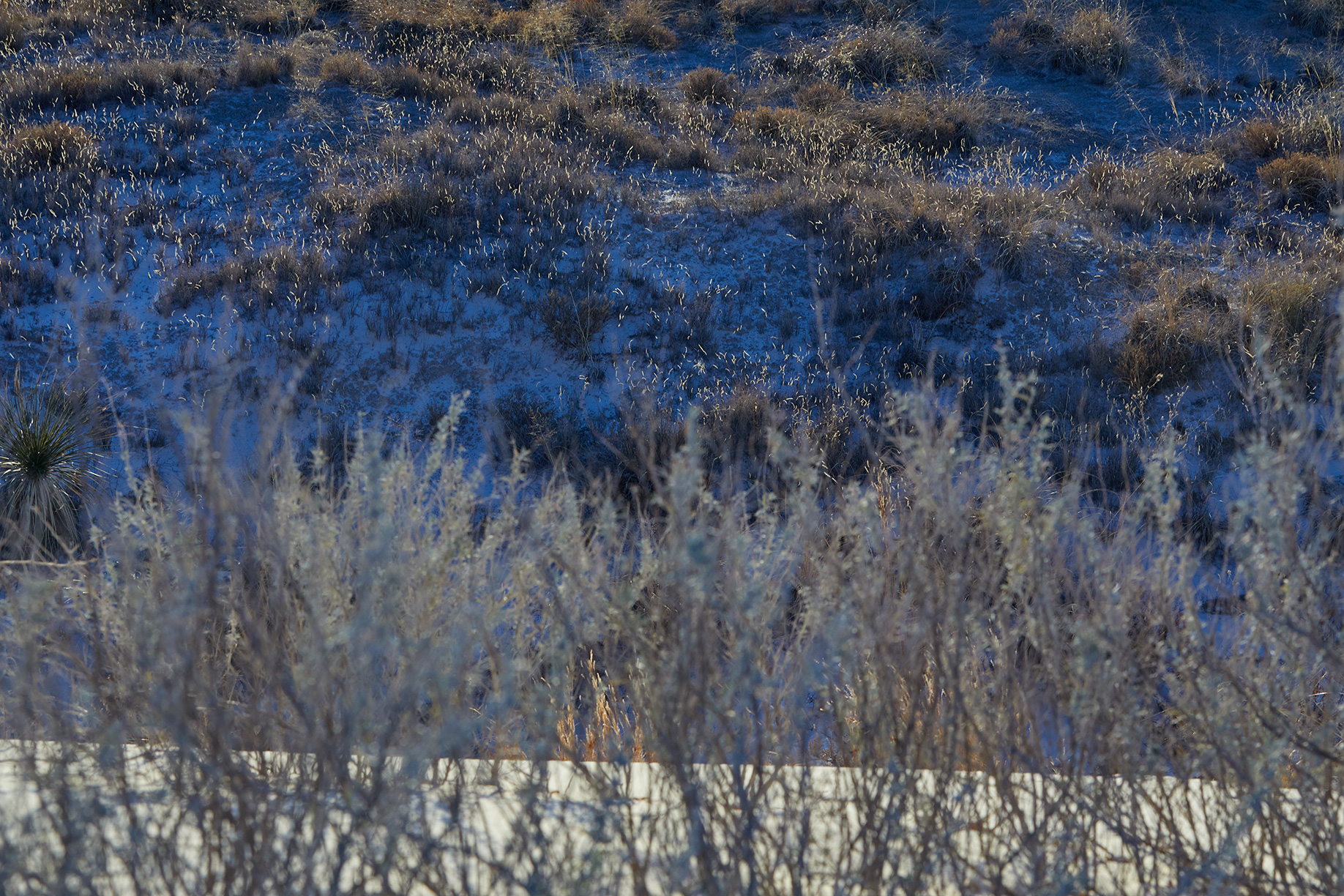 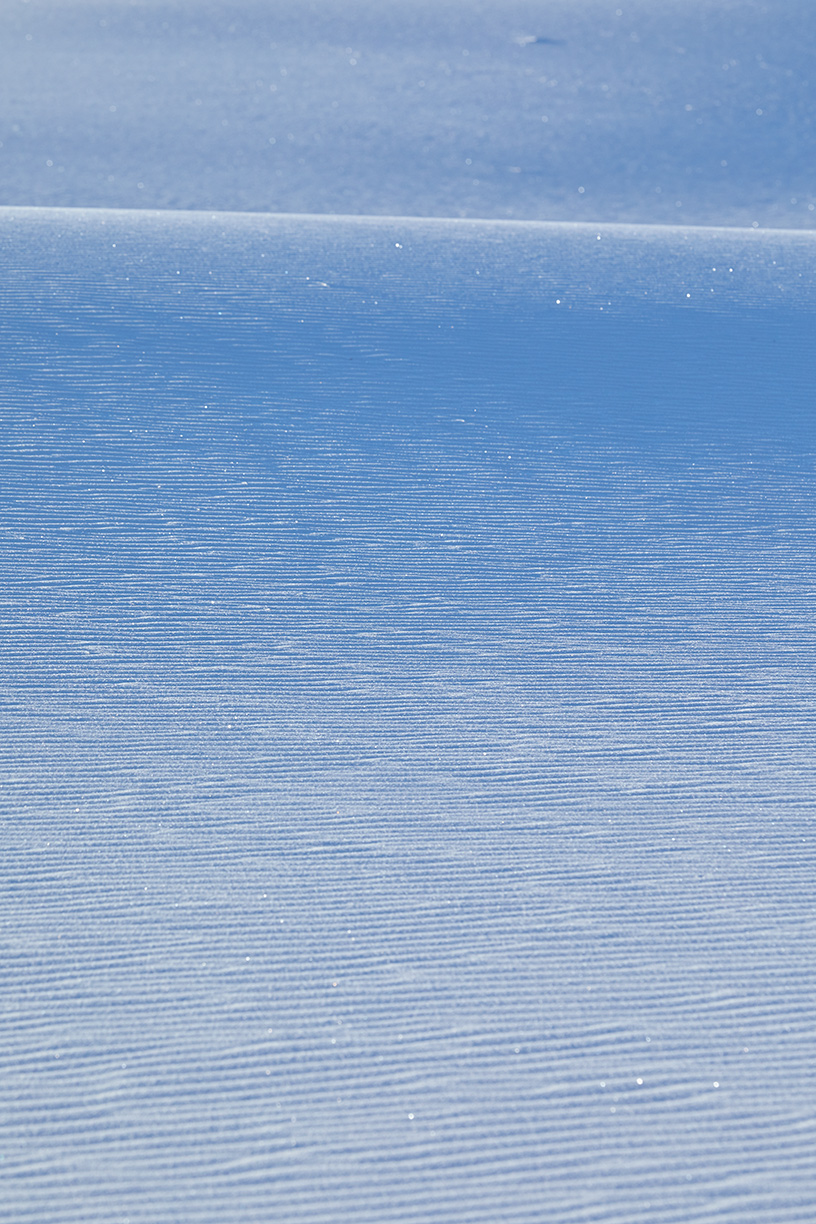 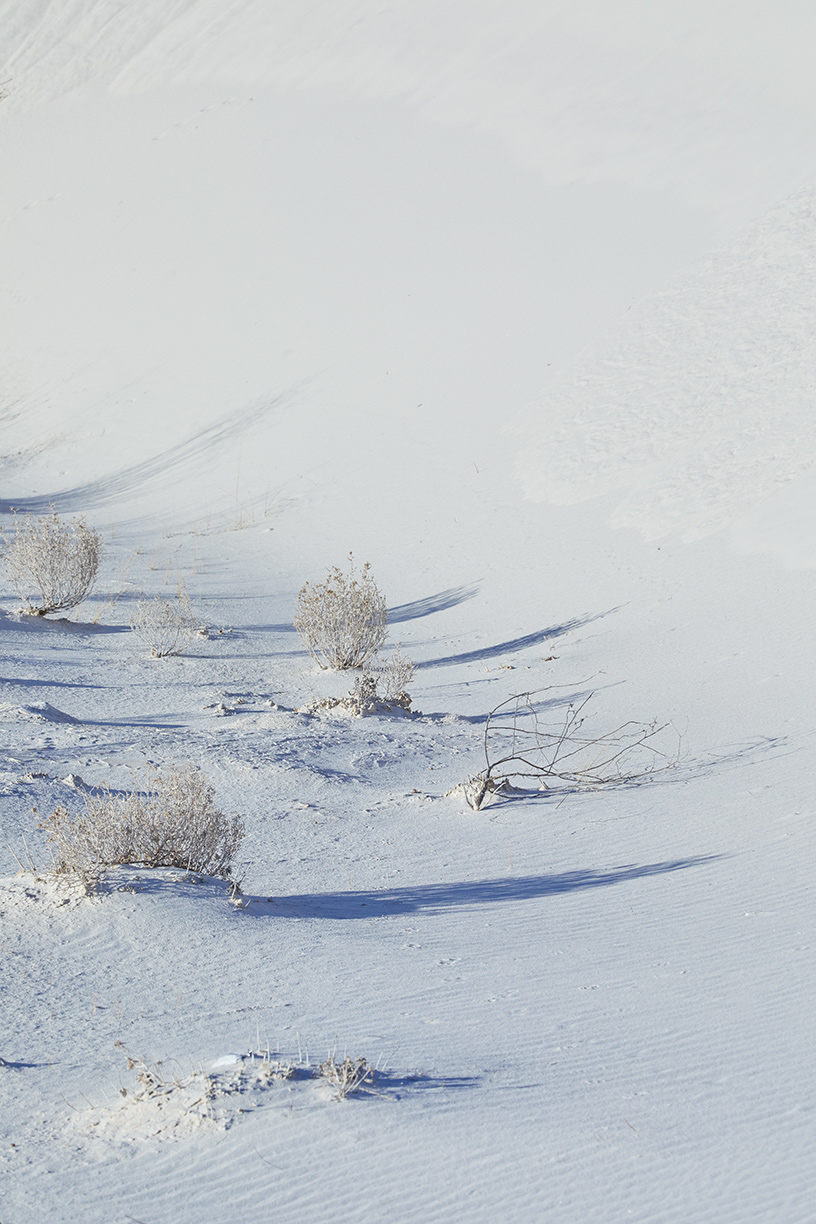 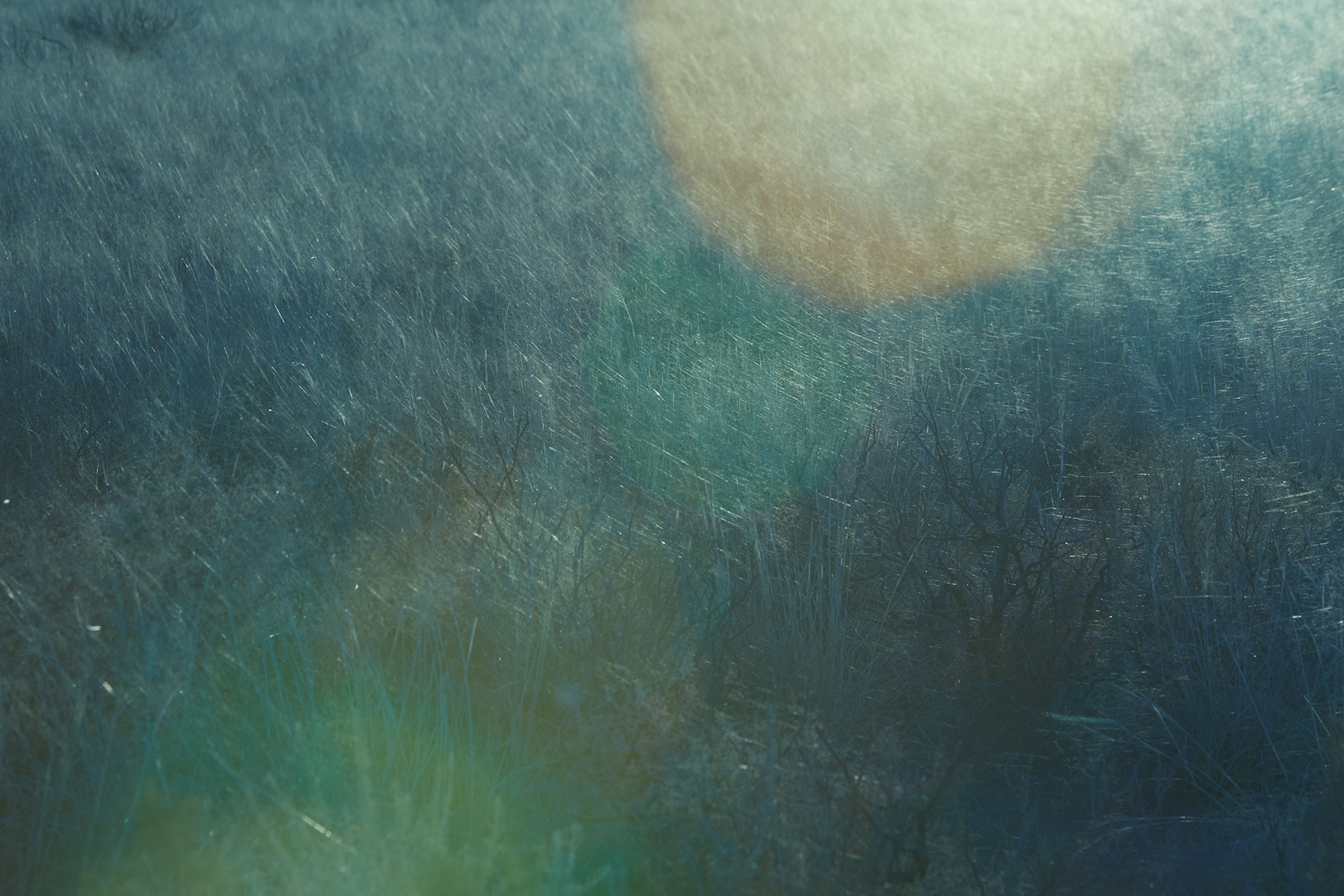 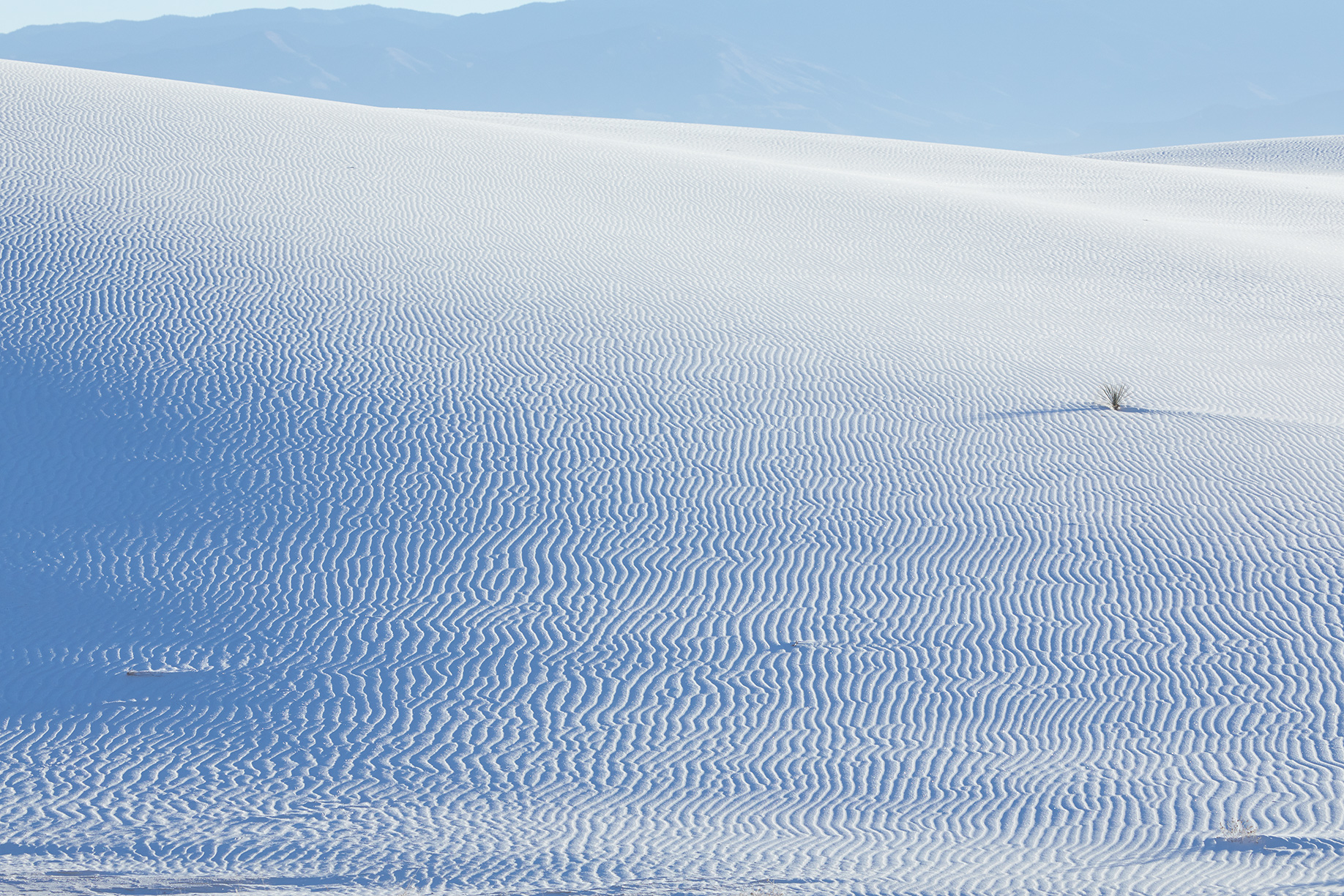