Departures / The House of Radical Abundance

Flamingo Estate is the glamorous 7-acre home and apothecary with golden-era Hollywood history.

IN ANY OF the images from the lifestyle brand Flamingo Estate, you’ll rarely, if ever, see just one of something — a flower, say, or an apple or egg. Instead it will be bouquets and bouquets of white and pink roses exploding from the trunk of a vintage Mercedes, a fountain overflowing with plump, fiery red tomatoes, or a pasture’s worth of dried flowers hanging from the ceiling over a table blanketed in floral arrangements and surrounded by bushels bursting forth with vibrant produce.

“The one word that consistently comes up is abundance,” says Richard Christiansen, owner of Flamingo Estate, which is not just a brand that sells body-care products and pantry items, but is also the name of his jewel box of a home, farm, and garden. It sits atop a hill in Eagle Rock, the stylishly laid-back residential neighborhood on the eastside of Los Angeles. “A life lived with abundance. Whether that’s food or friends or whatever, that just seemed so joyful.”

Flamingo Estate, the brand, did not blossom from such a fruitful, optimistic place. It was born in the depths of the pandemic when Christiansen, who ran the successful advertising agency Chandelier Creative, let local farmers use his office’s parking lot to sell their goods; they were in survival mode after business from restaurants and grocers had dried up virtually overnight due to the coronavirus pandemic, and they were desperate for revenue streams.

He started to wonder how he could turn all the raw produce from those farms into something more than food, specifically non-perishable items. Candles and soaps instantly came to mind. Now, just a year or so later, Flamingo Estate is well known for its assortment of luxurious lifestyle products that leverage natural ingredients — soaps, lotions, body oils, scrubs, body wash, shampoos, and conditioners. There are also candles, olive oil, vinegar, and other pantry essentials. In short, over the course of a few short years, in the midst of a global pandemic, Christiansen launched into a second act — he’s a lifestyle brand.

Flamingo Estate has become more than just Christiansen’s home. It’s a garden and farm that serves as the spiritual North Star for his brand, a compound that helps connect him directly to the capricious beauty of the land (he loves the “radical inconsistency” of farming, how one crop can taste vastly different a season later), with some of what he grows there ending up alongside produce from other local farms as the basis for an array of his many products. Spread across 7 acres, it’s hard to understate the enchanting spell the property casts. Built in the 1940s, it comes with a lively history. Over the years it’s been an artists’ commune and a studio for pornographic films, and legend has it that debauched (yet discreet) parties were held there for stars of Hollywood’s Golden Age. Christiansen discovered the property through a friend who lived nearby, and befriended its eccentric owner, ultimately acquiring the property in 2008. For the remodel, he enlisted the famed architecture firm Studio KO, known for their work on the Chiltern Firehouse hotel in London and the Yves Saint Laurent Museum in Marrakesh, among others.

The result is at turns dramatic and seductive. A Spanish Colonial structure in a sun-bleached shade of pink (evoking a flamingo, hence the name), it’s been imbued under Christiansen’s watch with a deft mix of languor and whimsy. Every detail feels considered yet intuitive and each room is as charming as the last. There’s the fragmented terrazzo floor, creamy pink marble countertops, and retro fridge and stove in the kitchen; the moody, dark green bar with its smokey mirrored ceilings and Baccarat crystal collection; the tropical feel in the living room, which includes a folding screen in riotous colors painted by David Hockney (titled “Caribbean Tea Time”) playing against the couch upholstered in jungle-printed fabric and doubled-sided fireplace in white painted brick; and the indoor-outdoor office wrapped in aquamarine Moroccan tiles and furnished with beautifully patinated Togo couches.

In the den, there’s an oversized leopard-print couch in one corner and on its Yves Klein–blue walls, an Andy Warhol print of Jane Fonda looking ravishing, natch. “Her book talks about a life with chapters,” Christiansen tells me in a ruminative tone. “I had a wonderful chapter before this and it all fell apart. But I got a new chapter, and what a privilege that is. All I could wish for you and my friends is a life with chapters.”

To visit the property is to see how much of his product line is inspired by experiments connected directly to his own harvest. There’s a rustic wooden outbuilding known as the “goat shed” down the dramatic 75-step brick stairway on the west side of the property, where much of the alchemical process of testing and product development takes place. Half lab, half apothecary, it’s where Christiansen and his team take the local bounty and, like Rumpelstiltskin turning hay to gold, transform it into something magical for your senses. Inspired in part by the traditional gardens of Northern Africa, his property is entwined with lush local foliage; there’s an inside-outside dance that makes it hard to know where the home ends and the gardens begin — in fact, that delineation is beside the point. All around, the green of cacti, palms, and succulents dominate the landscape, playing off the burnt-red and sepia tones of the house. Recent developments run the gamut from manuka honey made from bees in apiaries dotting the property to a rosé called Pink Moon, which features summery notes of peach and cherry.

This holiday season Flamingo Estate is rolling out the red carpet for gifting ideas, ranging from package sets of in-house favorites like trios of candles and collections of kitchen goodies. Then there are special-edition items that makes use of Christiansen’s well-connected network of pals — think honey grown in the gardens of Julianne Moore and LeBron James, a midcentury-modern gingerbread house dreamt up by Chrissy Teigen, a cozy patchwork garden blanket made in collaboration with the LA-based knitwear label The Elder Statesman, and a clothing capsule made with Sesame Street motifs from reclaimed waste cotton. As such, Oscar the Grouch is the unofficial mascot.

So much of Christiansen’s life now seems to revolve around rituals of self-care — making items that enhance those stolen moments of rejuvenation we allow ourselves. But his love of bathing isn’t new — there’s a whole room dedicated to it. No, not your run-of-the-mill bathroom, but a spa-like tower separate from the main house that evokes the bathhouses of Rome or the famed hammams of the Middle East. In it, there’s a charcoal gray, poured-concrete tub that faces a mosaic-like stained-glass window placed to take advantage of the sunrise; in the mornings, the blue and yellow tiles cast an oceanic glow across the austere tub. After a bath, the water drains directly into the garden outside. It is a shrine to bathing. “It’s my one guilty pleasure,” he says with a smile.

To Christiansen, giving a person the gift of self-care is the ultimate luxury, something deeply profound. “We got a letter from someone. She worked multiple jobs and raised children by herself,” he recalls. “And she said that the only time she gets to herself, her version of going to the spa, is the three minutes she gets in the shower in the morning. That’s it! And how nice it was to have products in there that she loved. That was such an honor.” 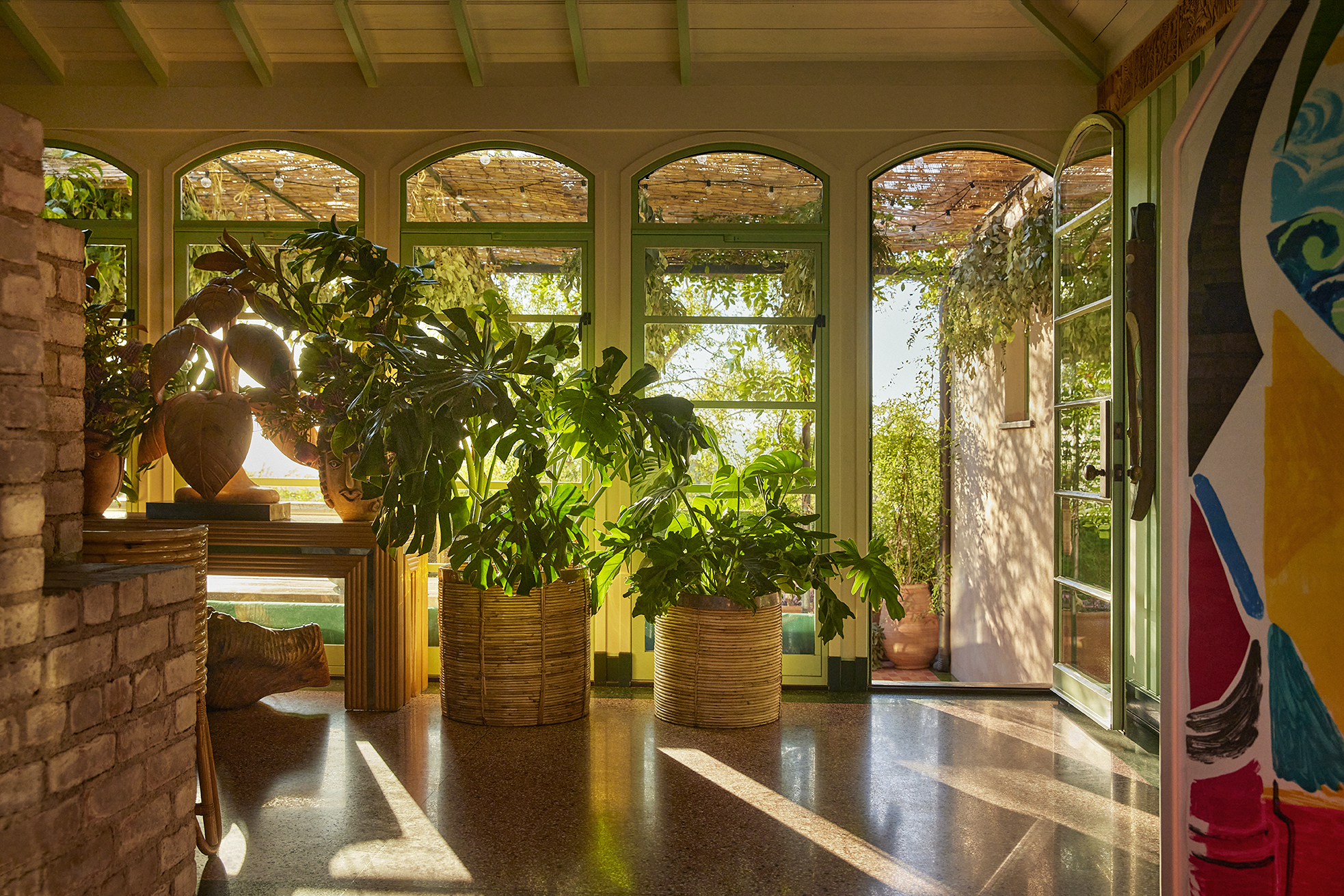 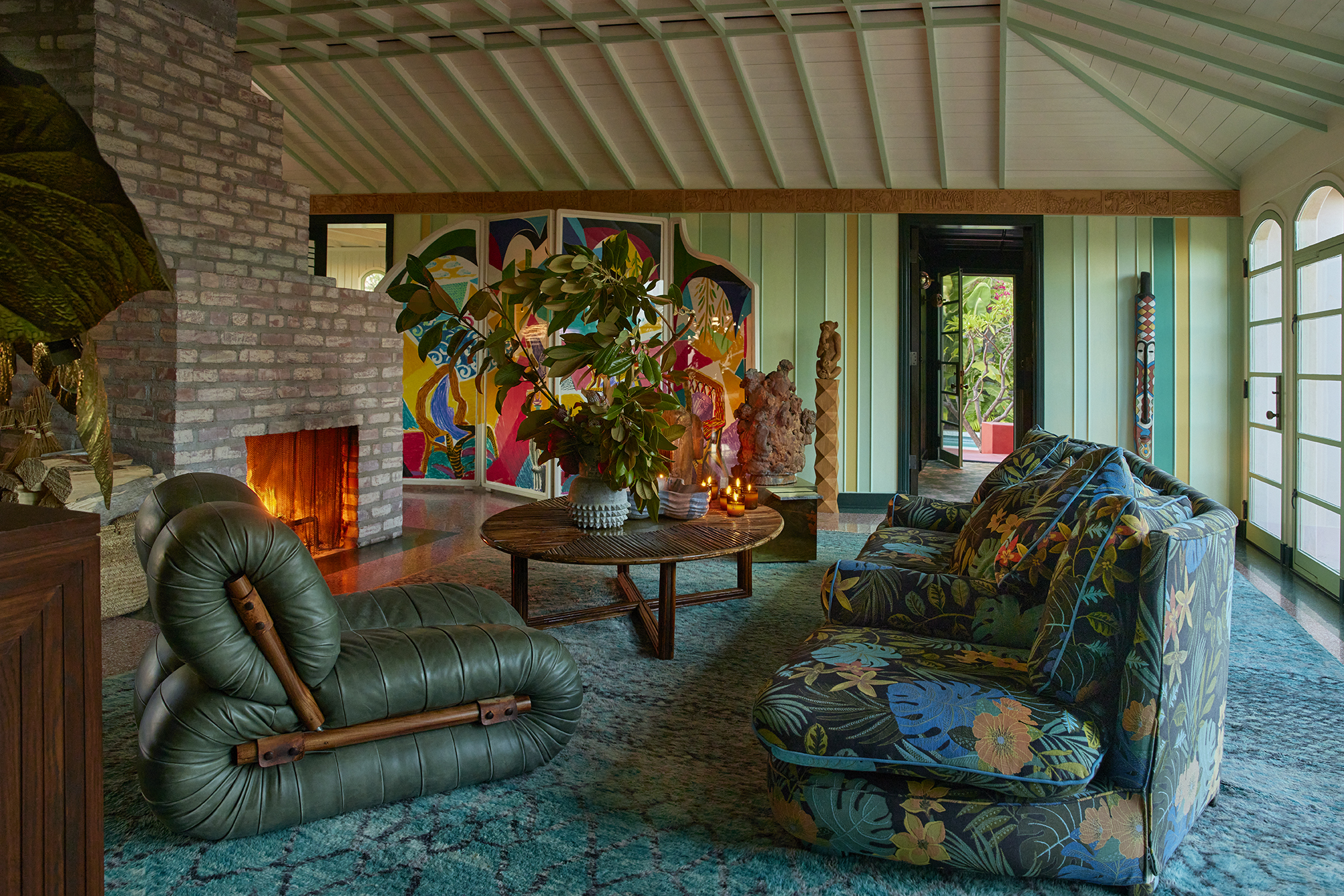 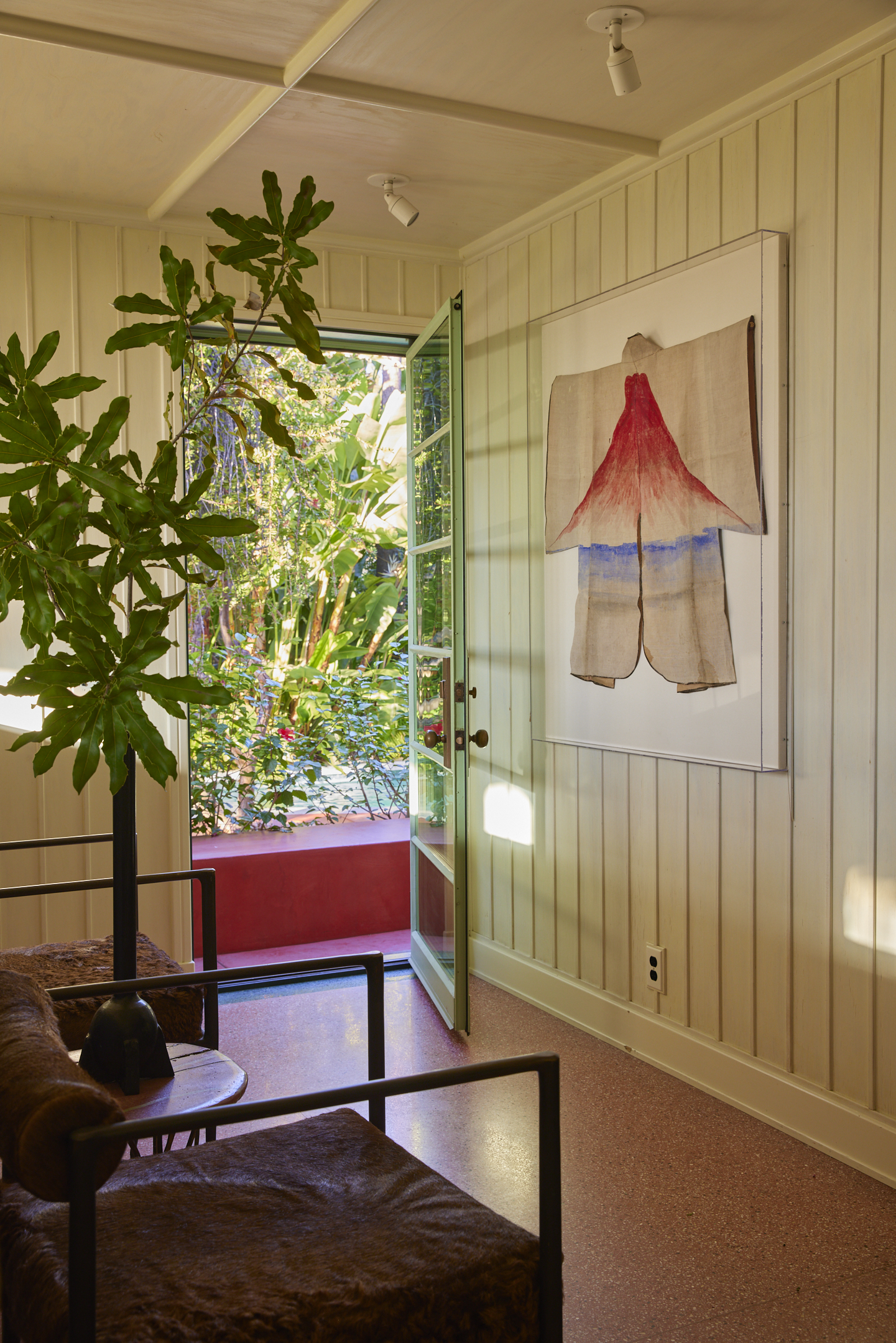 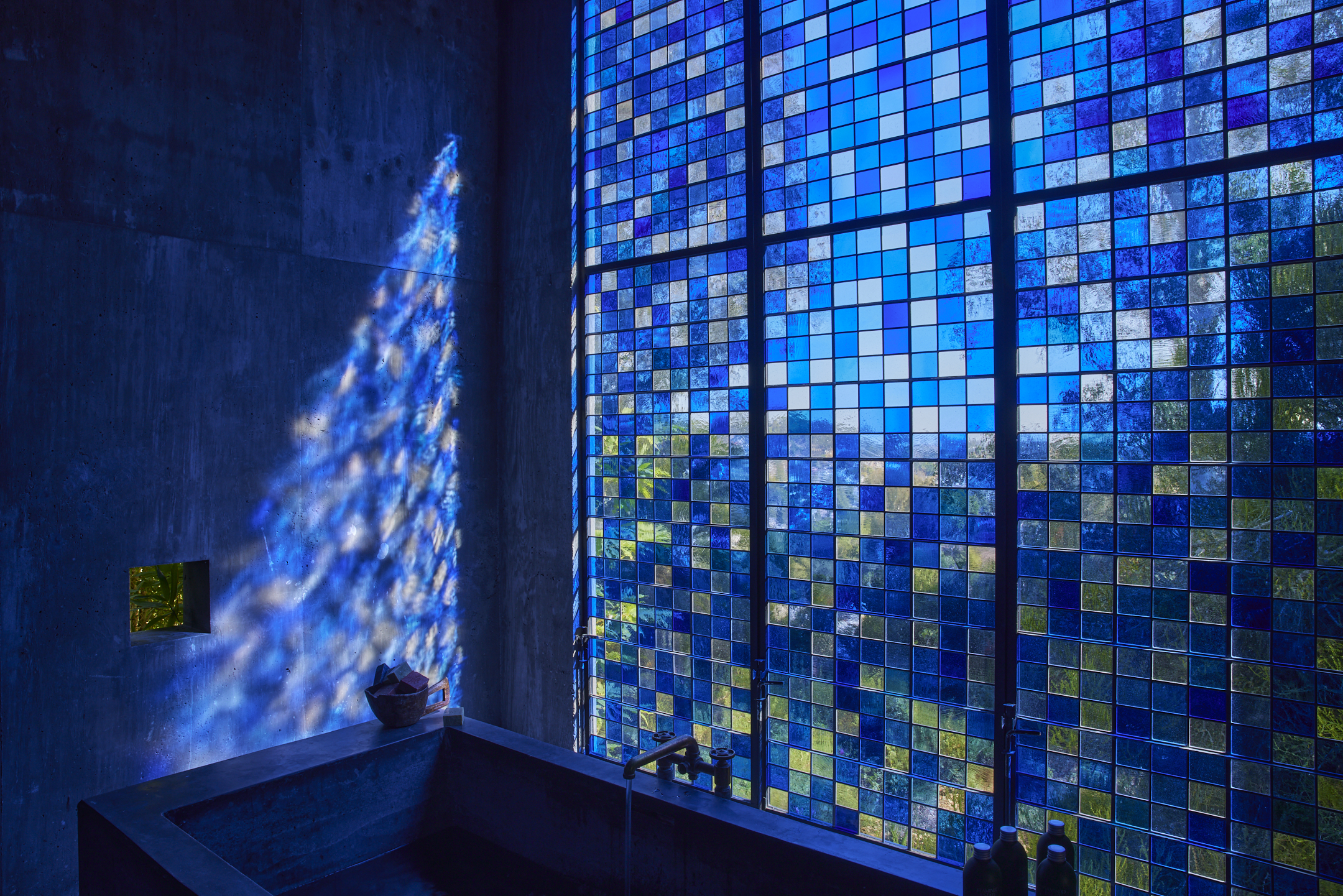 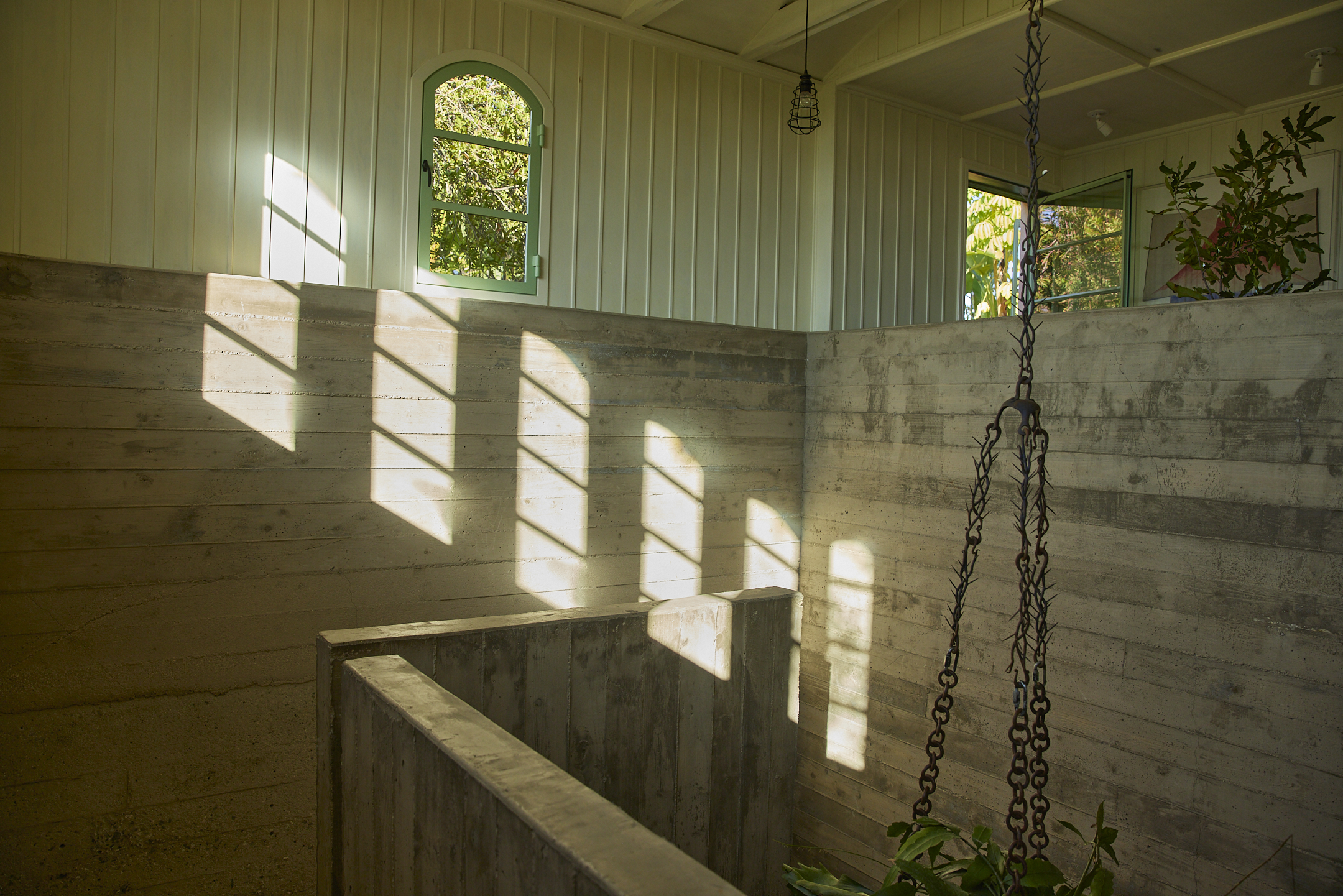 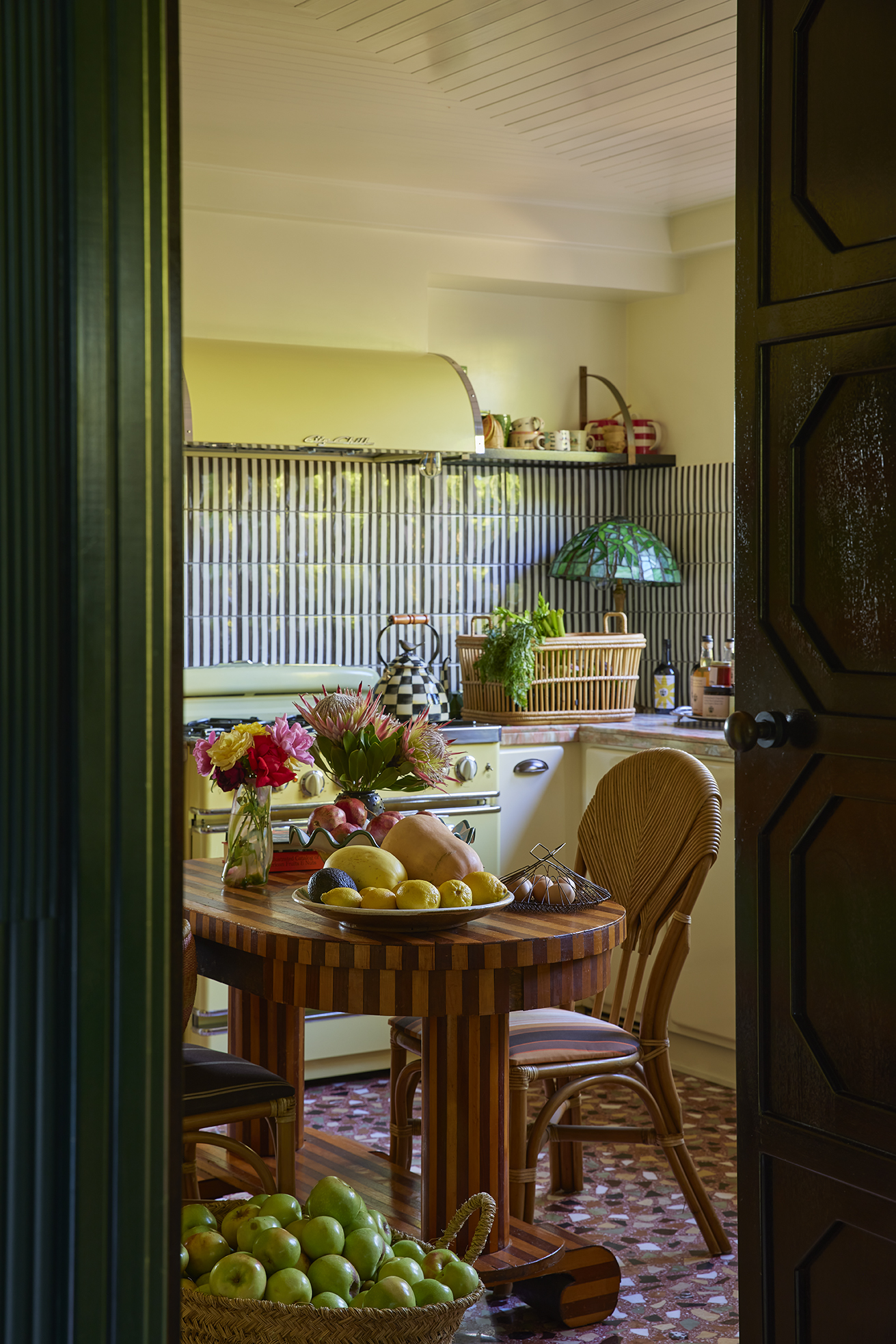 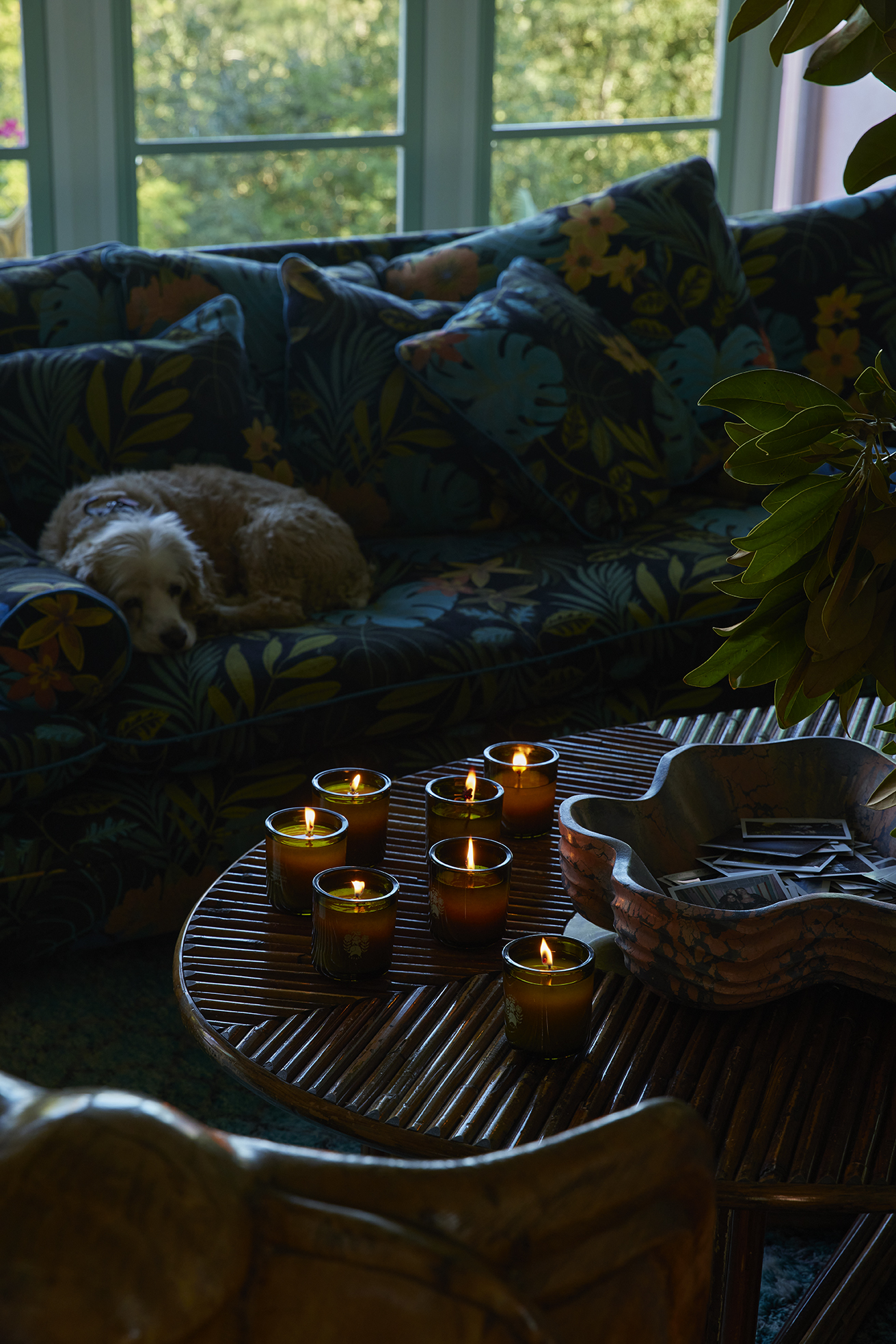 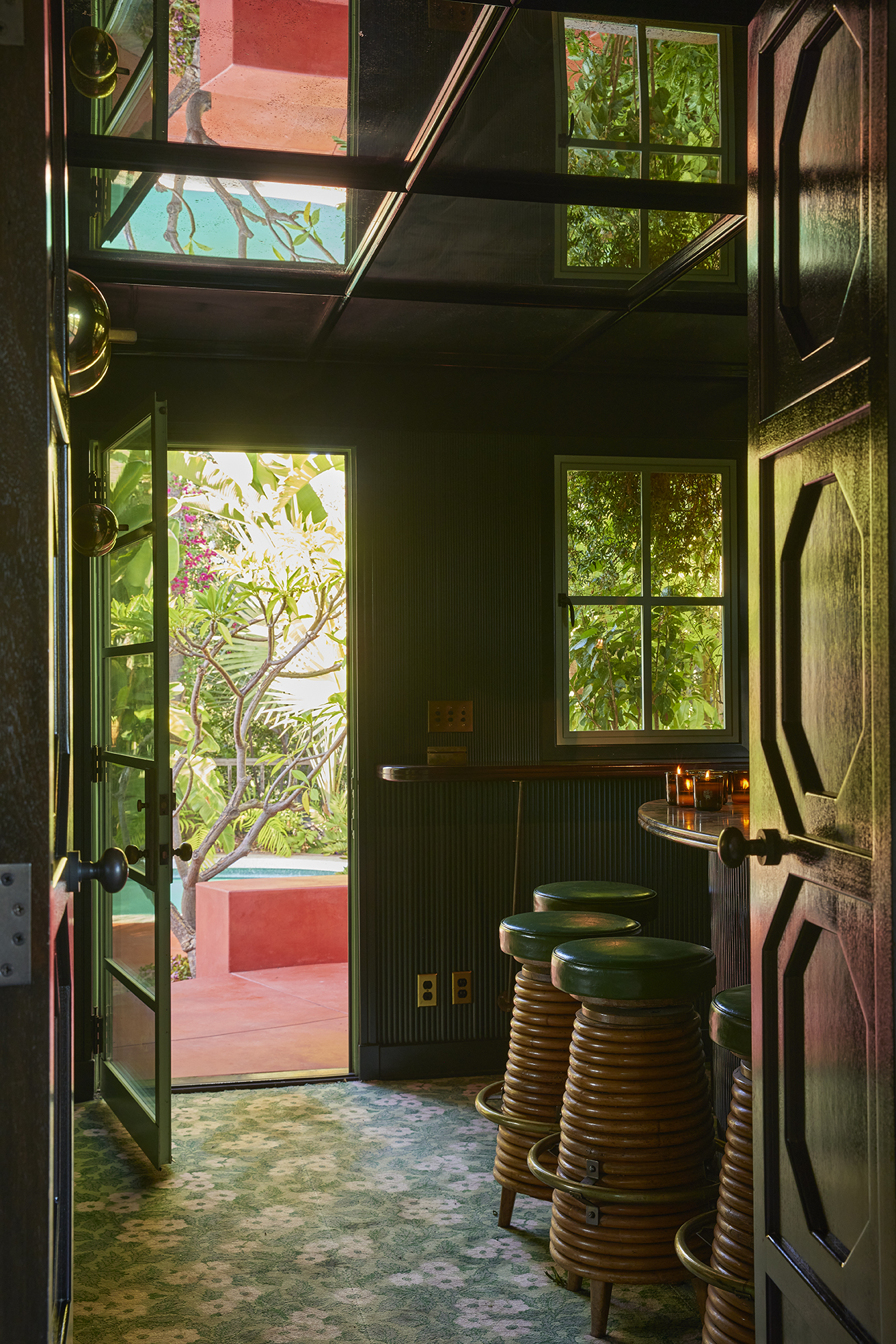 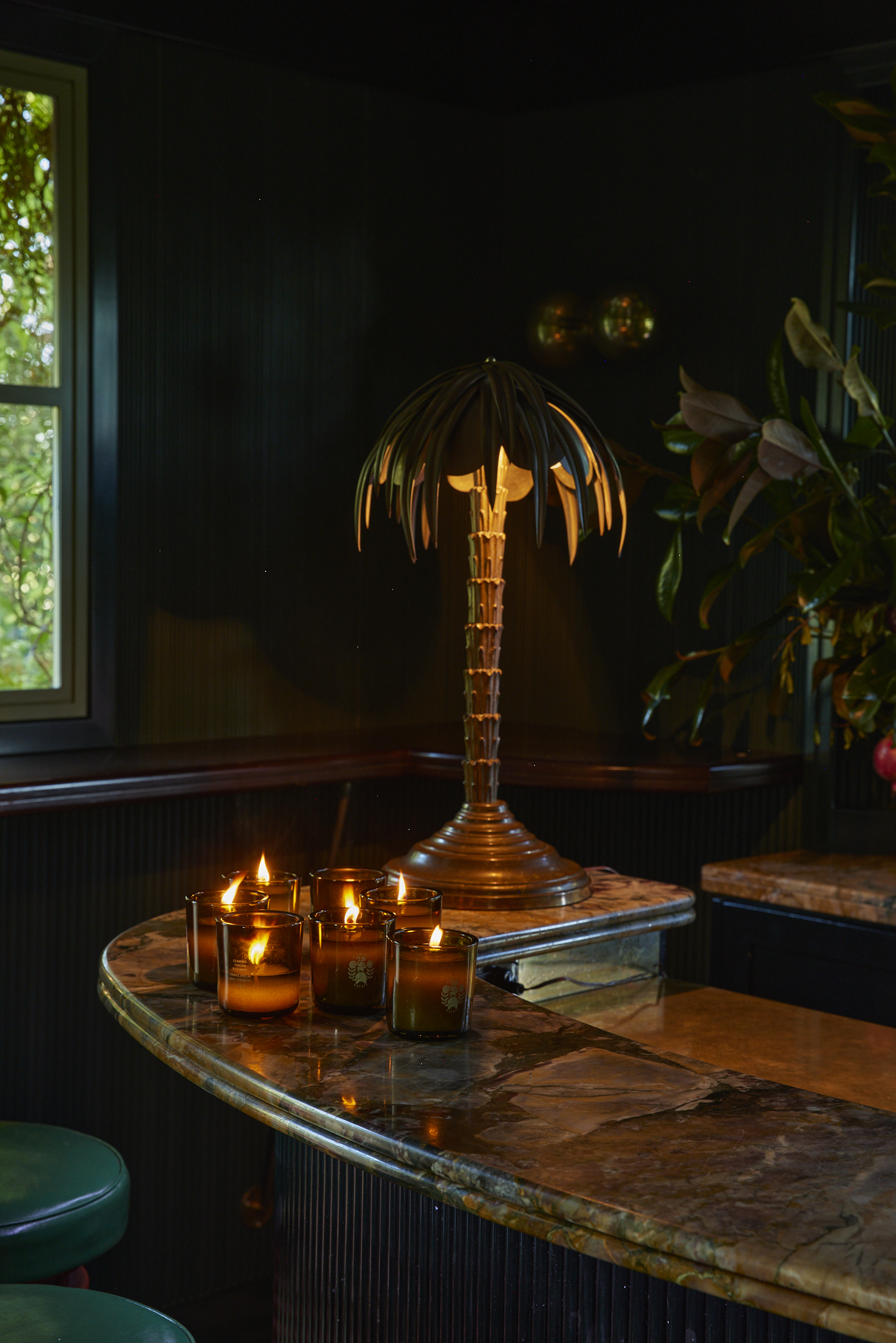 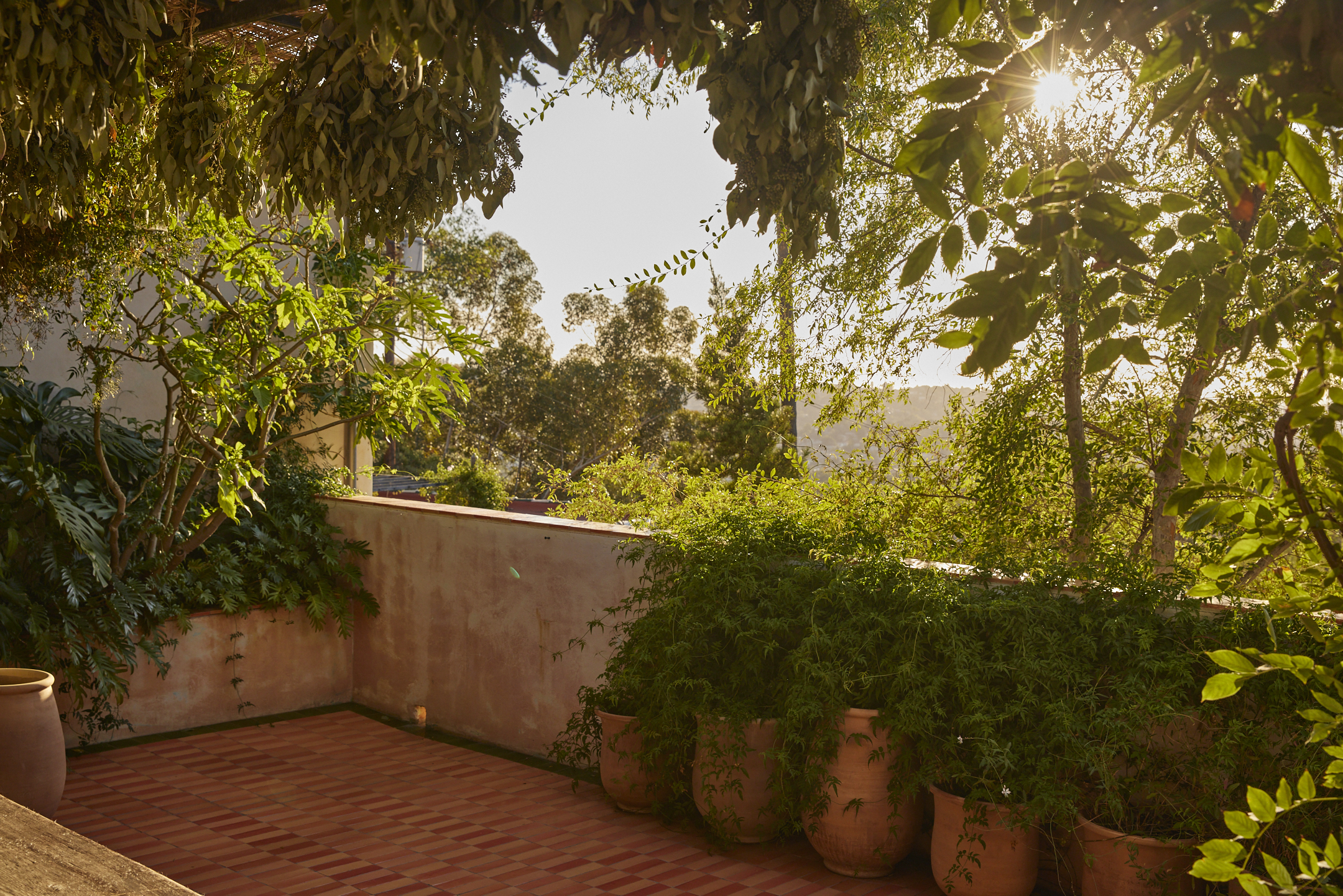 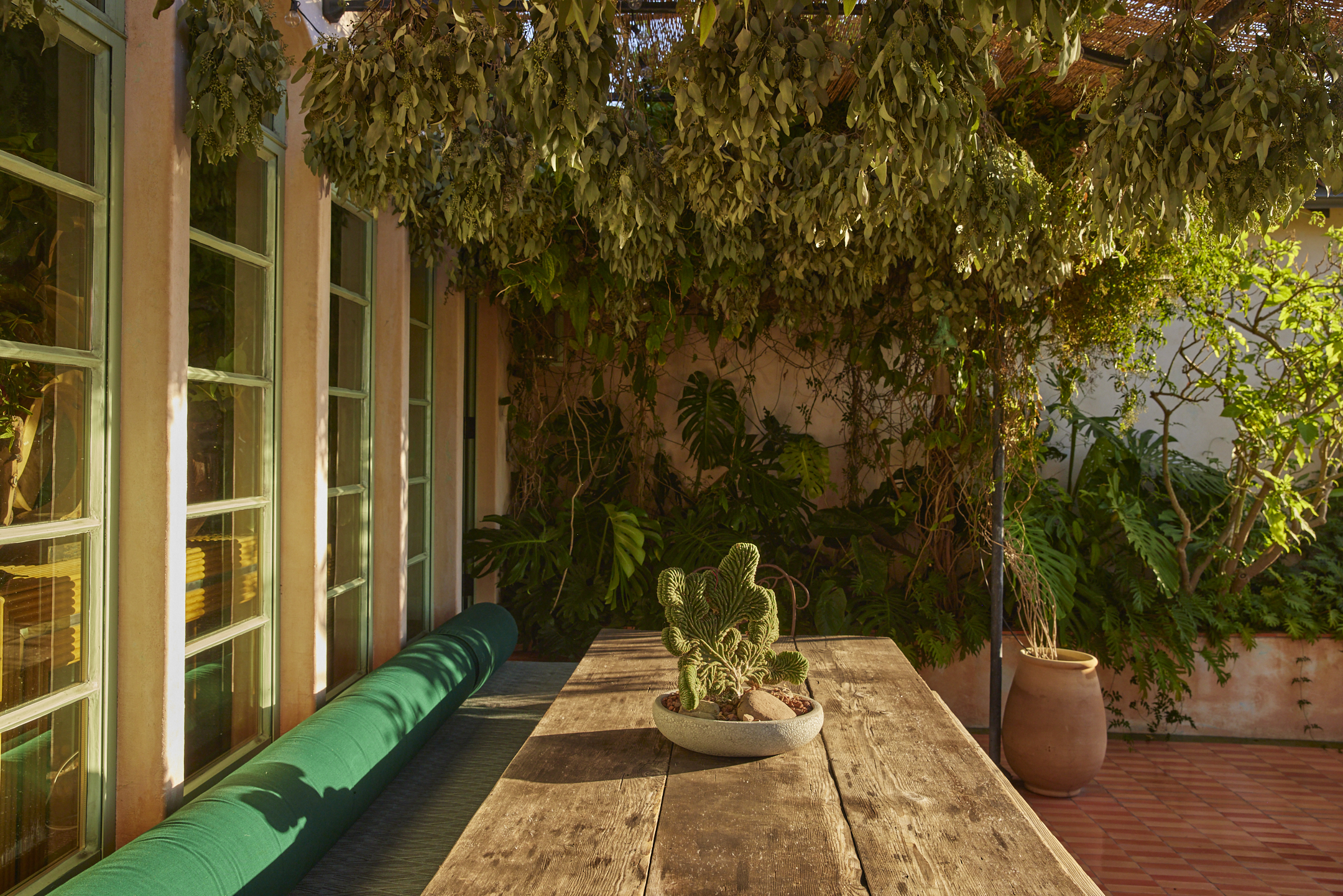 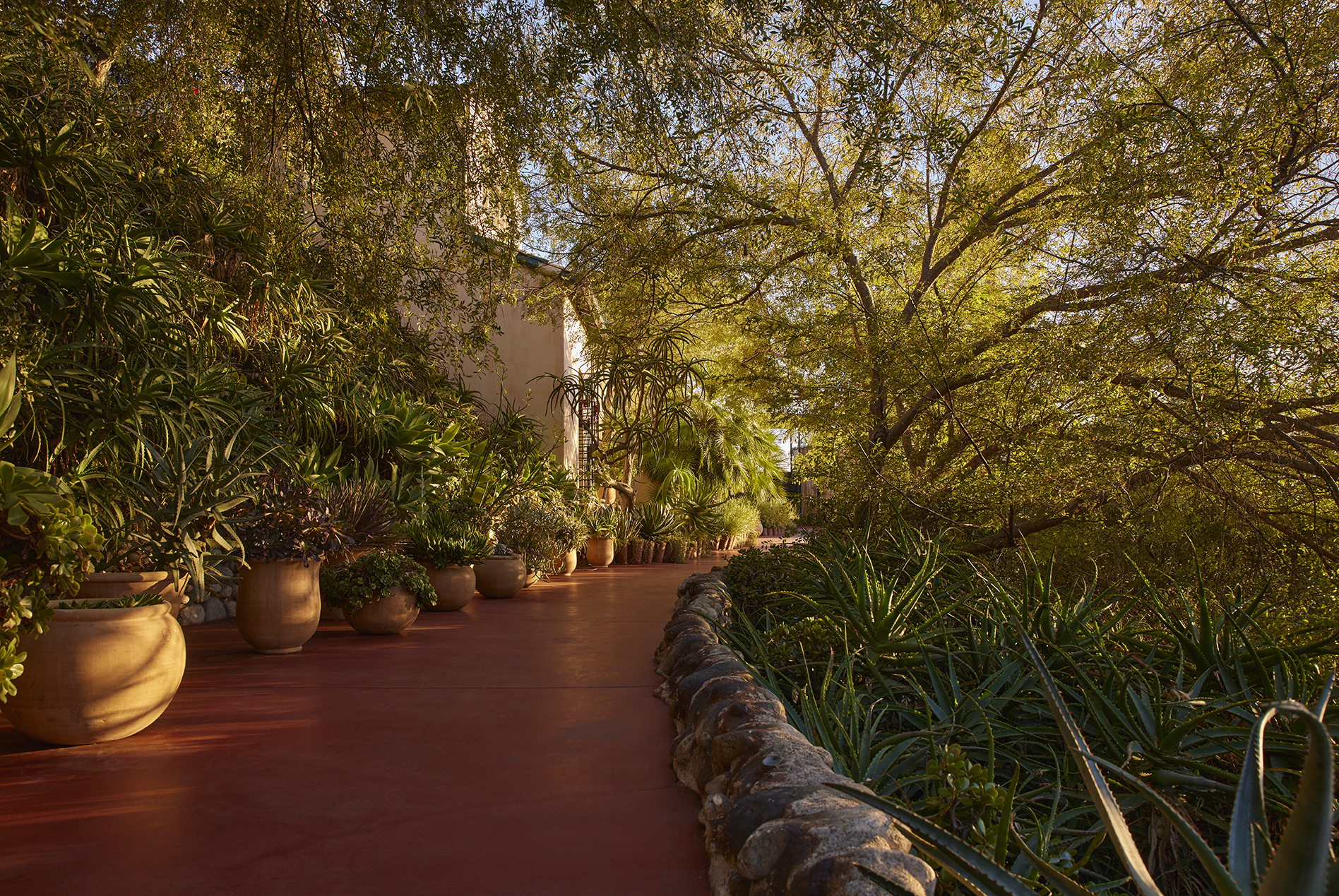 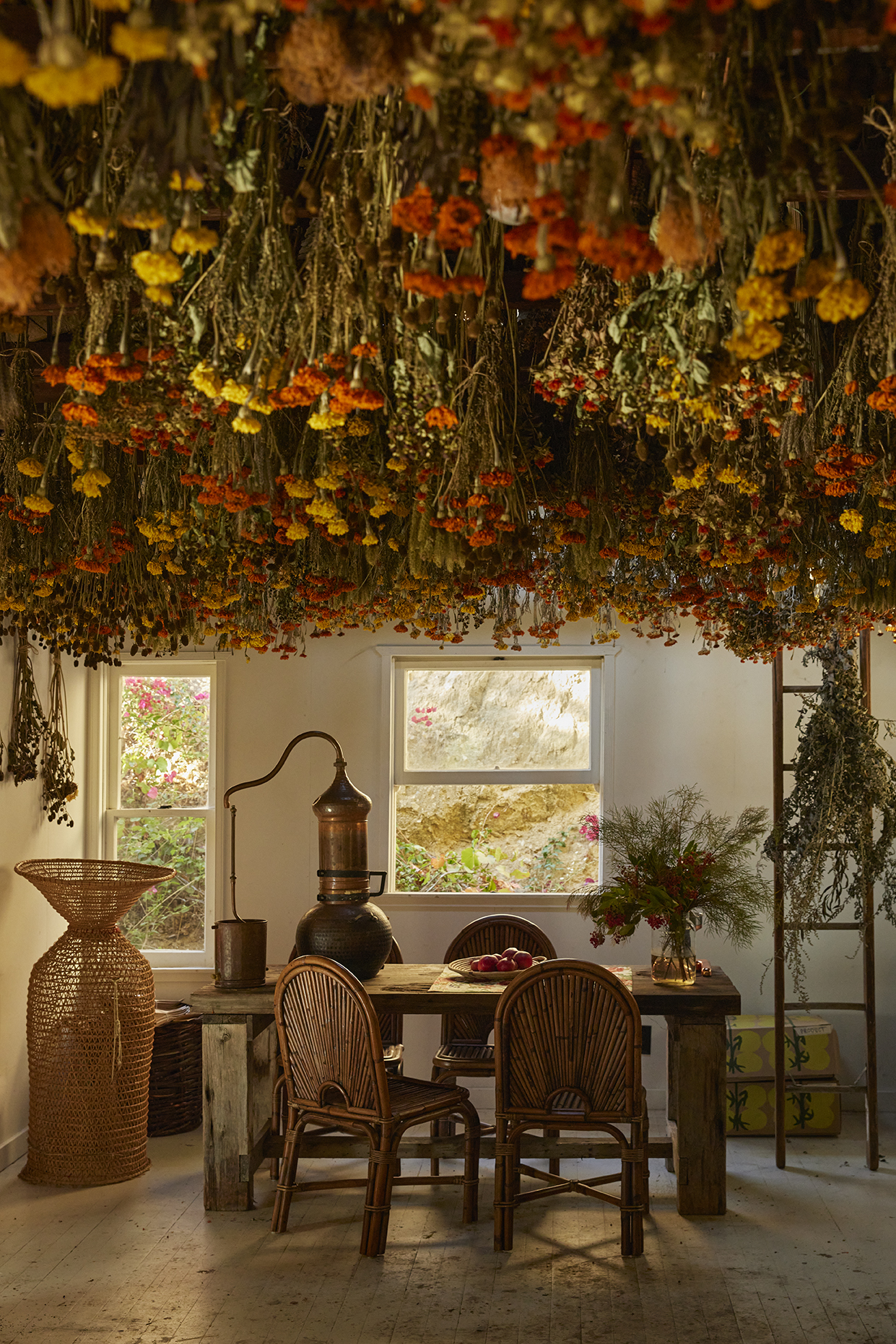 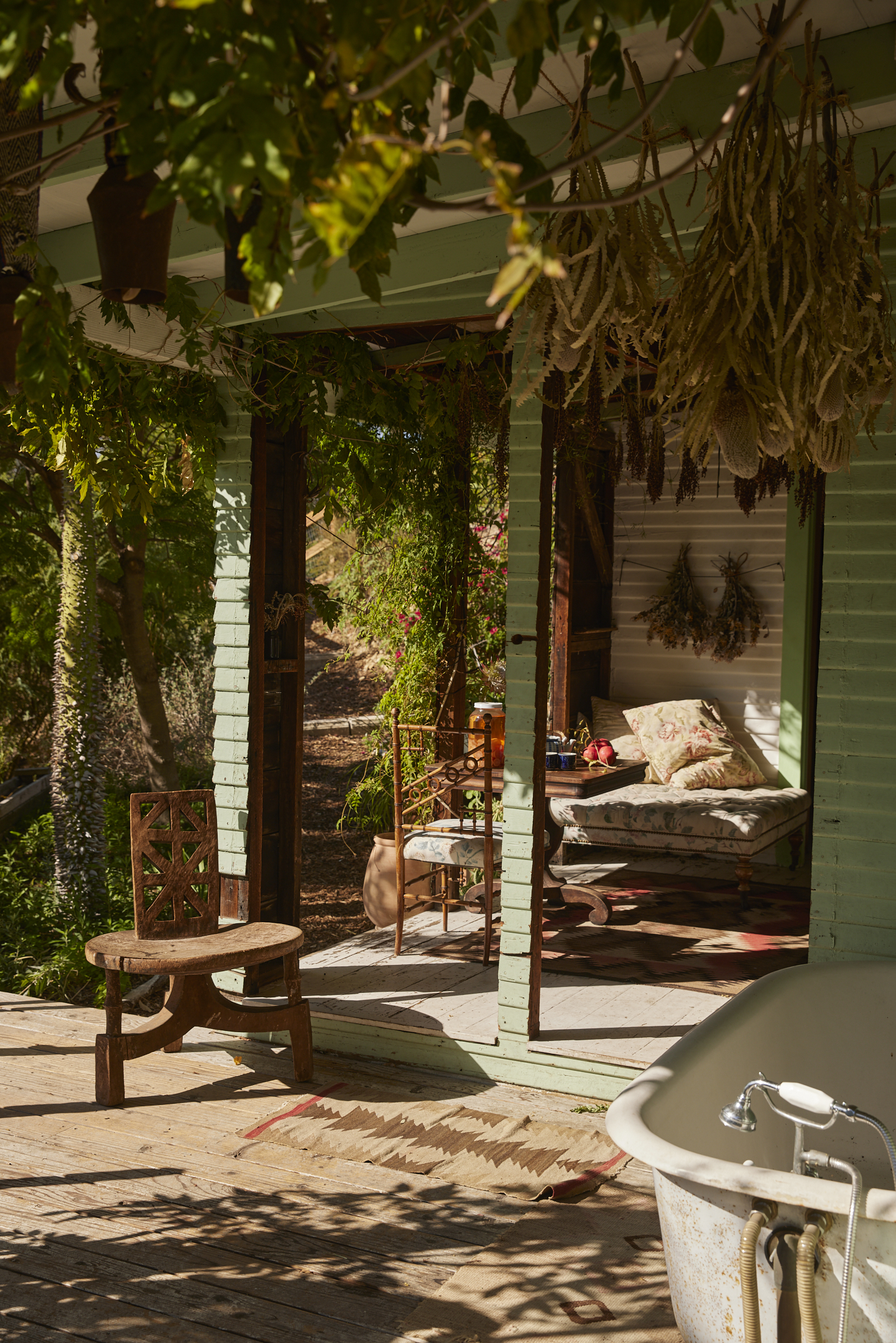 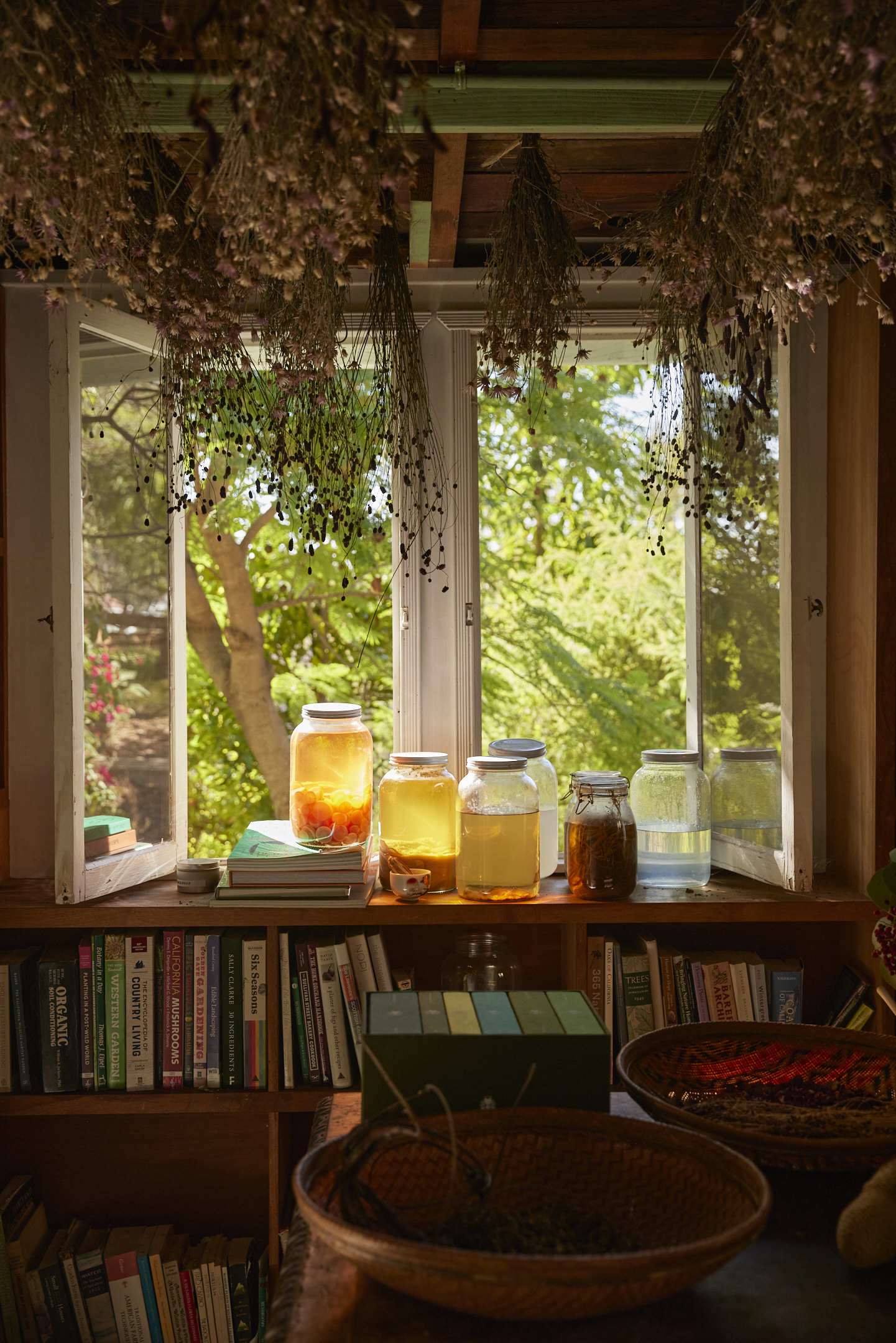 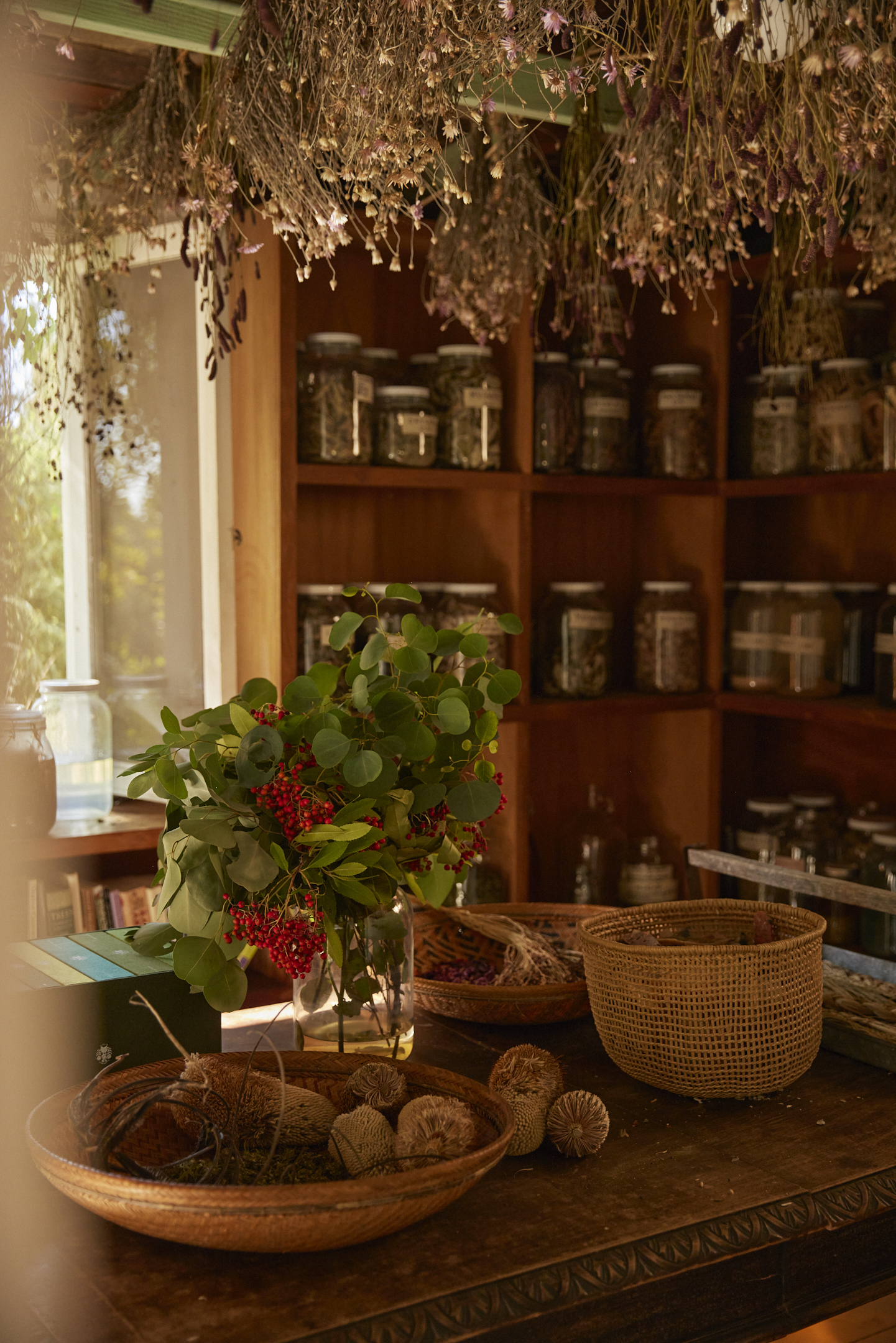 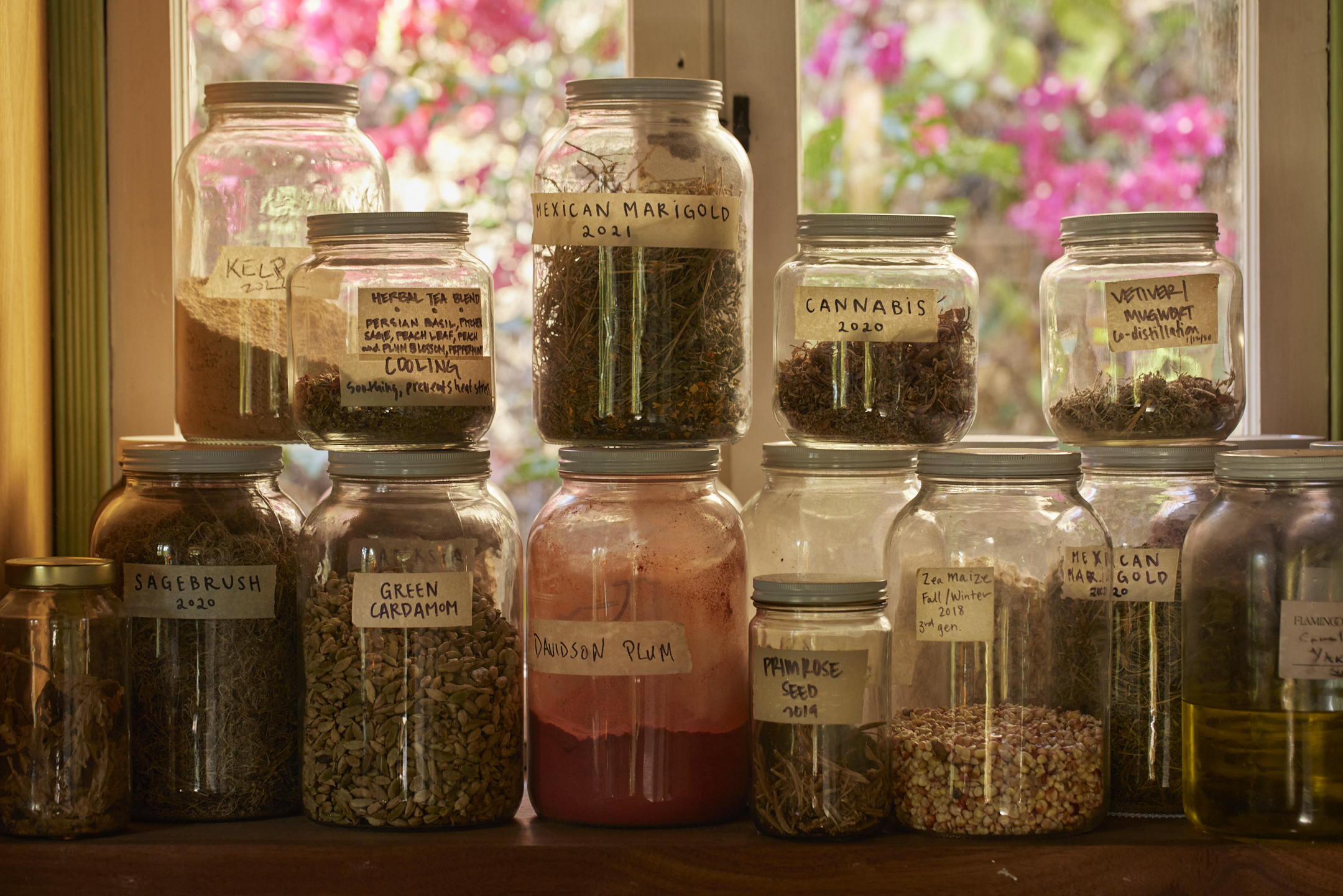 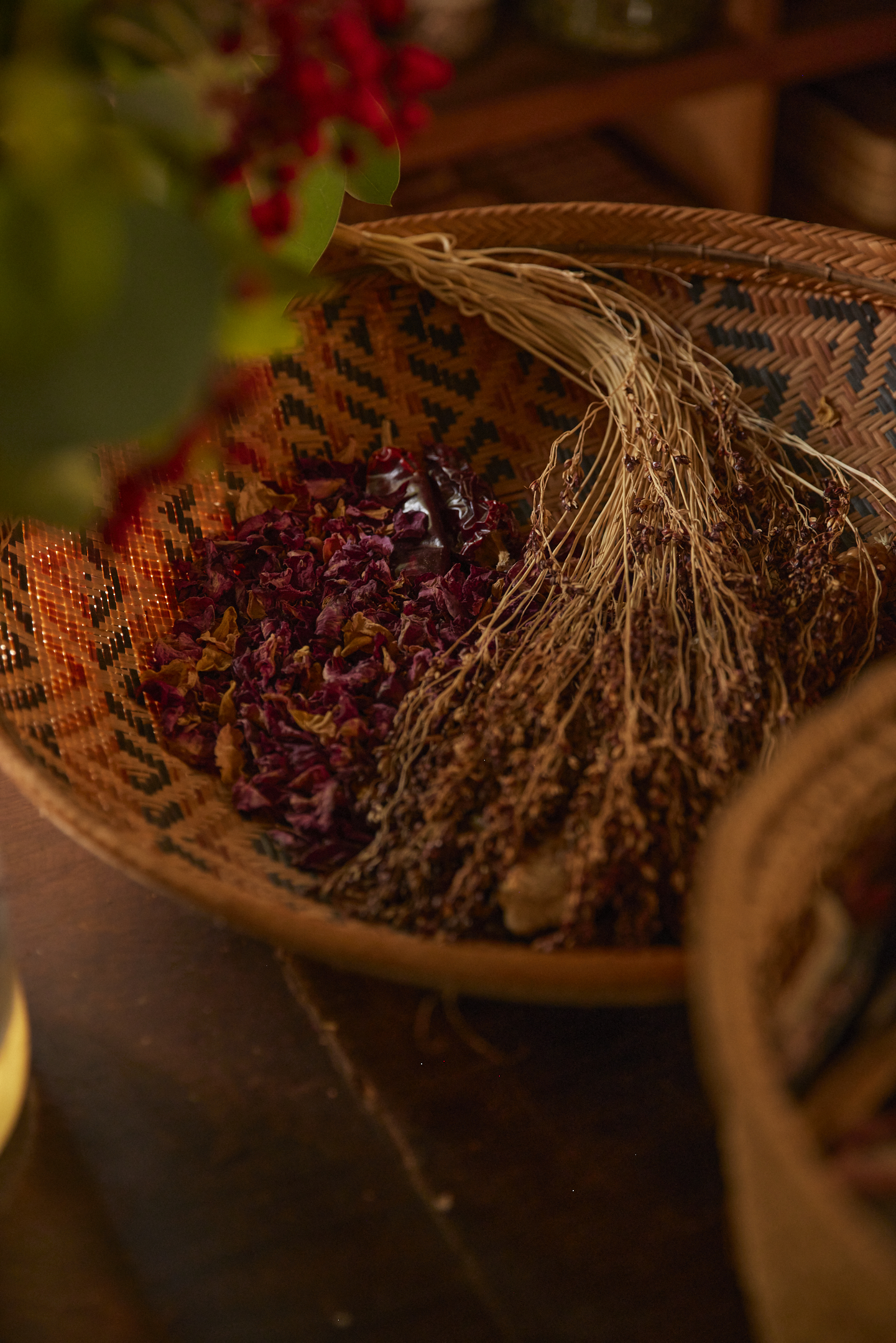 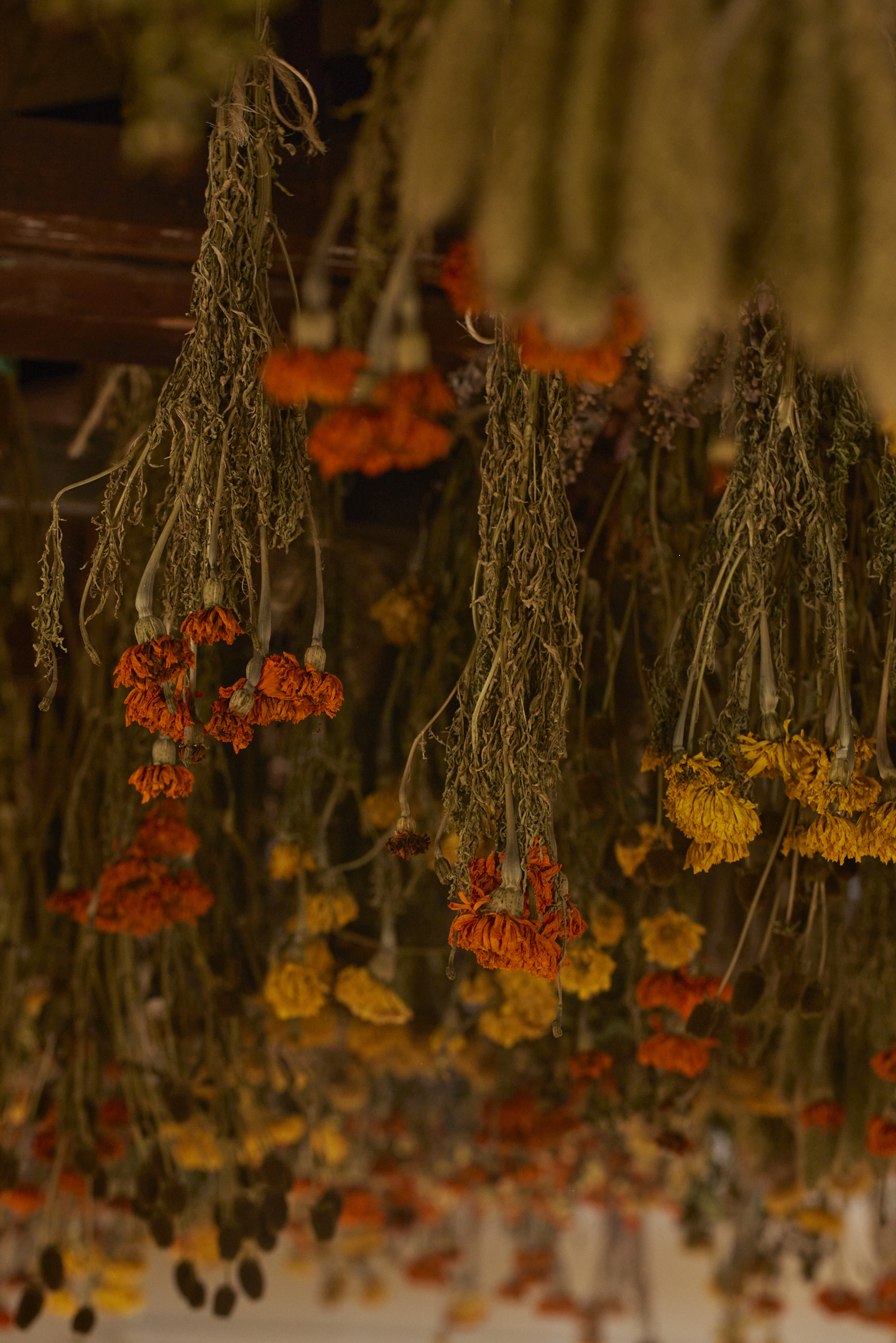 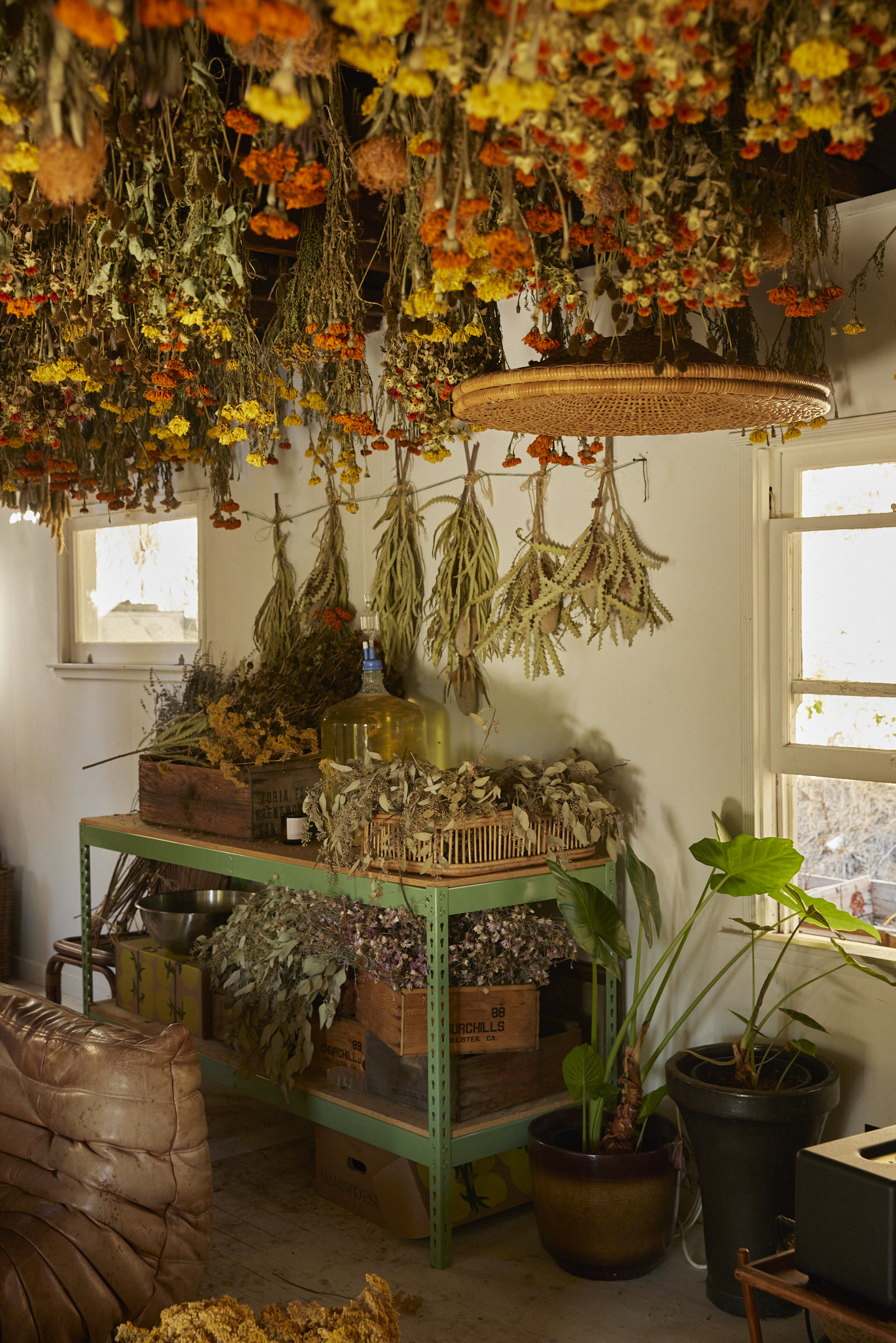 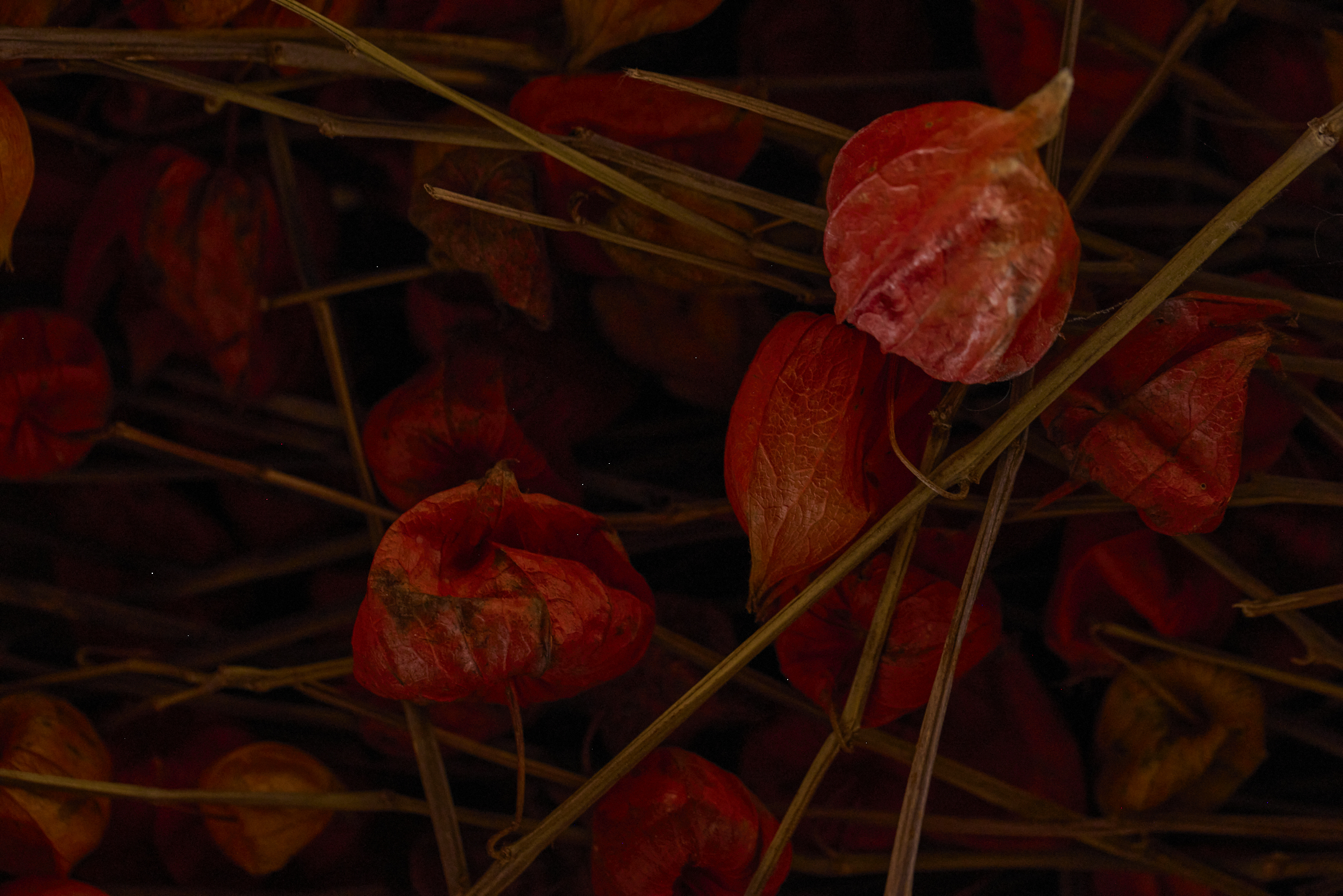 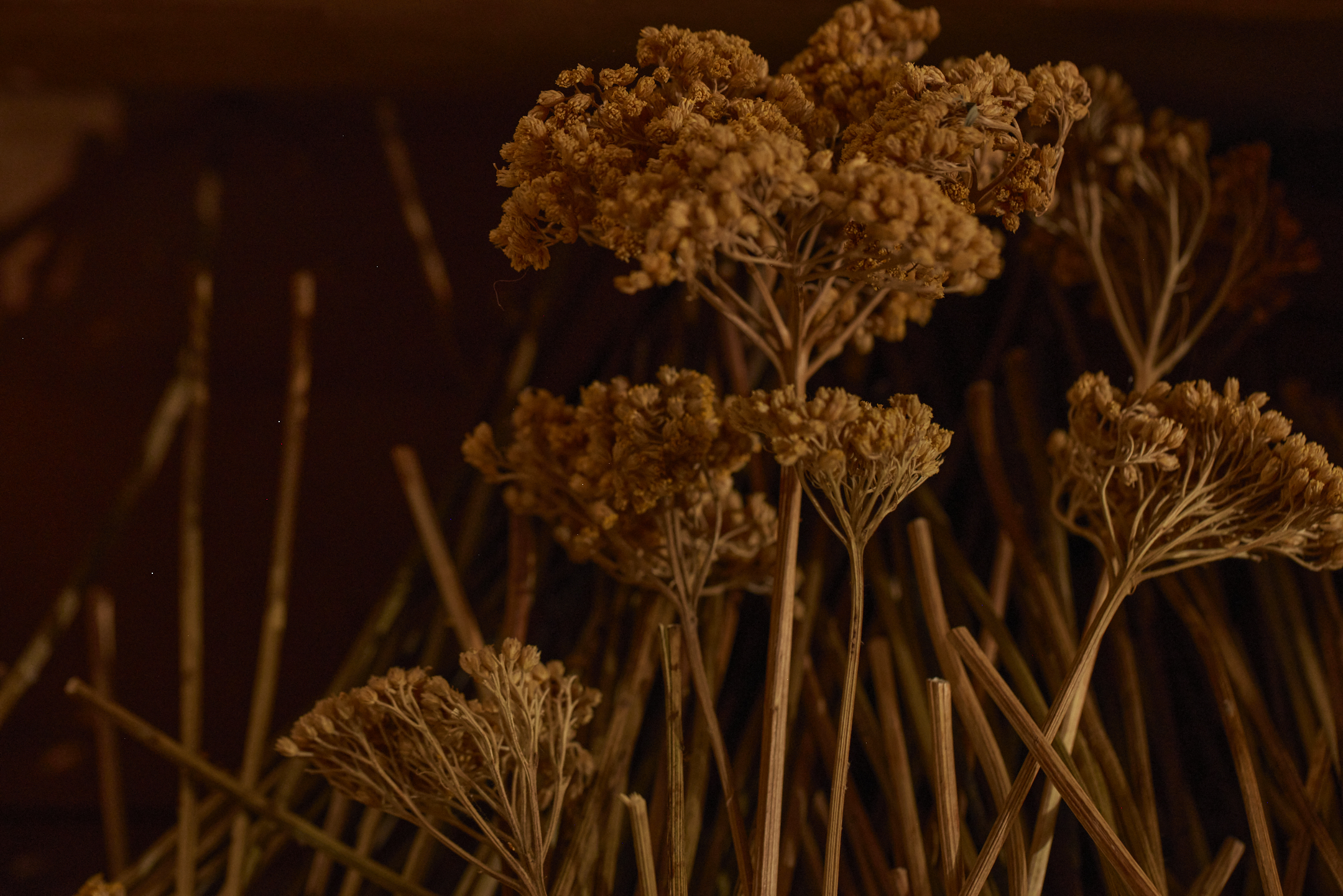