Isamu Noguchi was born out of wedlock, the biracial son of a Japanese poet and his American editor. Subject to racism, rejection and internment, Noguchi never felt at home in either country. This alienation inspired restless travel, as he sought inspiration from a variety of cultures and art practices. However, his father’s island always exerted the strongest pull. In 1964, Noguchi — now 60, world-famous and at the height of his powers — was ready to return to Japan on his own terms. He began looking for a second home, and an atelier capable of producing the monumental stone sculptures that would define the last 20 years of his career.

He found both when architect Tadashi Yamamoto introduced him to 25-year-old Masatoshi Izumi, who would become his most treasured assistant. Izumi was born into an exalted lineage of stonecutters. Where Noguchi was cut off from his inheritance, Izumi inherited his family’s studio, craft, and quarry. Izumi’s father taught him — just as his father’s father had taught him — the traditional methods, such as how to measure, cut and move stones to place in Japanese gardens. His apprenticeship now complete, Izumi was experienced enough to shepherd Noguchi’s most difficult projects, while young enough to remain open to new ways of thinking about stone.

With their first collaboration, Noguchi threw Izumi directly into the fire. Black Sun (1967—69) started life as a 30-ton block of Brazilian granite, which they whittled down to an impeccably polished 12-ton ring. A flaring halo, Black Sun bristles with violence and shimmers in sunlight. Its cosmic power is generated by the void at its centre, a black hole whose gravity warps the mass around it. To this day, it draws visitors to Seattle’s Volunteer Park, where the view through its aperture has become the primary focus of both Instagrammers and seekers of passionate intensity.

“The shape looks very simple, but it was very hard to make,” Izumi explains. After long days of struggle, Noguchi would collapse, exhausted. Izumi’s property in Mure, Takamatsu, is vast, half stoneyard, half garden, but none of the structures on it were suitable for “Noguchi- sensei.” So Izumi, Noguchi, and Yamamoto located, dismantled, and rebuilt an Edo-period merchant’s home, which became Noguchi’s house, Isamu-ya. When it was finished, Izumi desired his own dwelling, a stone home equal to Noguchi’s wooden one. Once again, he called on Yamamoto, who drew plans, which Izumi turned into masonry walls. In the middle they placed a circular column, its shaft made from local Aji stone, its capital, the core-cut centre of Black Sun.

This salvaged cylinder still bears the scars of its violent removal, and is the physical and spiritual core of Stone House. It supports a slender truss system that floats over the walls. Painted red at Noguchi’s urging, the grid is flagrantly hi-tech in contrast with the low-tech stonework. Equal parts Superstudio, Cedric Price, and Bernard Rudofsky’s Architecture Without Architects (1964), Stone House is a compelling, one-of-a-kind synthesis of competing trends in late modernist thought and design. To this day it remains both timeless and distinctly 1972. Noguchi appropriately dubbed it a “modern temple.”

Most structures shelter us from the elements and the world beyond. Stone House accomplishes the opposite, reconnecting its occupants to natural rhythms and cycles of geological and cosmic
time. At night, the only illumination comes from Noguchi’s paper lanterns, but during the day, light spills in through the open clerestories and splashes against the rough-hewn walls. Every morning Izumi wets the floors, a contemplative practice called uchimizu, while his wife Harumi arranges tableaux of wild flowers and fresh-picked fruit that change with the seasons. “It cheers the hearts of many people,” enthuses Izumi. “It’s a peaceful place. Being inside these stones is like being inside a cave, and stepping outside changes the colour of the light and air. The world appears different.”

Outside, a menagerie of cut stones animates the grounds. Izumi tells me I should stop trying to discern which ones are finished sculptures and which are works in progress. “Sculptures and stones change depending on where they are placed, the time, and the feelings of the person looking

at them,” he says. Instead of imagining them on display in a white-cube gallery, I should let the stones live by aligning myself with them, by “thinking about the span of time they hold, by gazing at the future.”

Time is the central focus of Izumi’s practice, and for him it moves slowly. After assisting Noguchi for 20 years, he spent another 10 completing his deceased sensei’s unrealised projects. Finally, at the age of 60, the same age Noguchi was when they first met, Izumi turned his focus exclusively towards his personal art practice. His first solo exhibition, Stone Works 1 opened at Japonesque in 1995. His sculptures now reside in many collections including the Art Institute of Chicago and the Asian Art Museum of San Francisco. Today, at 82, Izumi remains an active artist still creating new works for the 21st century — and a cultural treasure with direct links to the traditional craft of stonecutting and the history of 20th century modernism.

In 1999, 11 years after Noguchi’s death, Isamu-ya was transformed into the Isamu Noguchi Garden Museum Japan. Over 150 sculptures are on display and the museum claims that many ‘are still unfinished’. However, if you ask the stonecutter next door, the man whose hands helped shape them, you’ll learn that stone is never finished, always changing, just like him, and just like you. 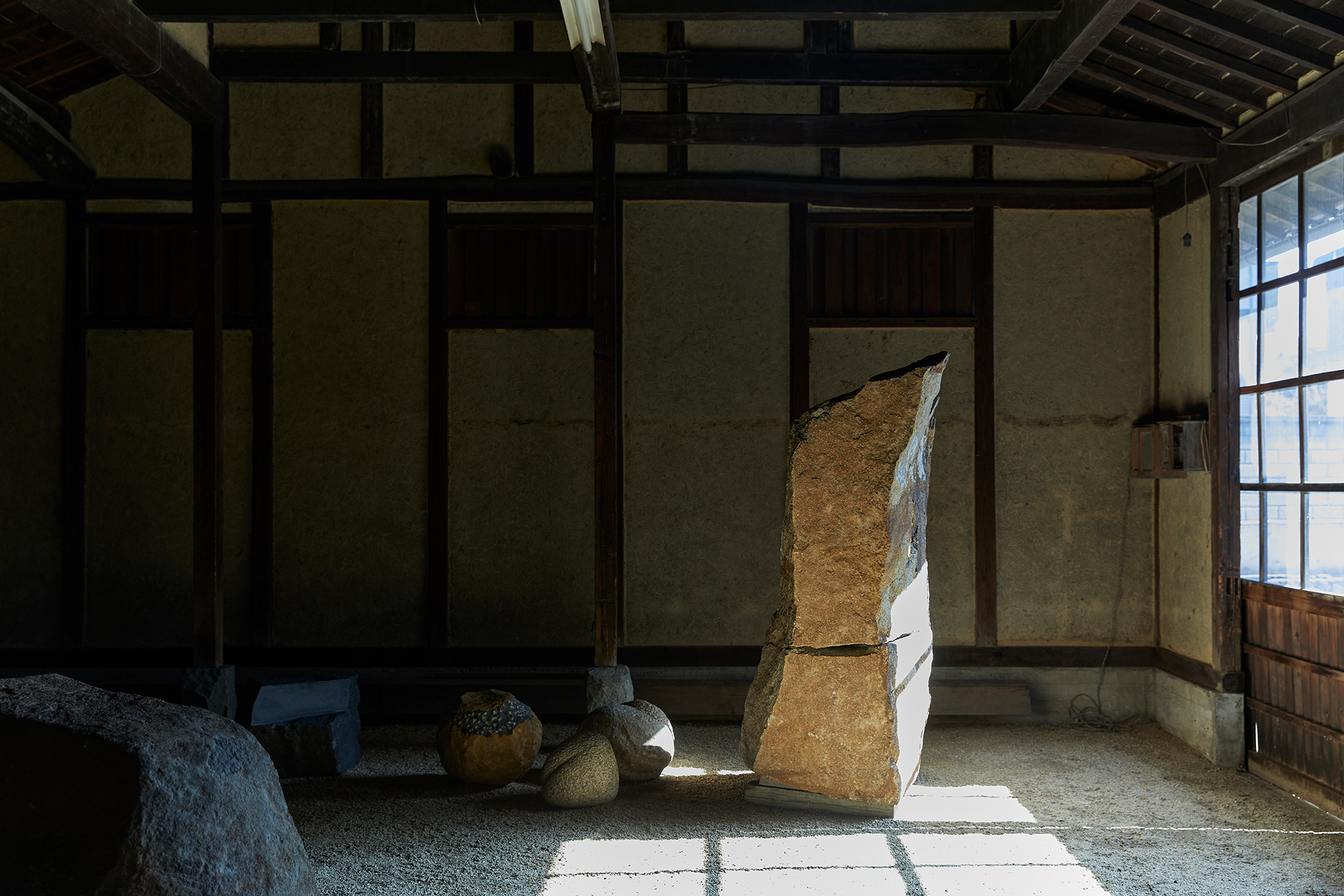 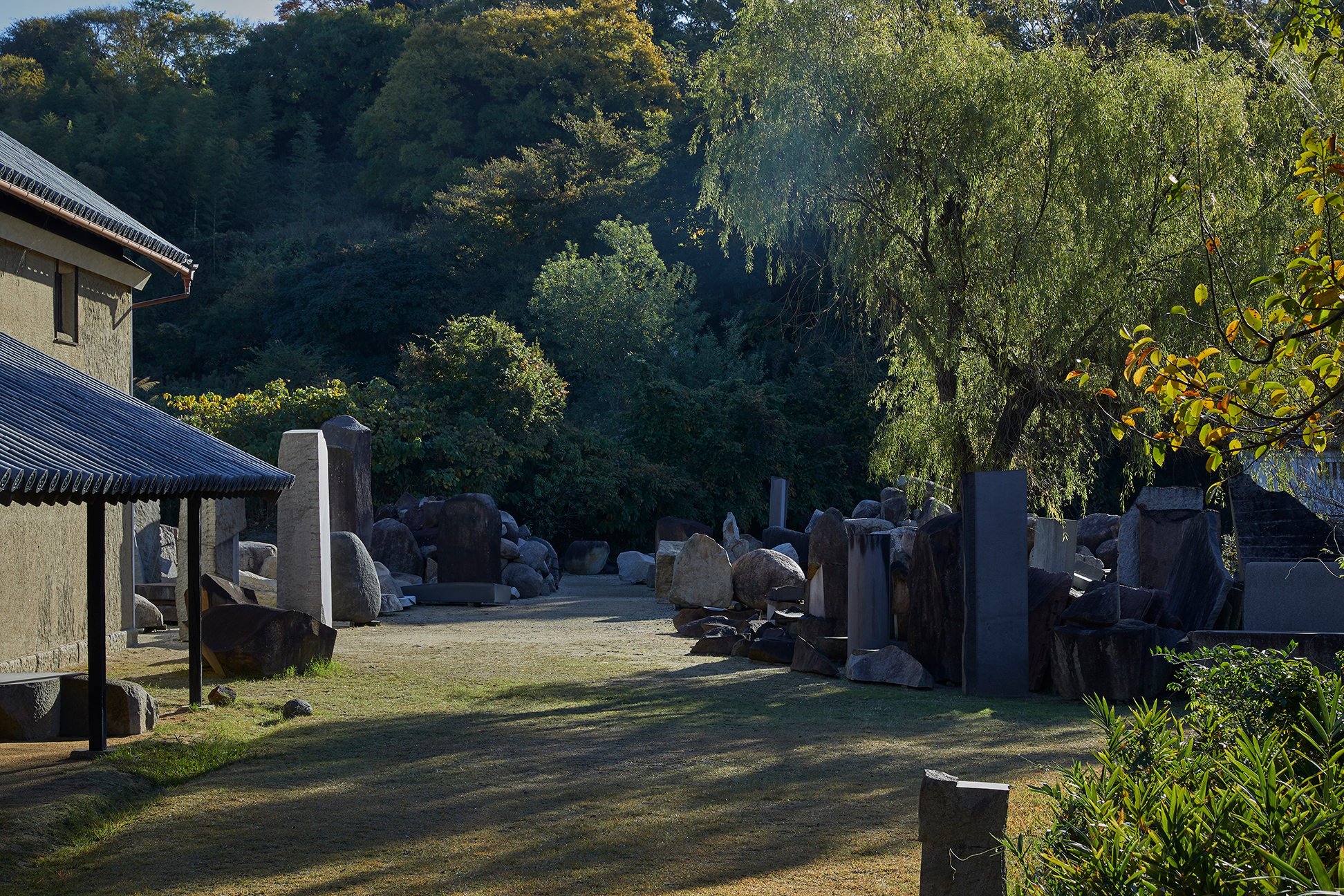 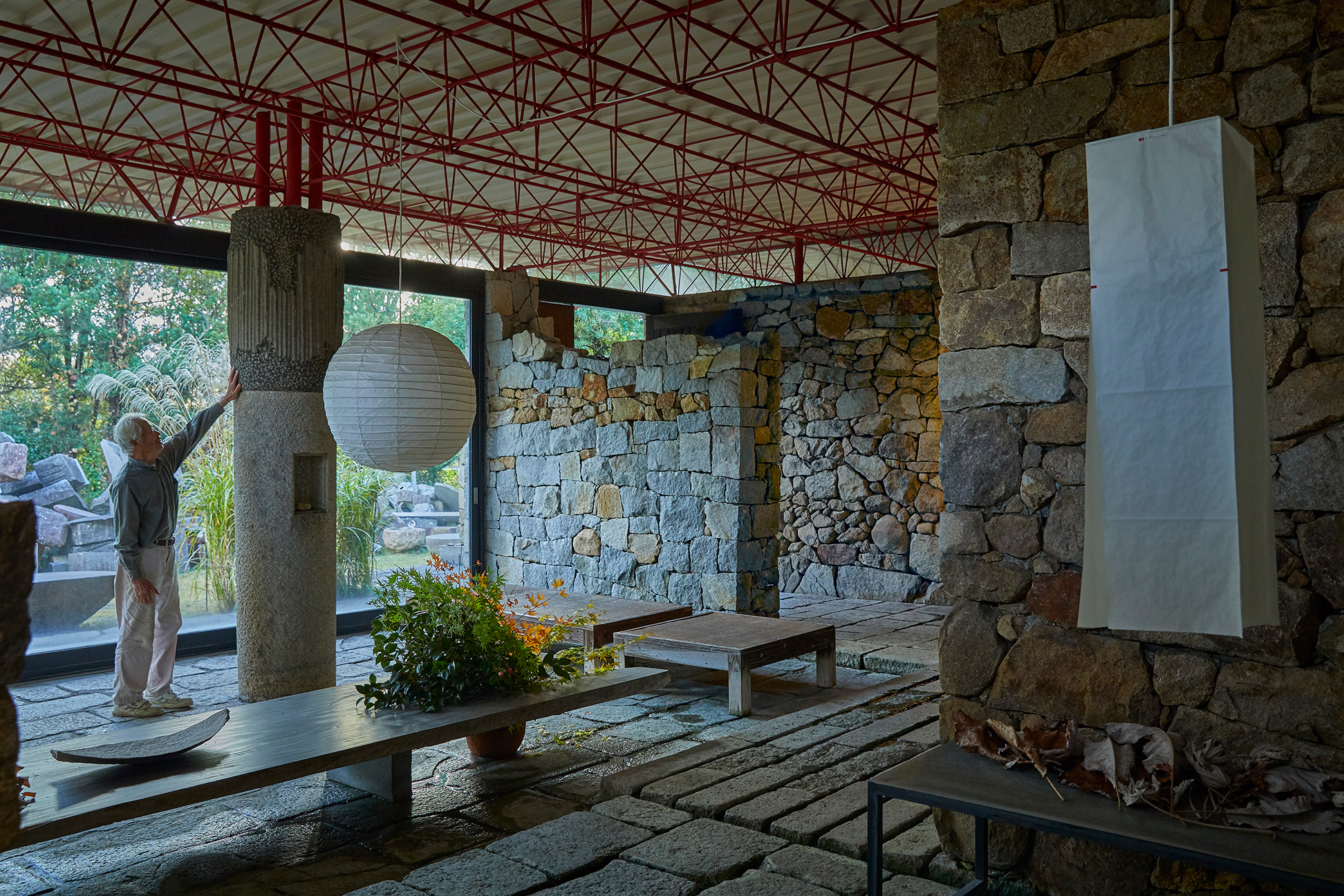 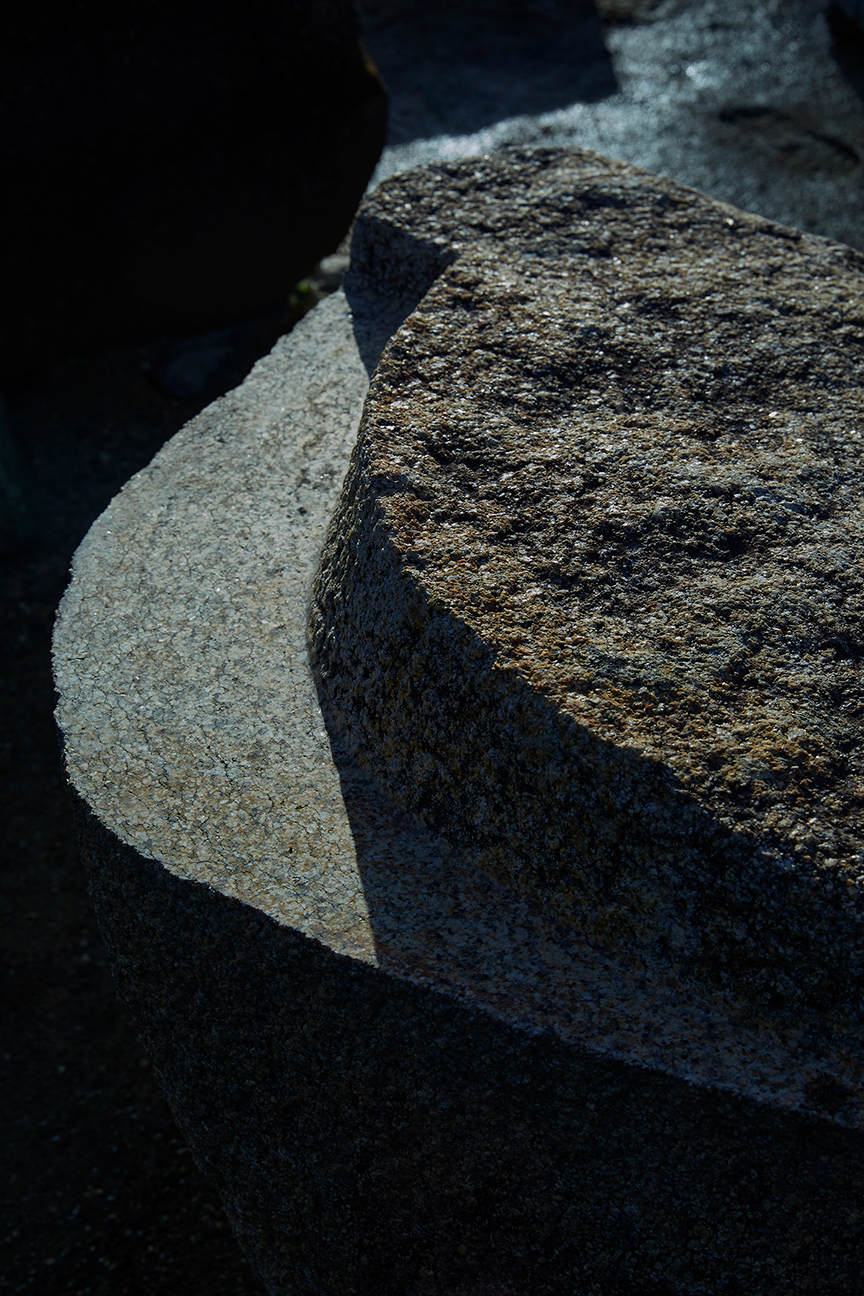 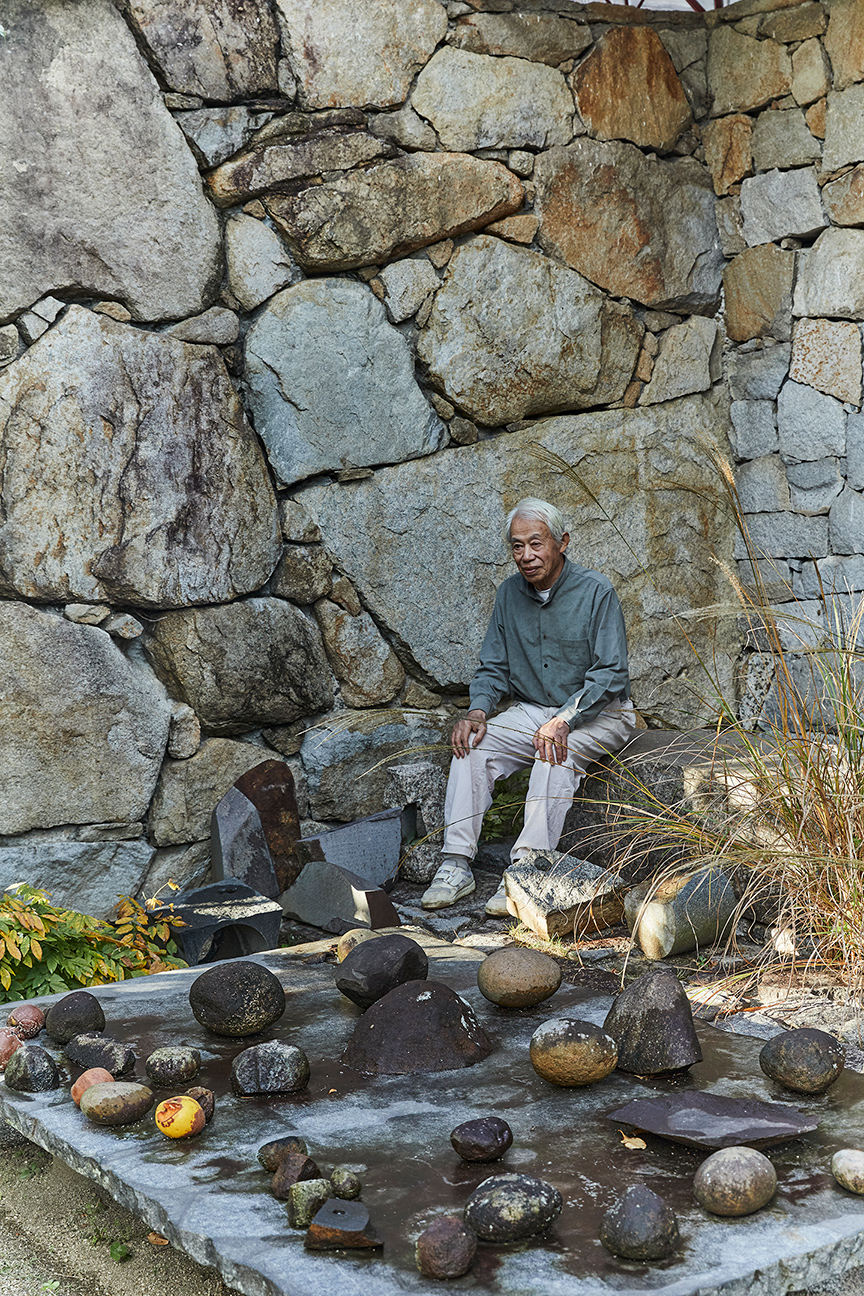 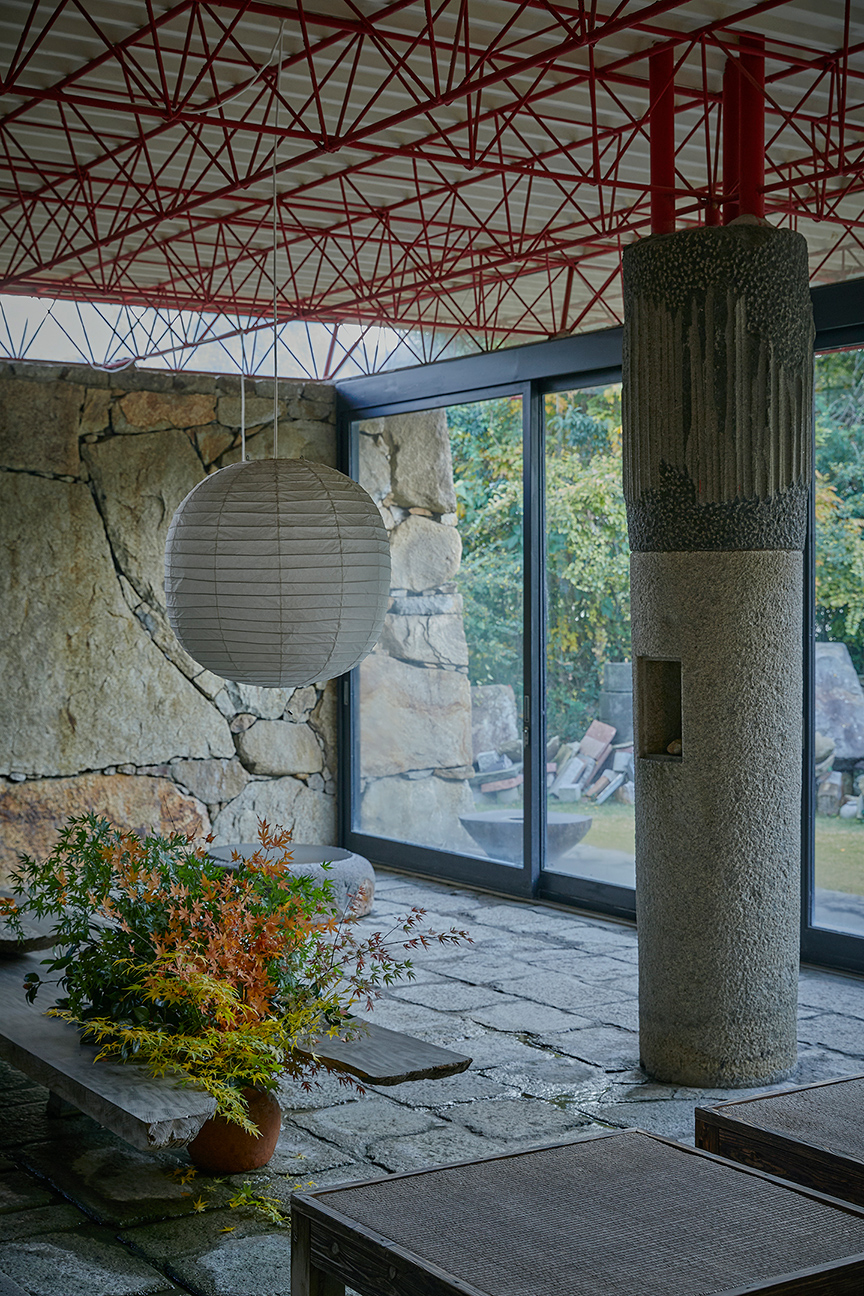 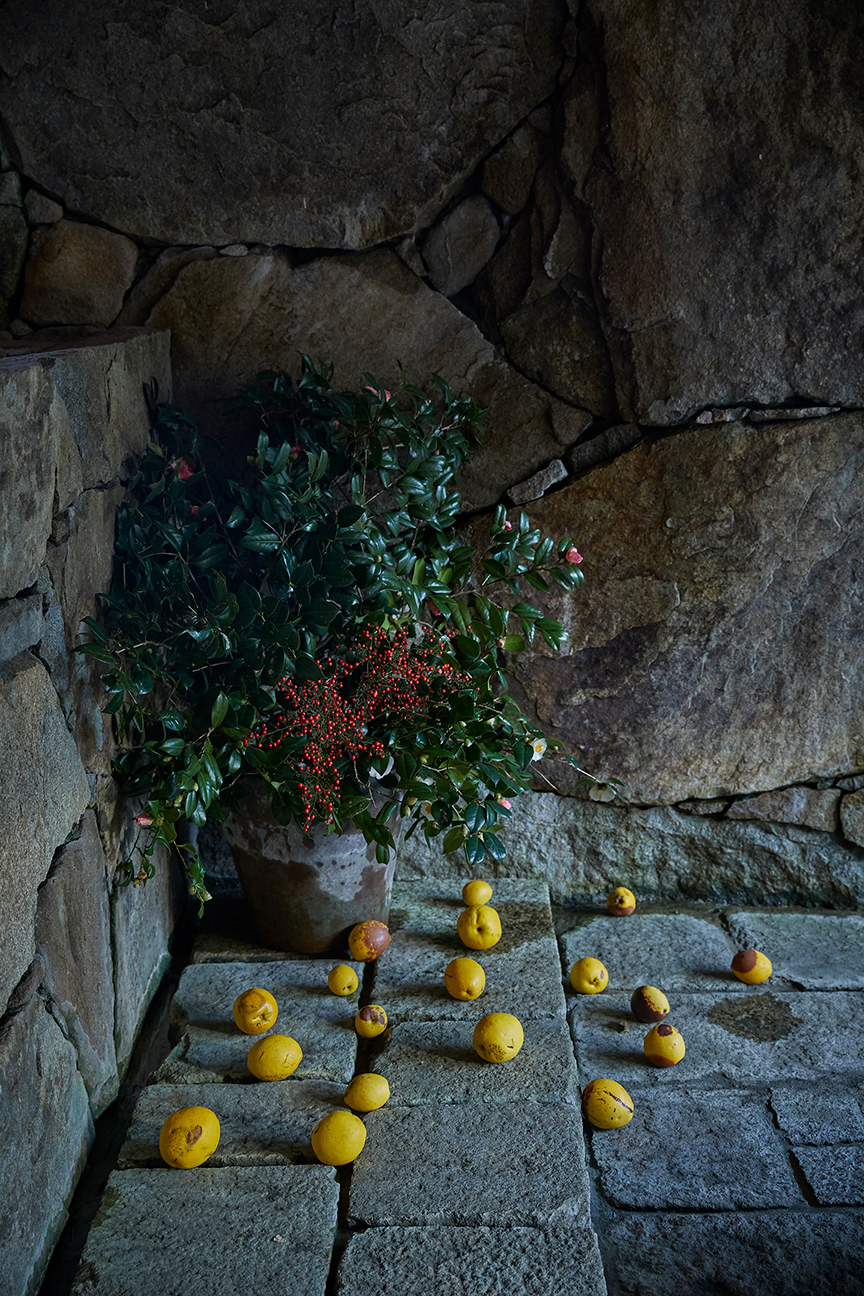 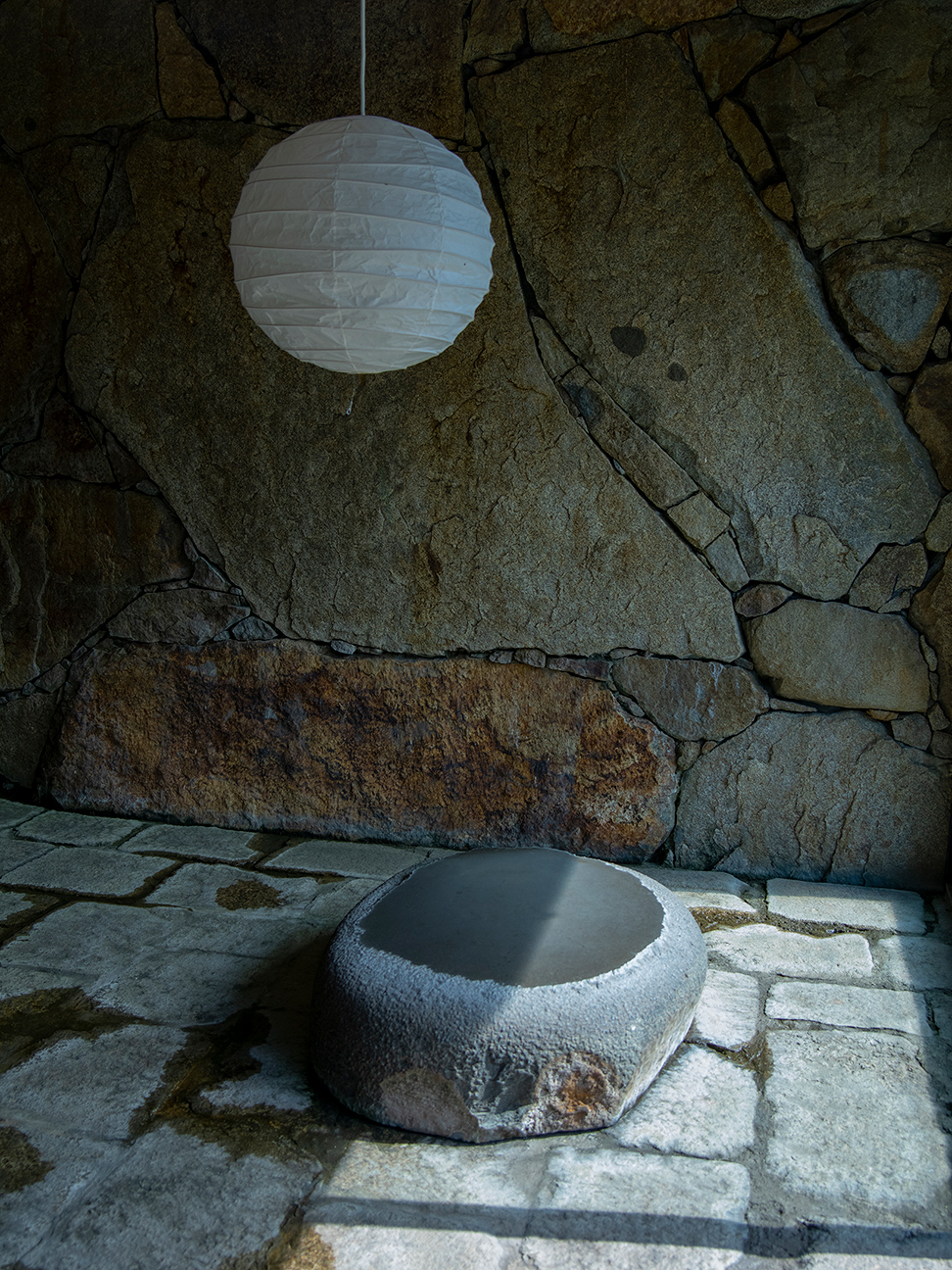 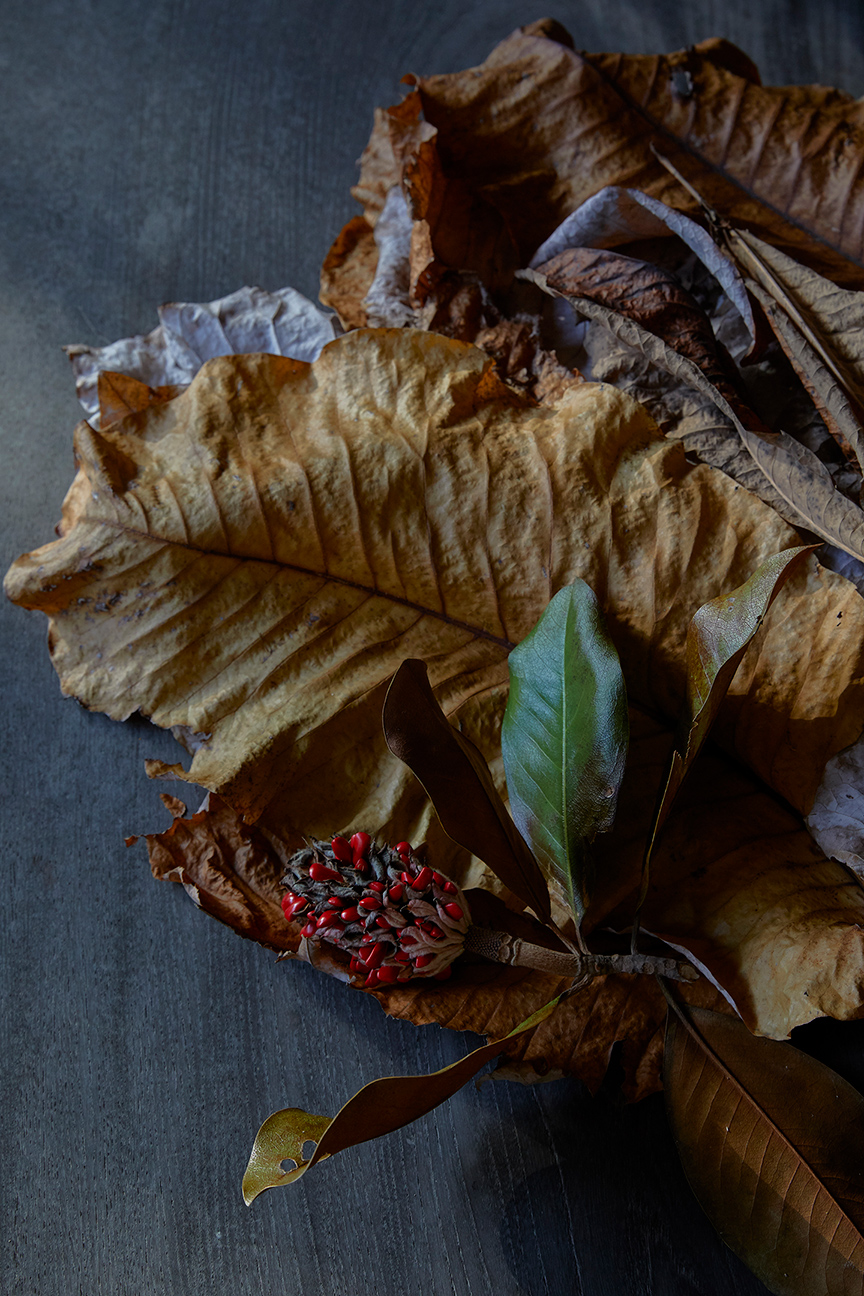 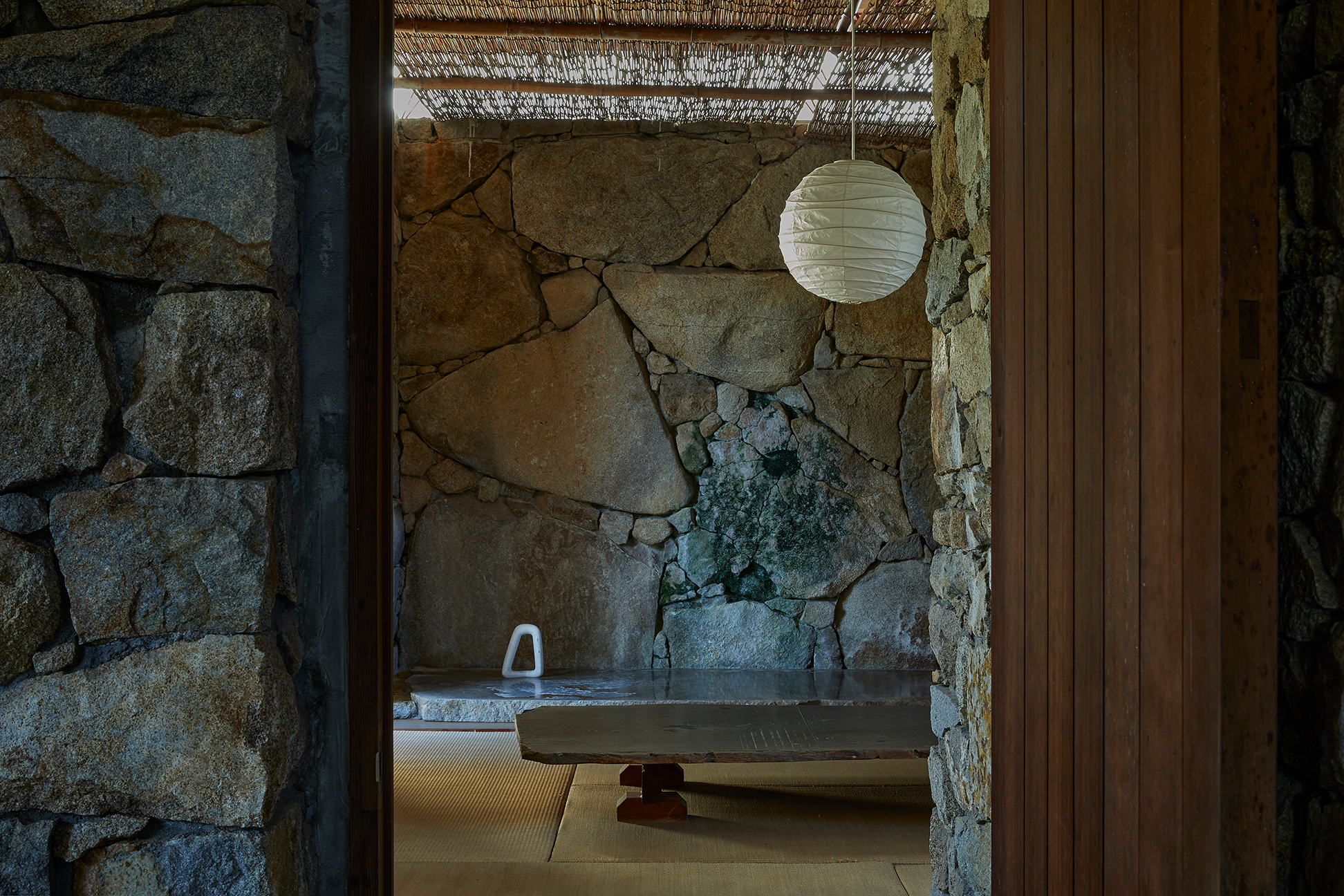 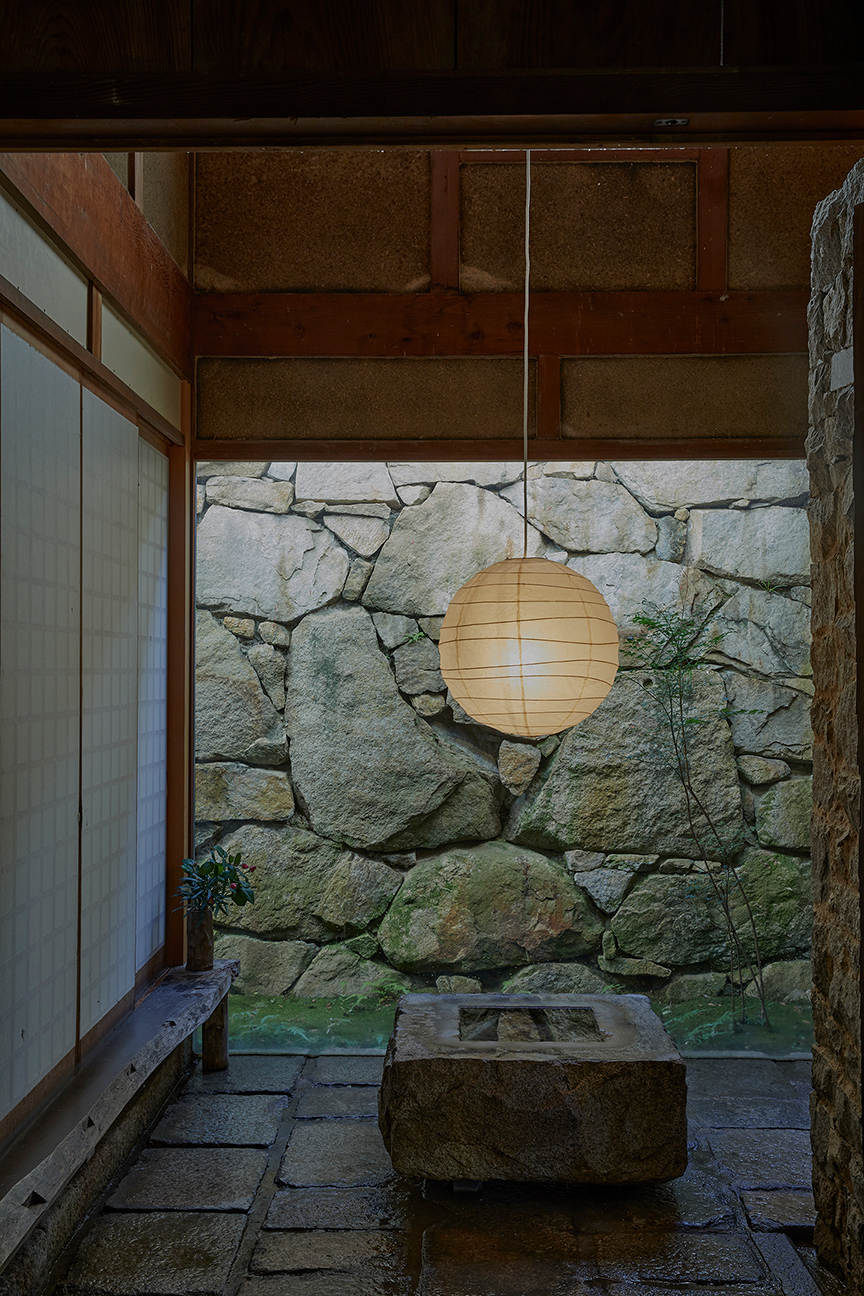 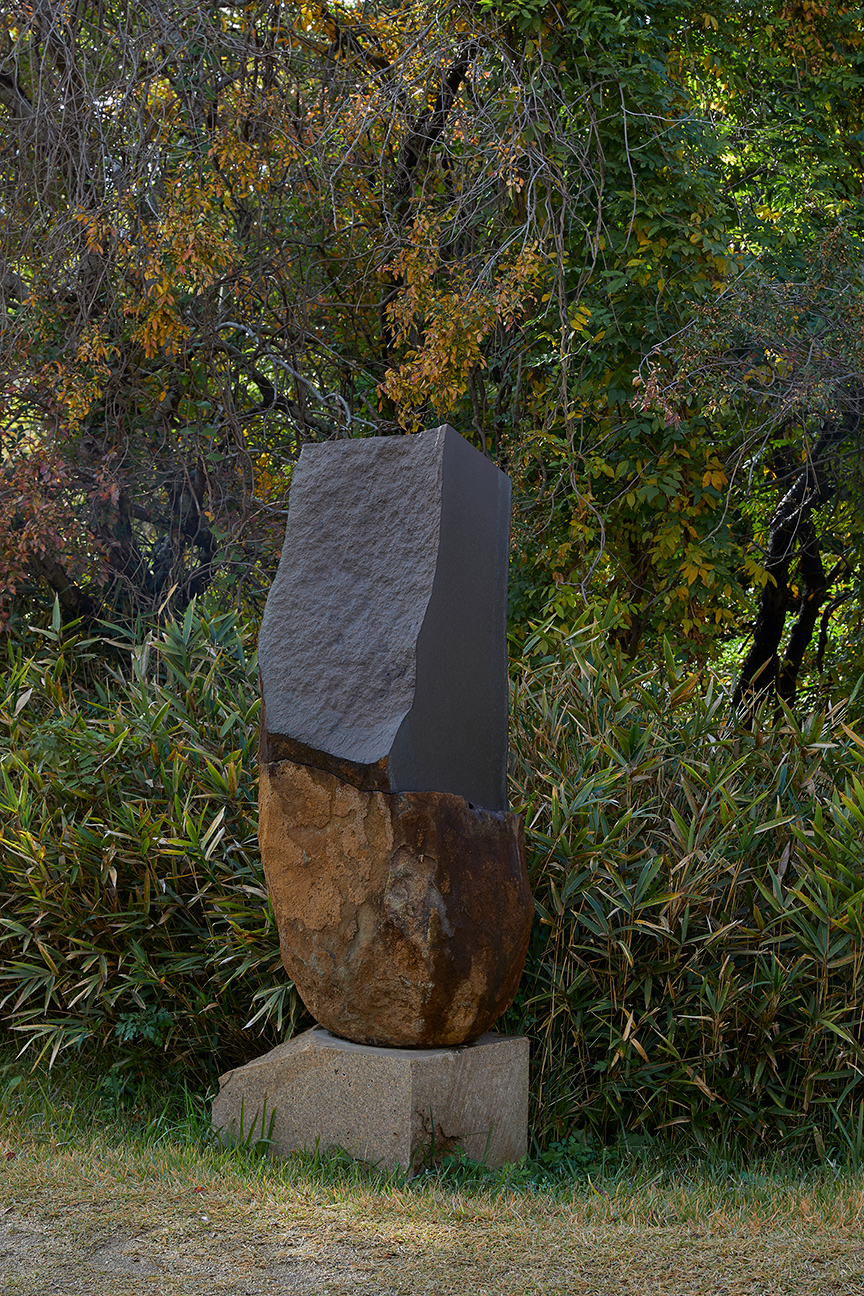 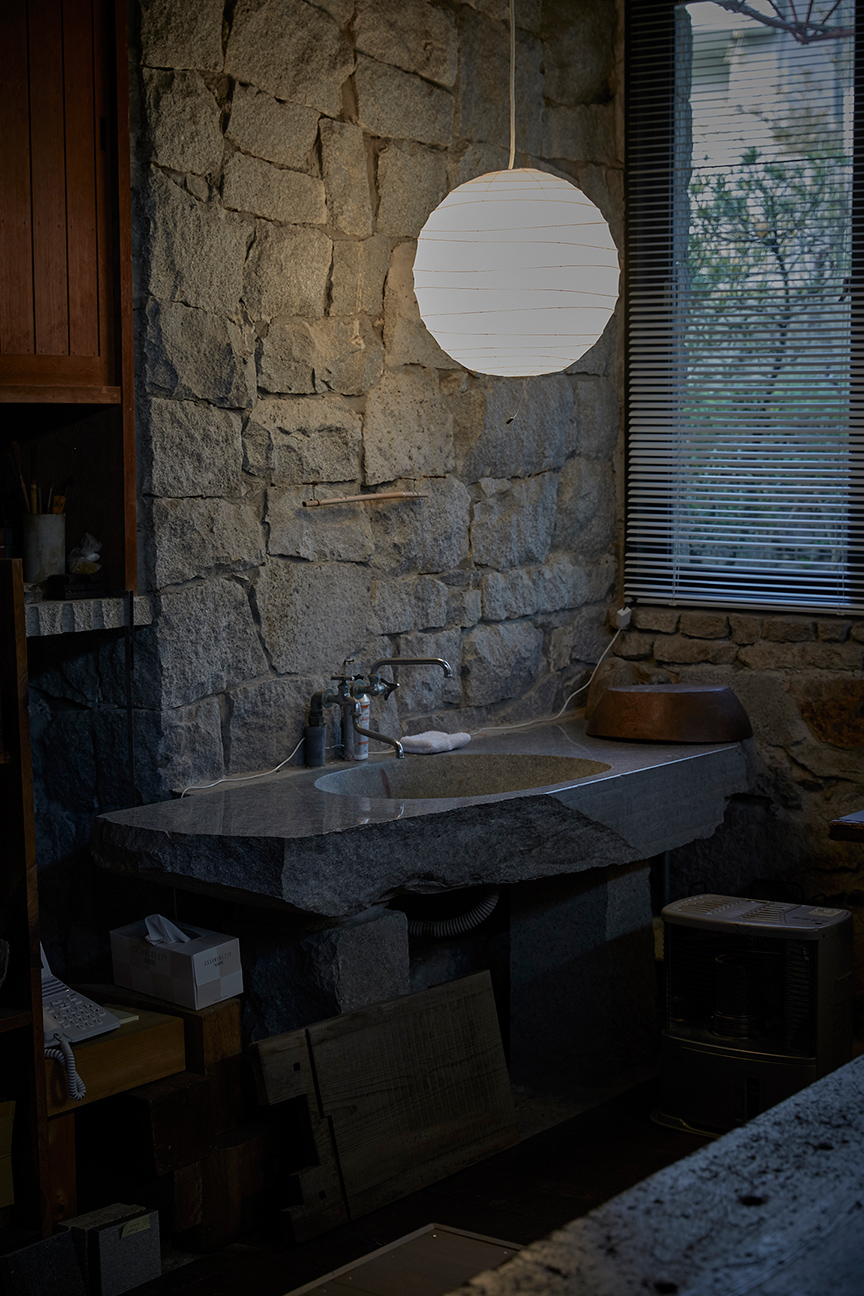 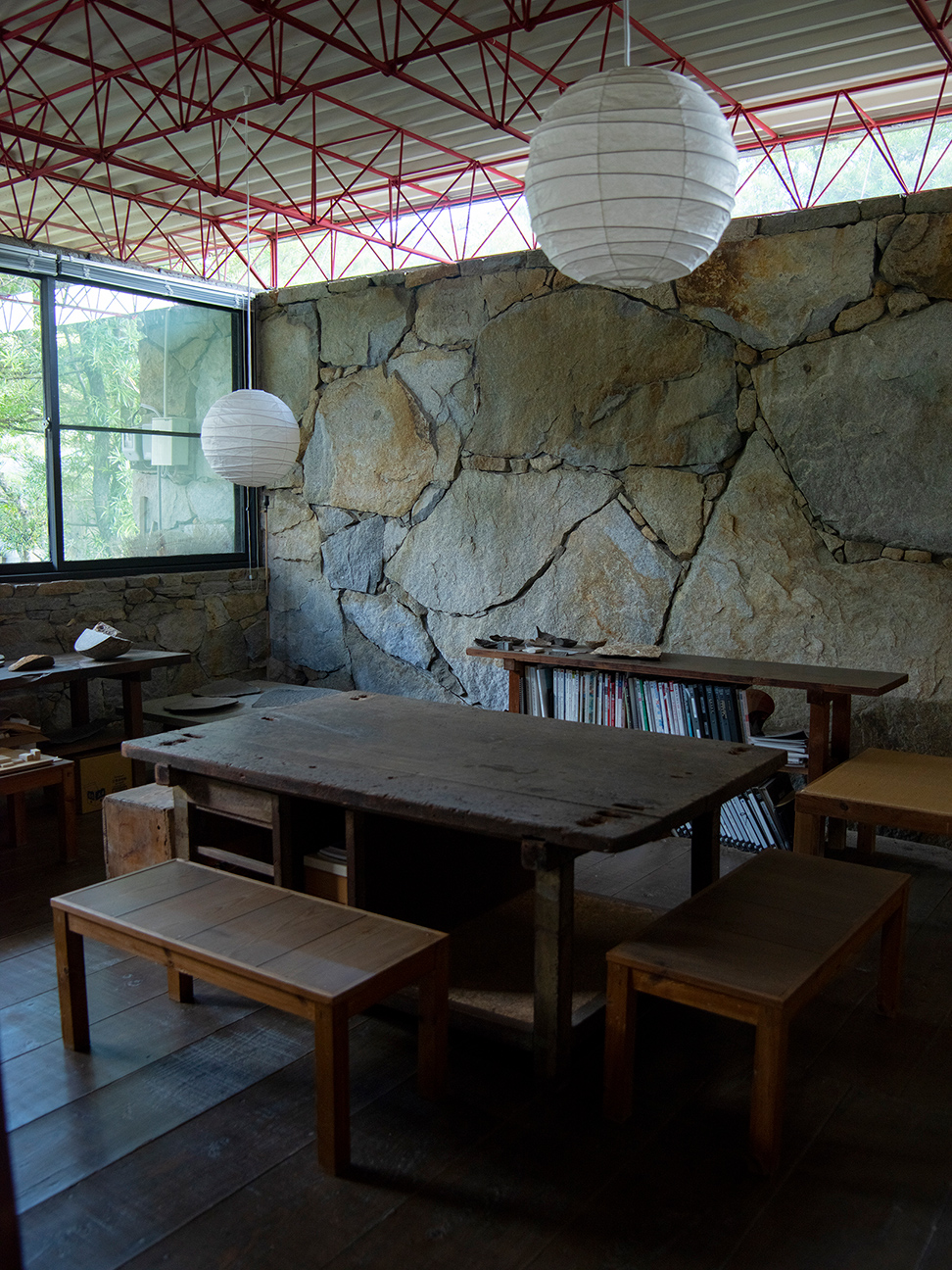