THE HOME OF GALERIE 54

FROM A SEEMINGLY INFINITE SPIRAL STAIRCASE TO A MIRRORED HALLWAY, ELEMENTS OF CUBISM AND SURREALISM APPEAR AMONGST THE INTERIORS.

Entering the 77-metre long rue Mallet-Stevens in Paris’s 16th arrondissement feels like walking onto a film set. Six expansive villas make up the quiet street, their layered volumes and geometric planes playing with optical illusion and giving an exaggerated sense of depth. The eponymous architect behind it carved out his own style of modernism, taking cues from cinema and embracing a variety of avant-garde vocabularies of the time, including cubism and surrealism. The influence of the latter is particularly evident in his set designs for Marcel L’Herbier’s L’Inhumaine, and Les Mystères du Château du Dé by Man Ray; his use of mise-en-scene techniques even inspired directors Greta Garbo and Chantel Akerman. “For Mallet-Stevens, the street is characterised by the ‘harmony of greenery and calm architectural lines’,” says Eric Touchaleaume, founder of Galerie 54, and the occupant of 10 rue Mallet-Stevens. “But I believe it exudes a very special atmosphere that certainly qualifies as surrealist.”

Also known as Hôtel Martel, Touchaleaume’s property is the most faithfully preserved of all the villas on rue Mallet-Stevens. A complex of large workshops on two levels and three self-contained apartments, it was originally built for sculptors Jean and Joel Martel, with whom Mallet-Stevens had collaborated on several projects. The building’s distinctive interior architecture, a fluid puzzle of high ceilings, large windows and mezzanine levels, was designed to accommodate the needs of their art practice. When Touchaleaume acquired the building in 2007, its subtly theatrical spaces already displayed great attention to craftsmanship. Having completed his own intensive restoration, he now lives in Jean Martel’s former apartment, and the brothers’ studio space is home to Galerie 54’s antique furniture collection.

The rooms are populated with the work of the Martel brothers, Mallet-Stevens himself, and some of his now illustrious, but at the time lesser-known contemporaries. The Martels’ 1929 plaster sculpture La Trinité stands alongside their Trophée ‘Le Challenge des Hesperides’, which they designed for a self-propelled canoe race in the 1930s. Two cubist planters by Jean Burkhalter decorate Touchaleaume’s apartment, and two rare Mallet-Stevens garden chairs sit on the terrace. Jean Prouvé was the metalsmith behind much of the original hardware, including the polished stainless steel handles on the sliding doors to the terrace, and the convex door of the ‘Studio-Bar’, designed by Charlotte Perriand and now part of the Centre Pompidou collection. Mallet-Stevens described the plethora of talented designers he assembled for the rue Mallet-Stevens project as ‘architects rather than decorators’, continuing, ‘their designs do not aim at making a room pleasant, or adding ornament, rather, they compose logically, frankly; instead of prettifying, they build.’

From a seemingly infinite spiral staircase to a mirrored hallway, elements of cubism and surrealism appear amongst the interiors. The silver-lacquered metal doors of the main entrance open to reveal a polyhedreal cubist mirror designed by the Martel brothers. “The set of mirrors in the staircase – one fixed to the ground and the other to the ceiling – gives the illusion of a bottomless well,” says Touchaleaume. “The space transcends the past, present and future.” 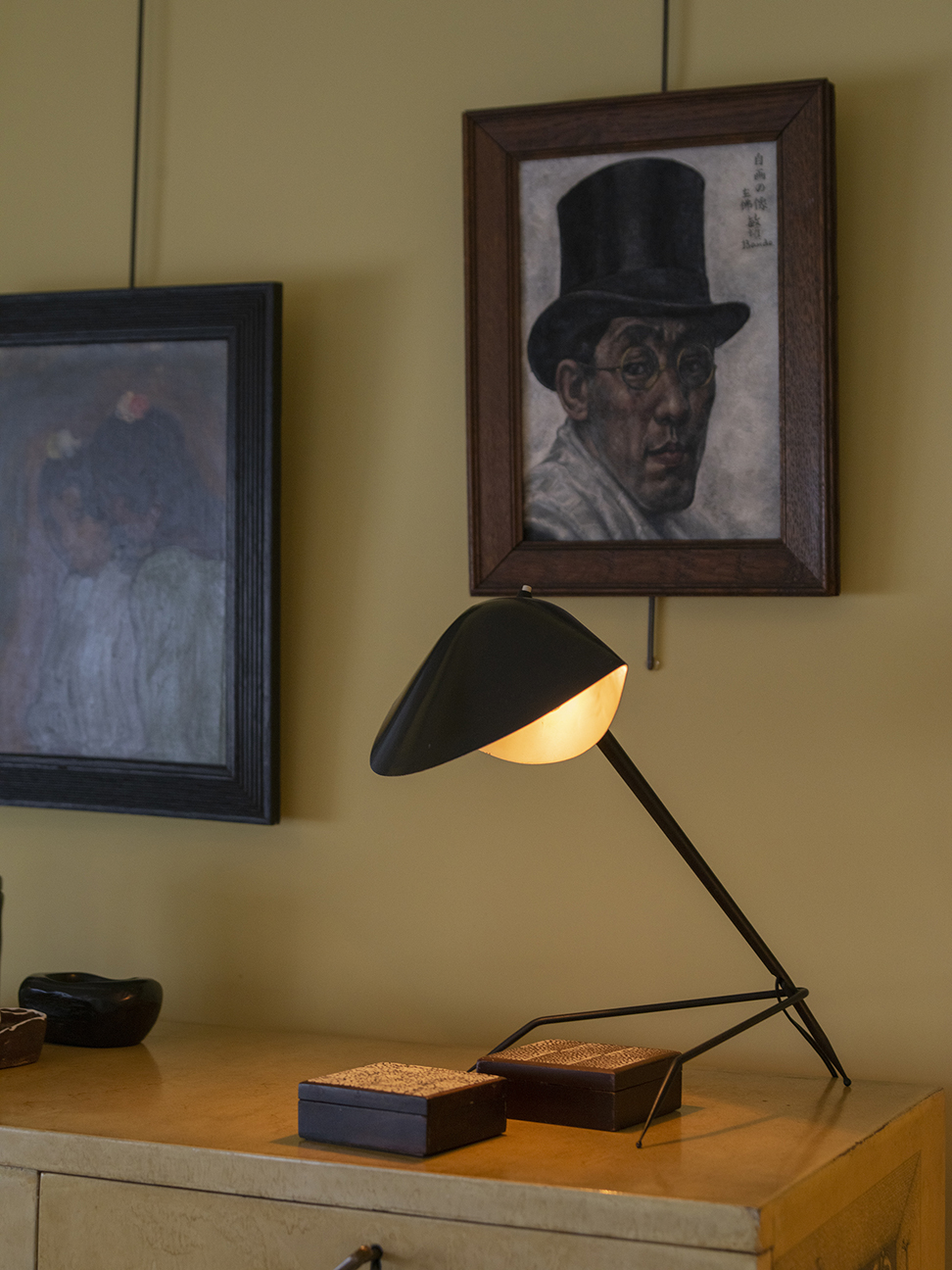 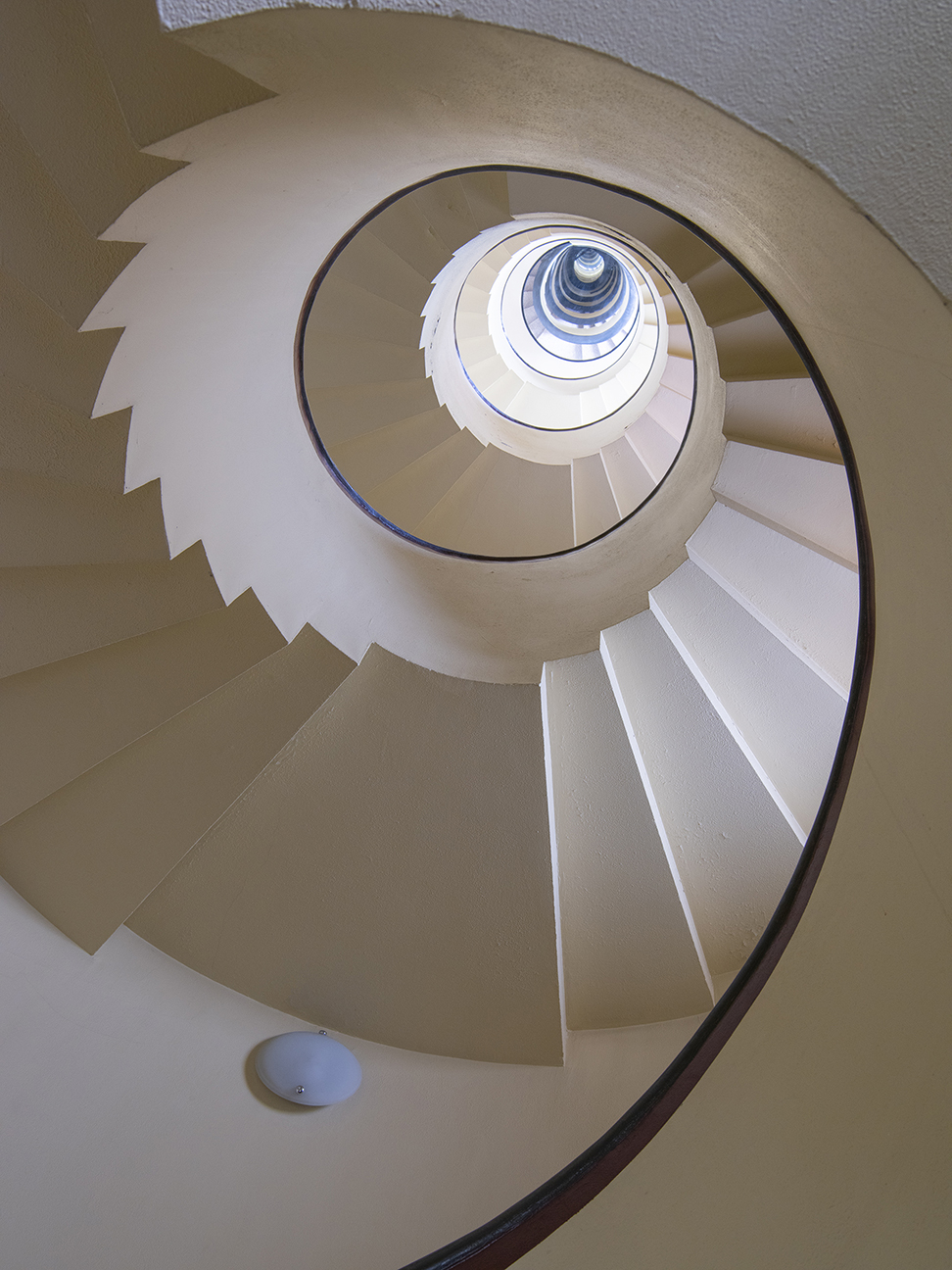 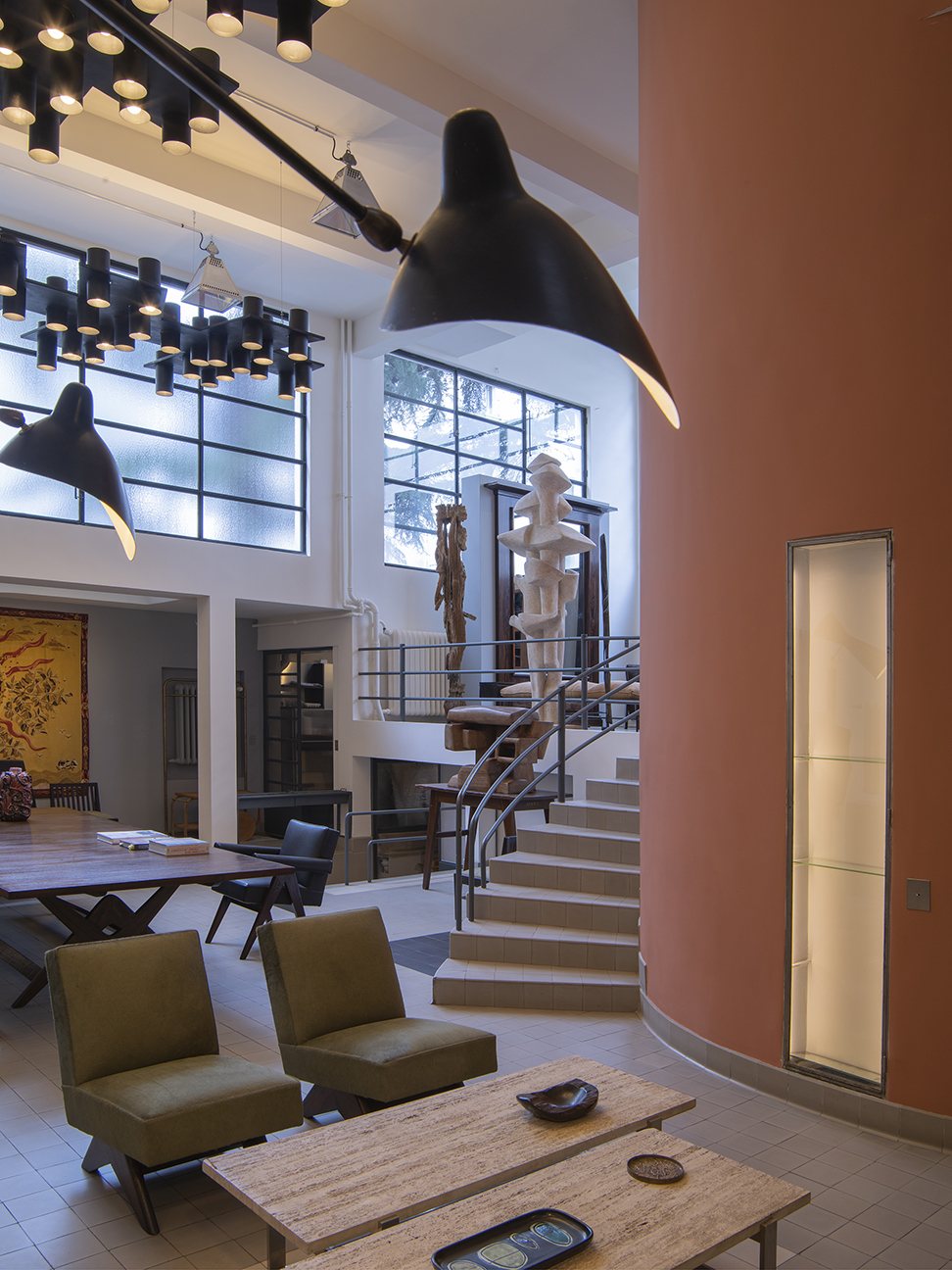 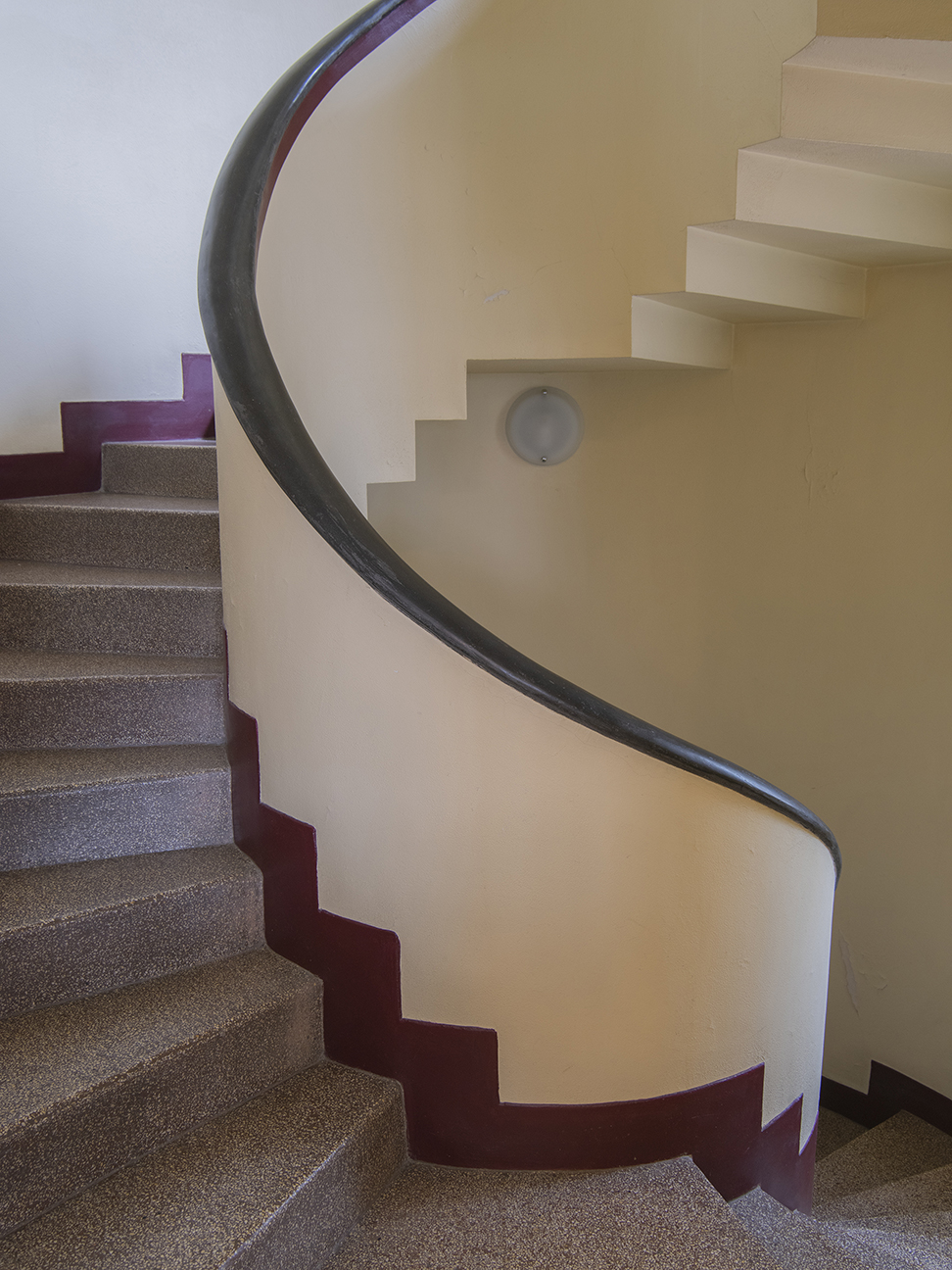 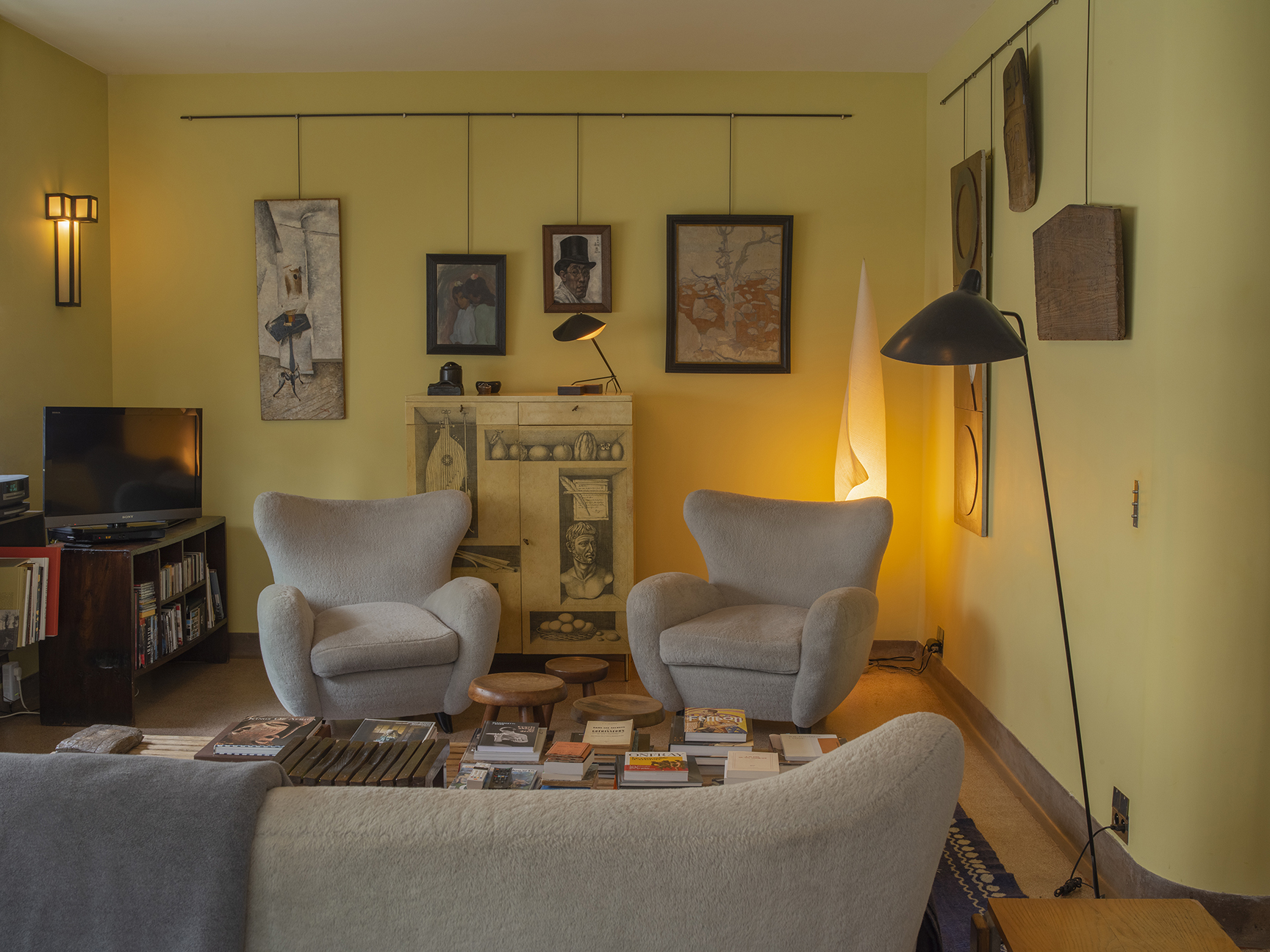 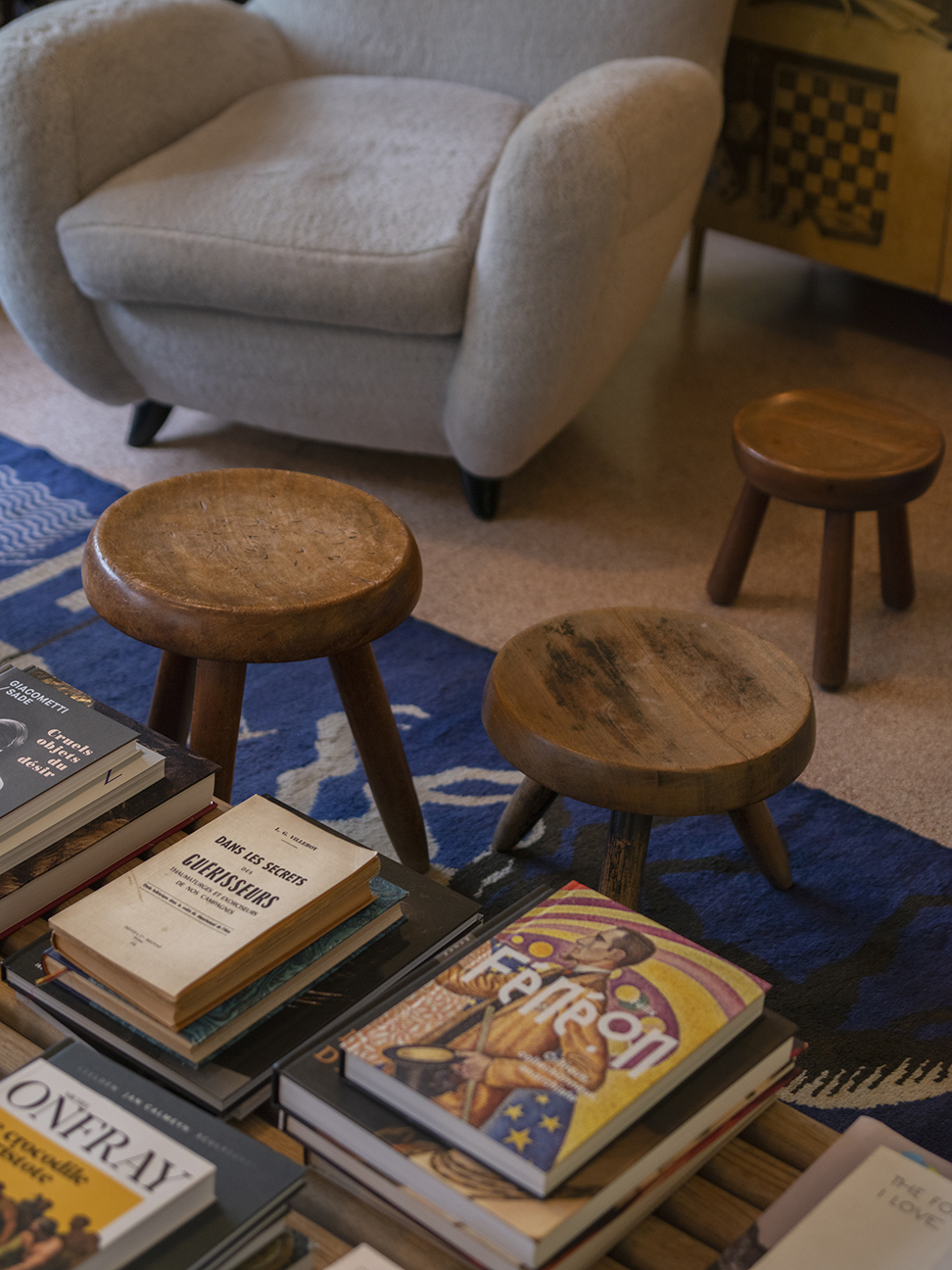 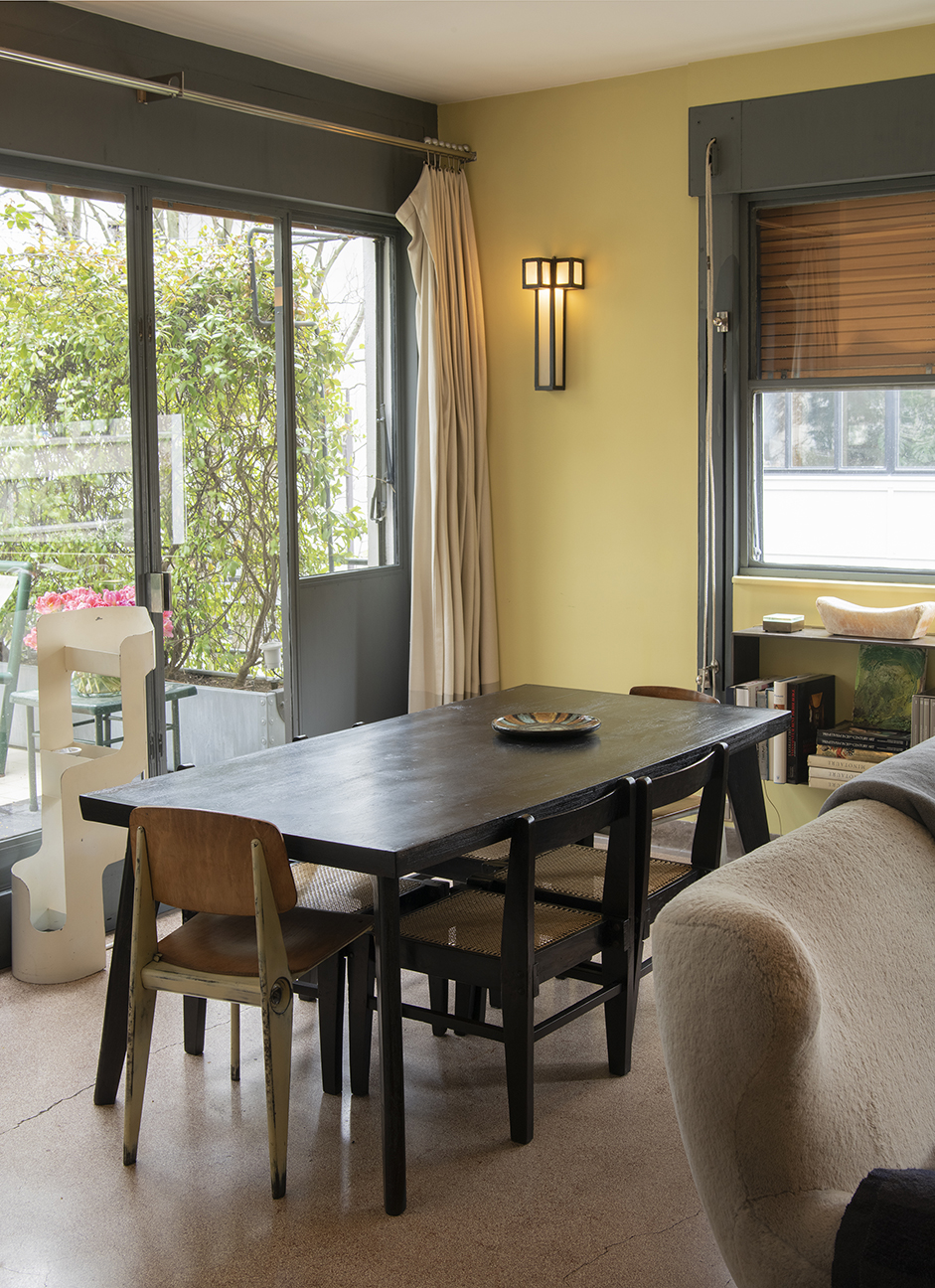 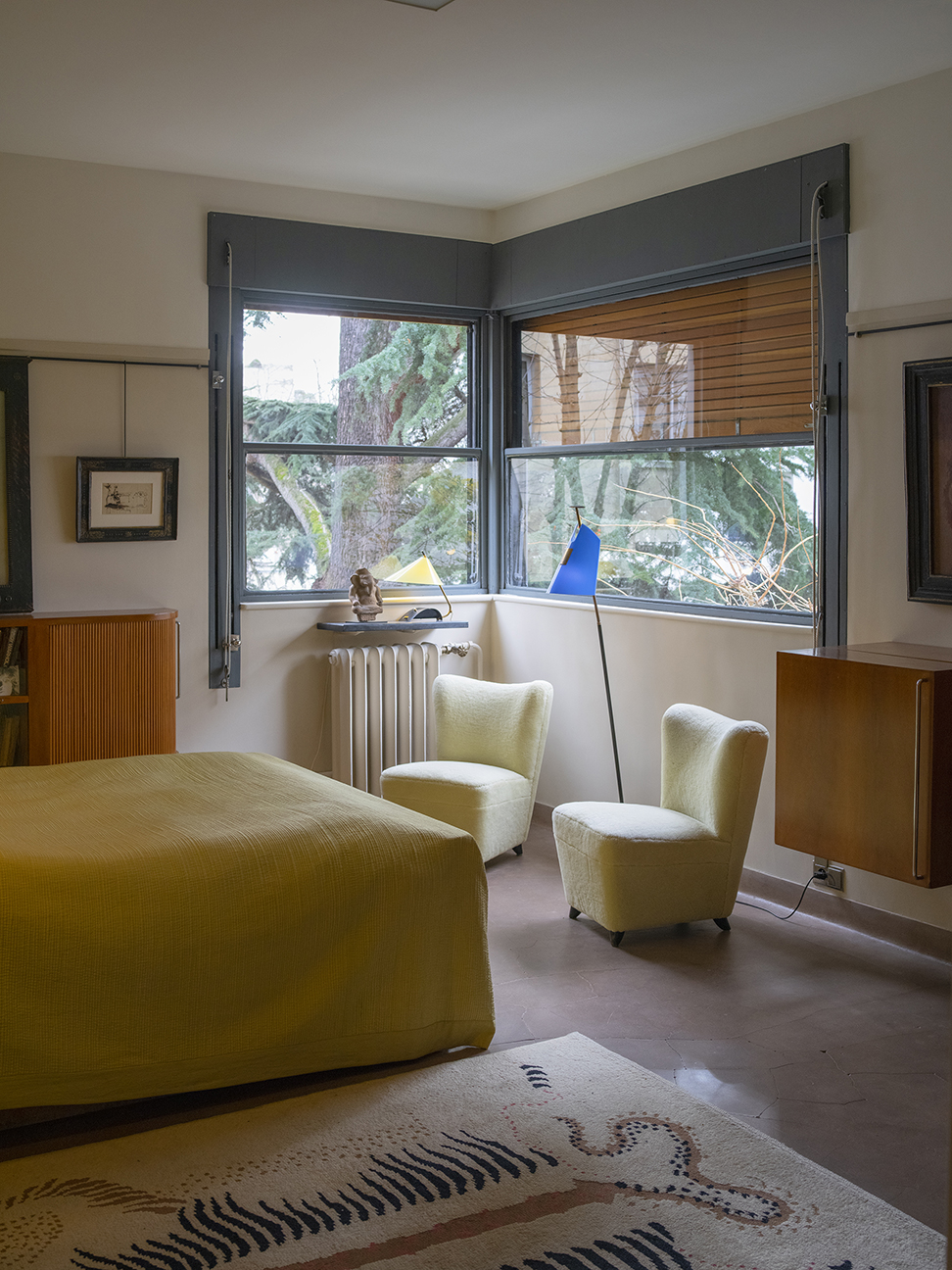 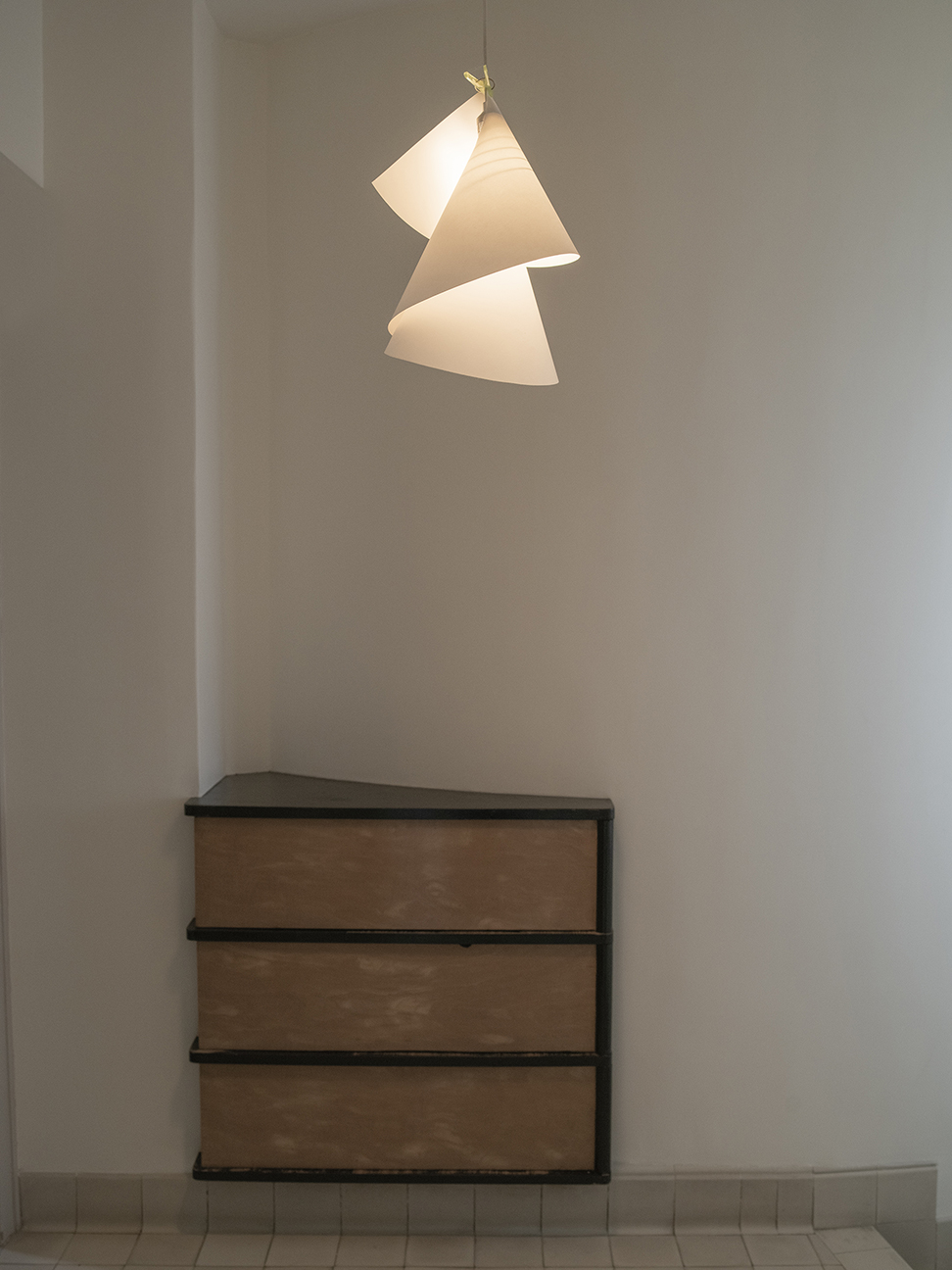 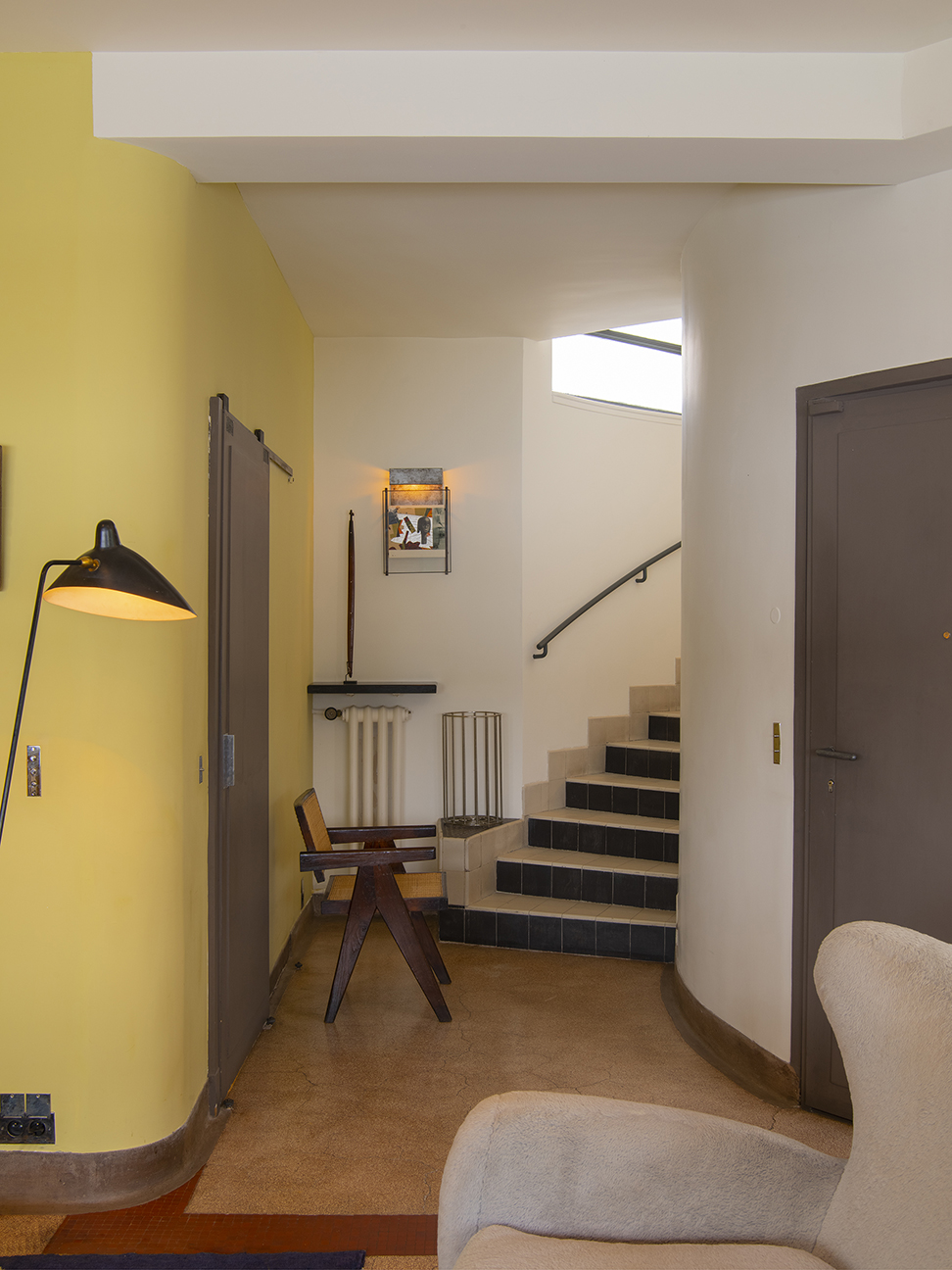 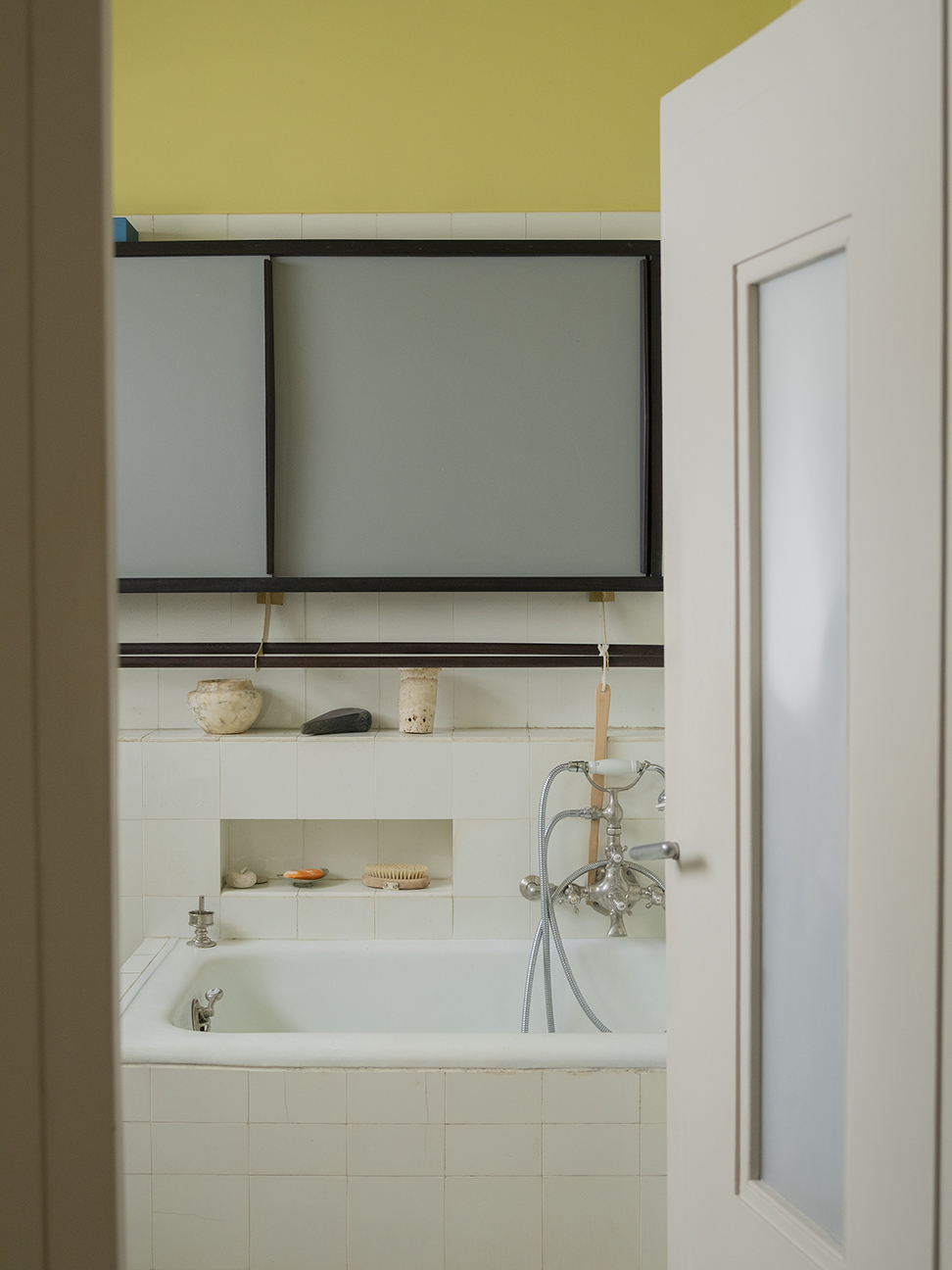 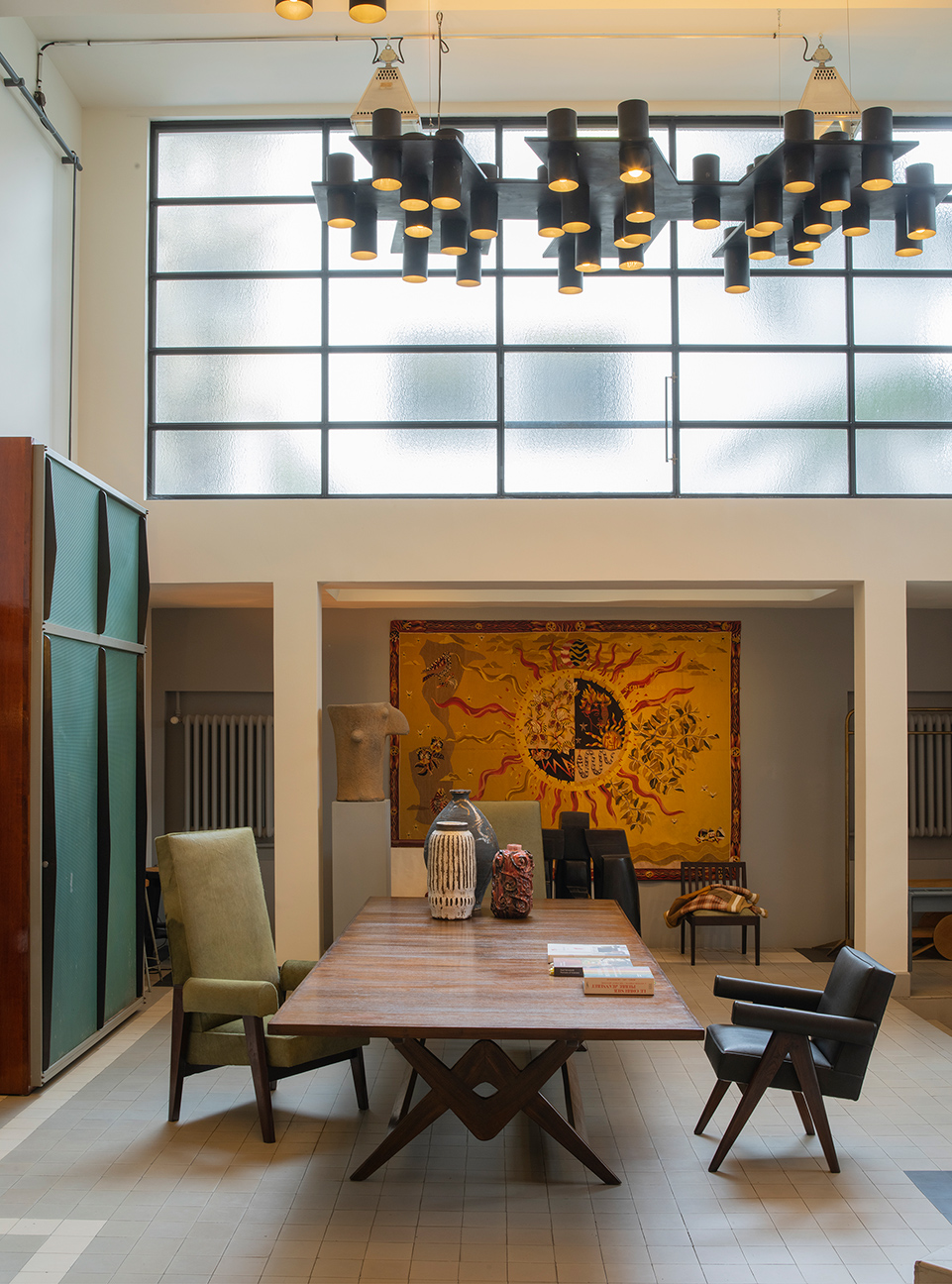 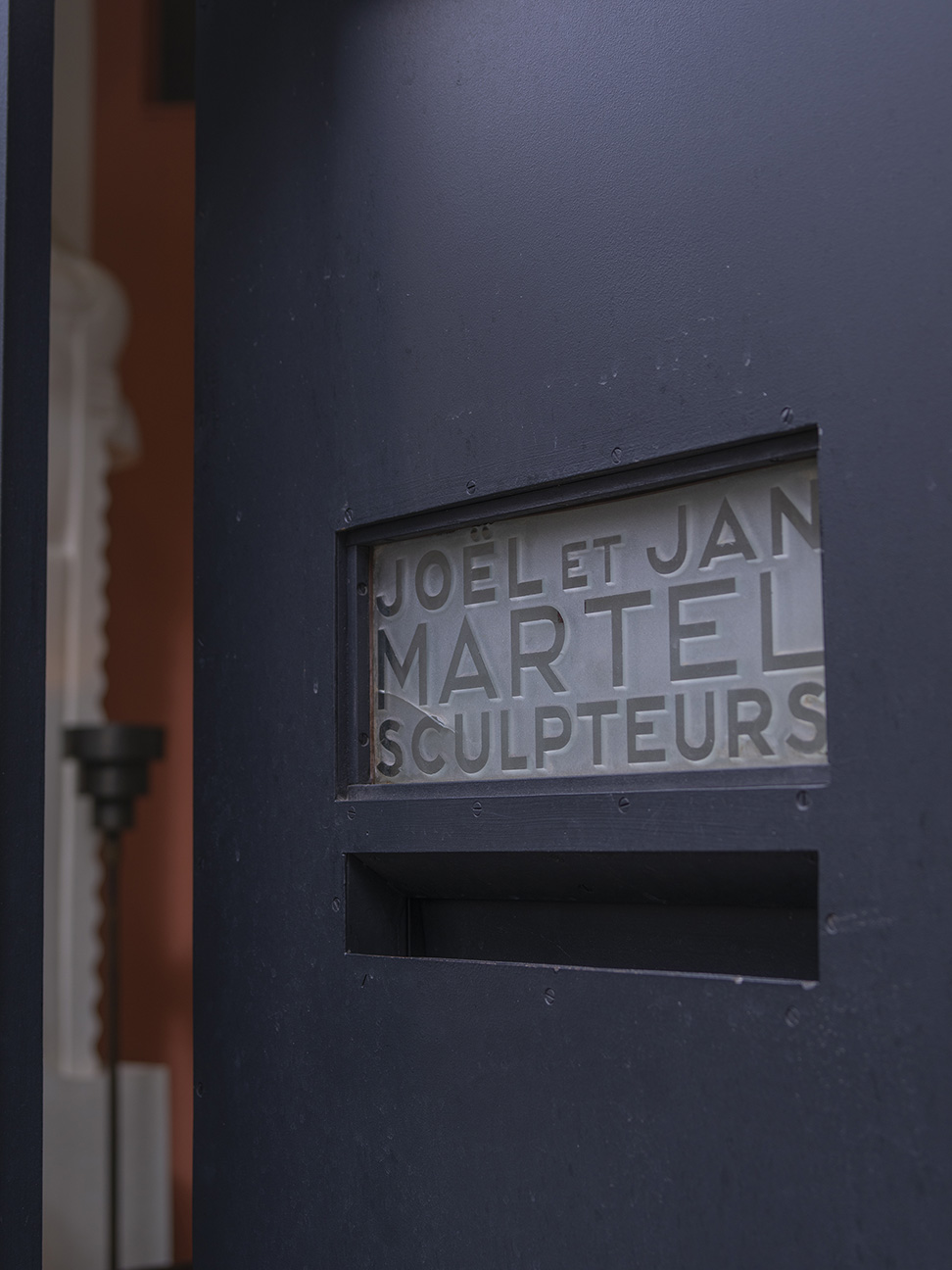 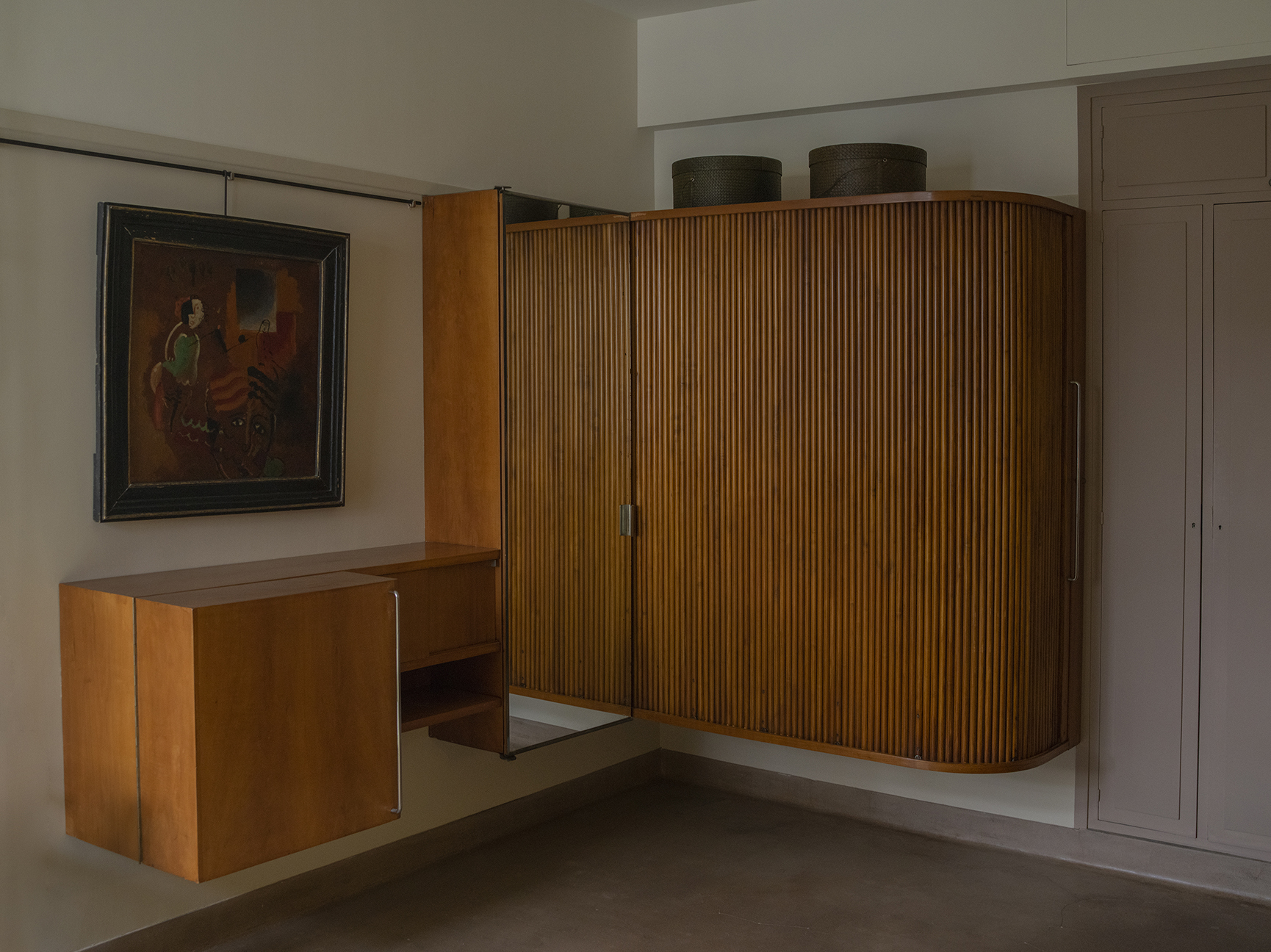 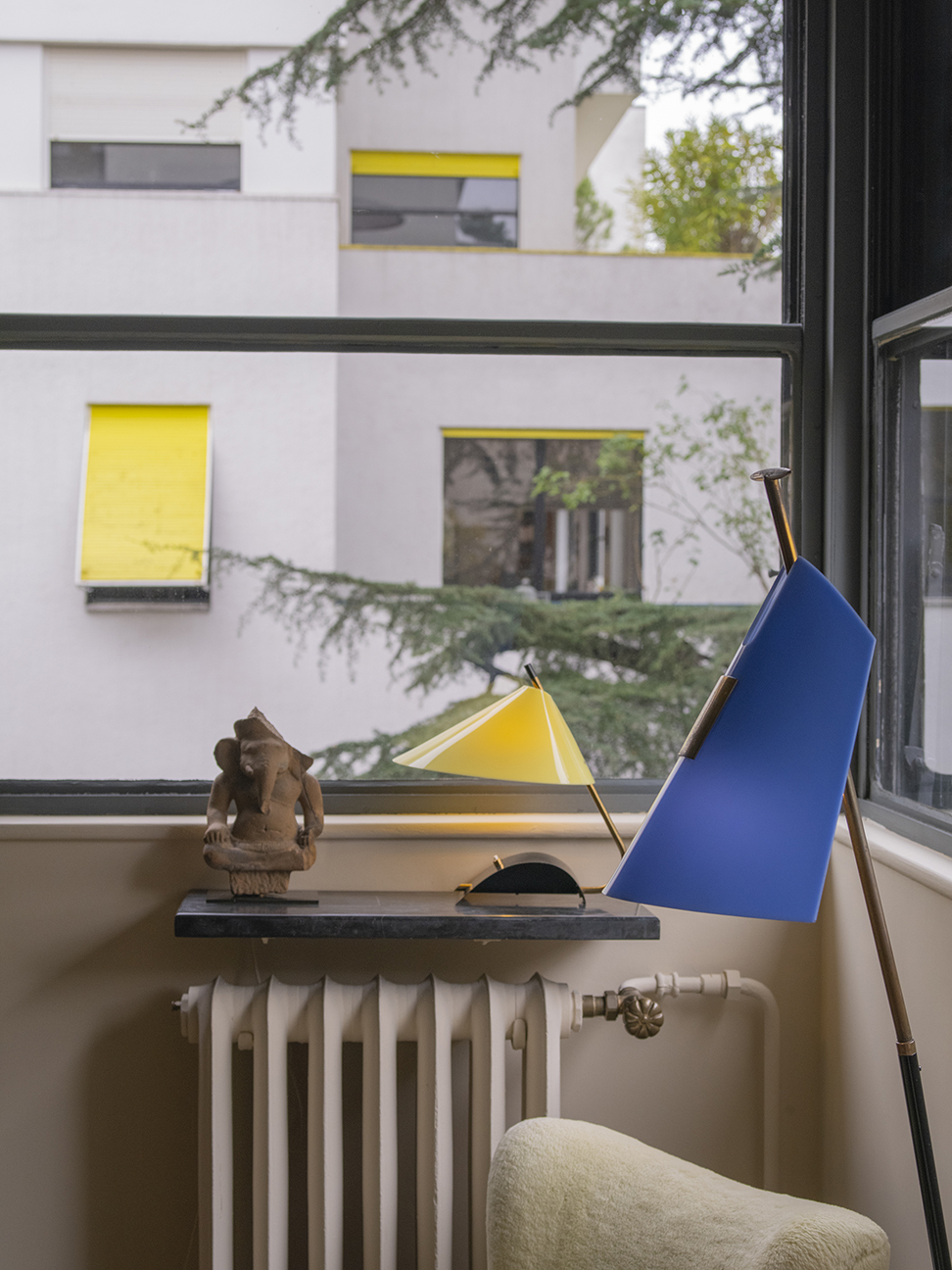 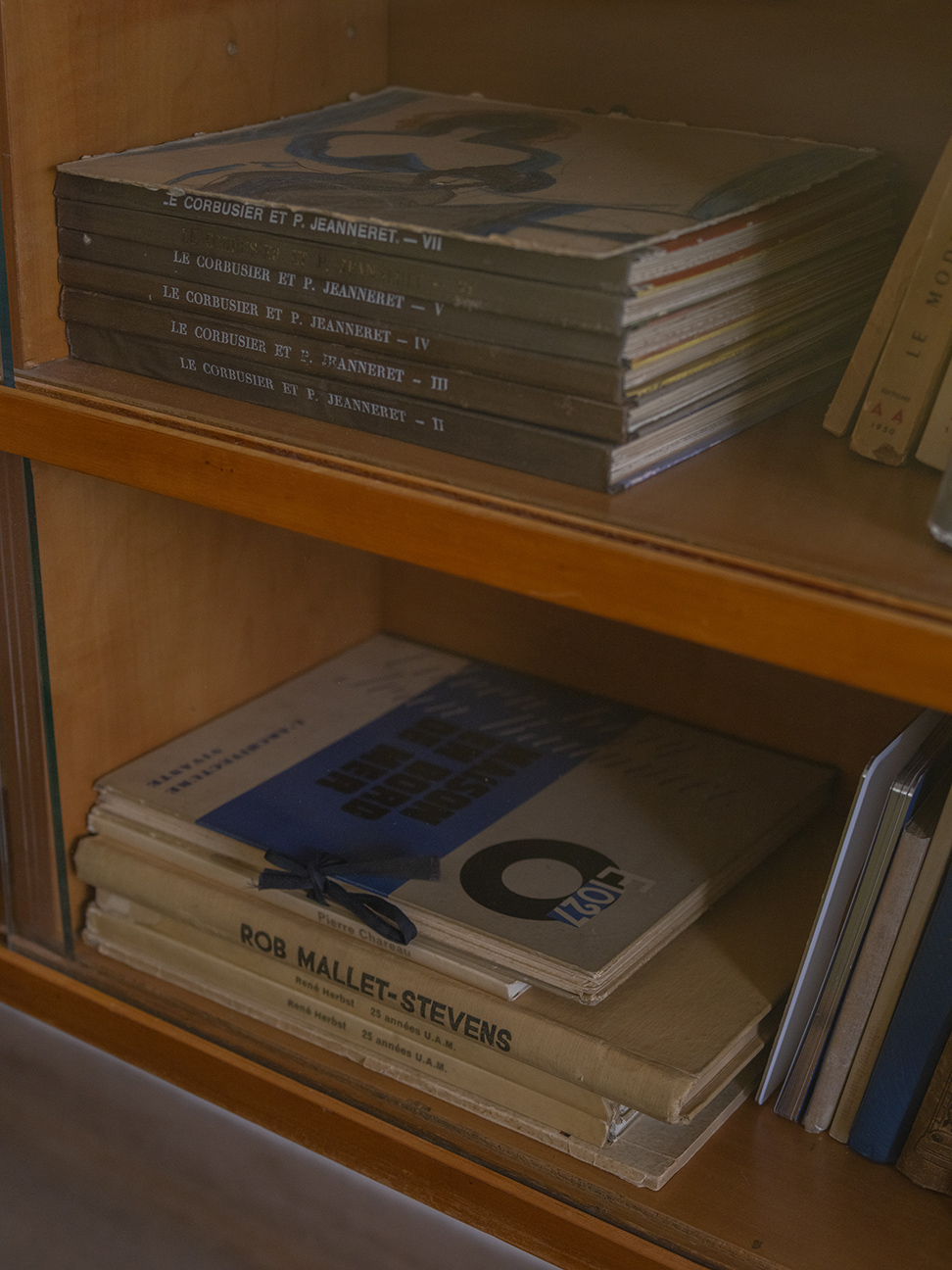