Notes from a conversation with Ryan Soniat, architectural preservationist.

First, there is the learning of a language. A pattern passed between generations and spaces, rolled over surfaces and catching on hardware, snagging on door handles and flattened into linoleum.

The preservationist, practises. They must learn the grammar of the structure they are working with, as it works upon them; must negotiate the correspondence
of subject and object, must practise the accents of their predecessors. Switches, hinges, faucets, locks — these are the points of inflection from which a house builds, articulating its limits and aligning to sense.

Faucets, for instance. Rudolph Schindler preferred yellowed nickel to cold-blue chrome — his kitchens and bathrooms were typically fitted with American Standard: rectilinear, cost-efficient. Richard Neutra favoured Crane’s machine- age aesthetic: rotate a curved chrome handle to spin with the Los Angeles superflux, become one with the momentum of automobiles and aeronautics. The modernist architects knew what they wanted. They had a vision of what it meant to be alive, what it felt like to synthesize a hybrid world where the freeways sang and the sun spread into margarine corners.

“The faucet, above, is from a bathroom in McAlmon House, built by the architect Rudolph Schindler in 1936 in Silver Lake, Los Angeles. Soniat restored the home, paying close attention to fixtures such as these.”

Identify the details to speak the full sentence. It is the preservationist’s duty
to detect — scraping away layers and gathering clues into a narrative fit for a film noir screenplay. The installation of the hardware confirms the width of the counter to the joints of the cabinetry to the cut of the tilework; each part attains its necessity in relation to the other. If you follow the clues, the house will work with you. For now, inbuilt obsolescence has not yet been invented. Imagine — we exist in a world designed to be repaired, not replaced.

As makers, the modernist architects were translators. In Los Angeles, they borrowed forms and techniques from Europe, from Japan; fixtures and fittings refined over centuries and set against the scale of the ocean and the desert. Cross-reference capital with bodily necessity to generate a Usonian or Case Study home — singular experiments intended for repetition, where inhabitants were channelled into a best way of being. In California, these shapes rippled and flexed under the sun.

“The outdoor pool and interior hues of Linn House, built by Richard Neutra in 1961 in the Hollywood Hills.”

ANDERSON HOUSE
The George R. and Jean E. Anderson House is the home of architectural preservationist Ryan Soniat. It was built by the Canadian architect William Earl Wear in the 1950s in Topanga, California. Wear’s buildings follow the organic architectural principles of Frank Lloyd Wright, and also reveal the influence of his teacher John Lautner.

“Much of the furniture is original to Anderson House and was designed by Wear. Soniat restored elements of the interior, including reproducing the window fittings.”

But the shimmering moment is never enough. Over time, a house hardens, sentences shift and meaning slips. Apathy and desire demand retrofits and corner cuts: cabinets rip open to make way for a new dishwasher, Cherokee red countertops are glitzed over with granite. By the time the preservationist enters the scene, the house is broken and babbling, hiccupping to be fixed, a vaudeville version of its former self.

The process of preservation starts by listening to what the house has to say. If a language has been adequately learnt, there will be elements that convert. The layout of a bathroom can be matched from a plan in the architect’s archives; a broken tile under the sink is evidence of a second or third surface beneath. If the house itself doesn’t speak, look to other sources. Back issues of Architectural Forum are the equivalent of vocabulary primers: an article from April 1937 reveals the layout of the living room windows; an advertisement for glass provides a clue to the manufacturer and date of install. From these fragments, the preservationist extrapolates, allowing their own voice to enter the system, syncing the house like a speech- recognition service.

When the house answers back, there will be secrets. Colour! Turquoise, and seagreen, and hollandaise yellow. It is not always easy for a client to imagine their Grecian white home glammed up like a temple statue. The true preservationist has a feel for colour; its breathy, beating warmth, its risky relationships. White is a way to block out the terror of possibility, the freedom of combination; it is a refusal to accept that the spaces we inhabit are not ours alone. To deny the former life of a building is to forget that life is finite; every false ceiling, every fashionable cover-up, is the inheritance of the next inhabitant and the measure of our existence. The preservationist accepts that a house cannot be hoarded. Preservation is the expression of sufficient love for limits, opening those narrow spaces to the surge of life and time.

When the colour and shape of a house comes to light, when it starts to speak, the preservationist must balance the impulse to interrupt. It would be so easy for extrapolation to become self-expression, creative license expanding between limits like filler-foam. Don’t give an inch; act in service to the house, and it will provide. An exercise in furniture design is an outlet for generative energy; the preservationist designs tables, chairs, and built-in couches — elements which can quickly be removed if proven untrue. Landscaping is more sympathetic to error. Native species rarely seen in mid-century gardens are now allowed to thrive — coyote brush, creeping snowberry, ashy leaf buckwheat — all re- seed, and are returned to earth.

When the house is almost complete, its rhythm pushes outward — wide windows and wingspan cantilevers unfold to a world beyond. There is peace in witnessing completion, a peace matched only by the process of restoring a house to health. Perhaps it is possible to live solely in the presence of health or healing; experiencing only the complete and the path to completion. In Los Angeles, all

you need is a car and a steady supply of modernist houses; the language of accuracy can be mastered accordingly, each house is a knot on a network of communication, whispering across the hills on thin threads like string telephones.

“When the colour and shape of a house comes to light, when it starts to speak, the preservationist must balance the impulse to interrupt. It would be so easy for extrapolation to become self-expression, creative license expanding between limits like filler-foam. Don’t give an inch; act in service to the house, and it will provide.”

The logic of a house is designed to be assimilated. Within a lifetime, it is possible to learn the lessons of a stand-alone structure — sometimes two, even three. But between the houses, the world is cruelty and crux — beauty and accuracy are captured too soon, snarled like the moon in the trees or
seen slithering and iridescent under the sun at gas stations. The heat islands rise and pummel from the sidewalk, underpasses gather inhabitants known only by slow traffic. If we could just rise above it all, we’d see the freeways jive, life in motion, in destruction, eternal conflagration. But there is not enough time to learn the language of the world — at our scale, all we can do is carry over in care.

And so, the preservationist takes on the task of translating, of extrapolating, of tending to survival. They prepare a small corner of the world where
it is possible to locate one’s place in time. From these coordinates of past and present, the world builds as infinite surface — enveloping, inhabiting, ecstatically practising. 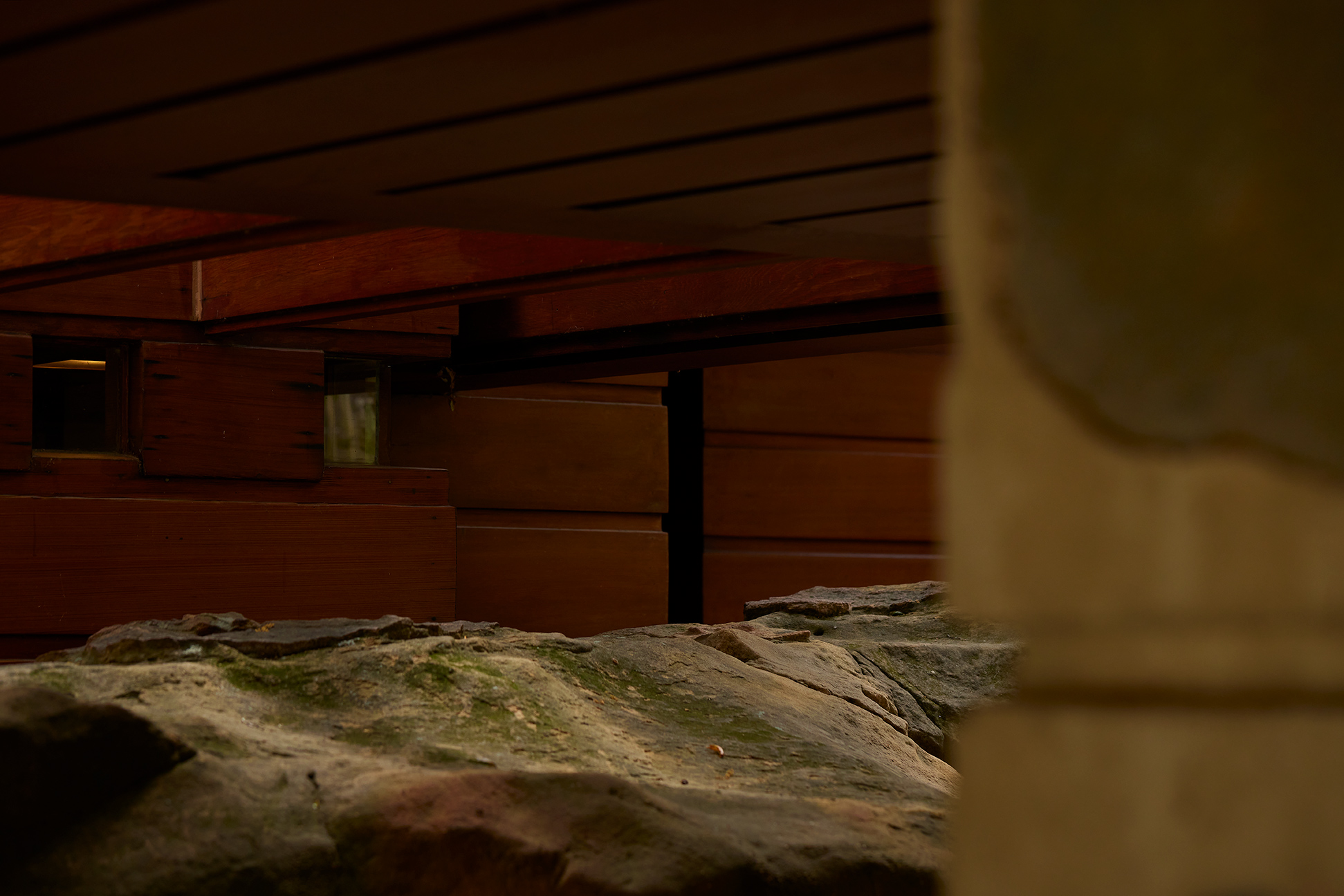 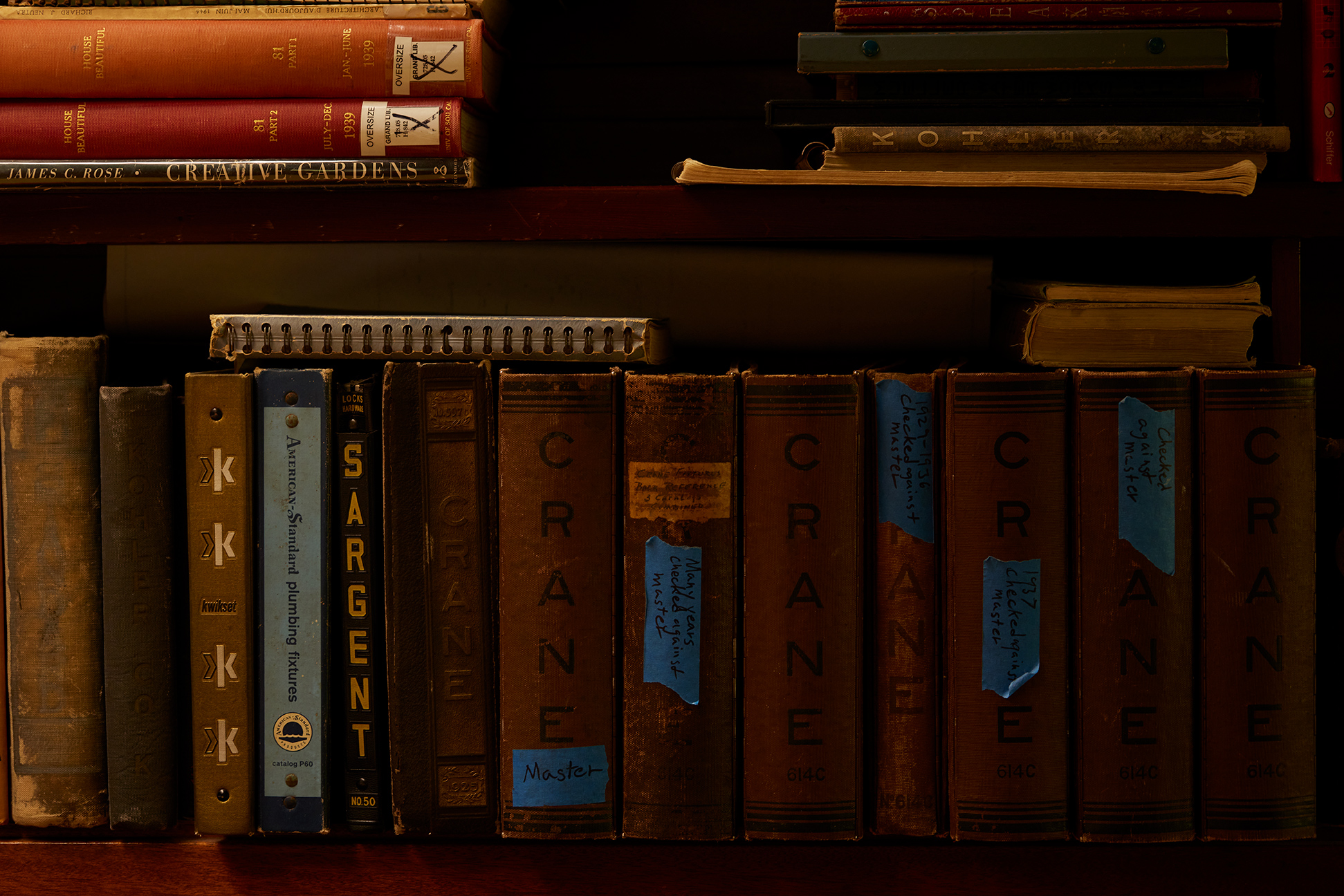 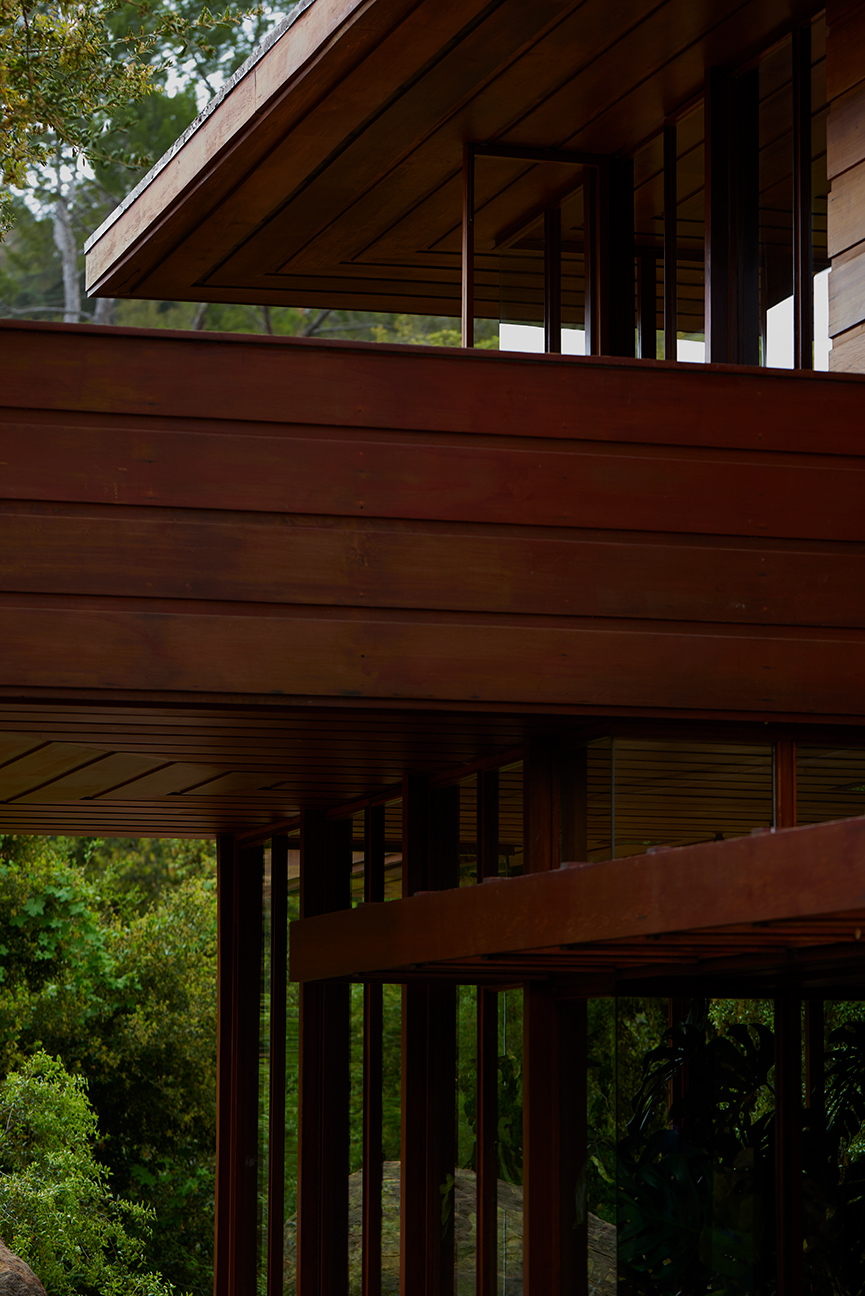 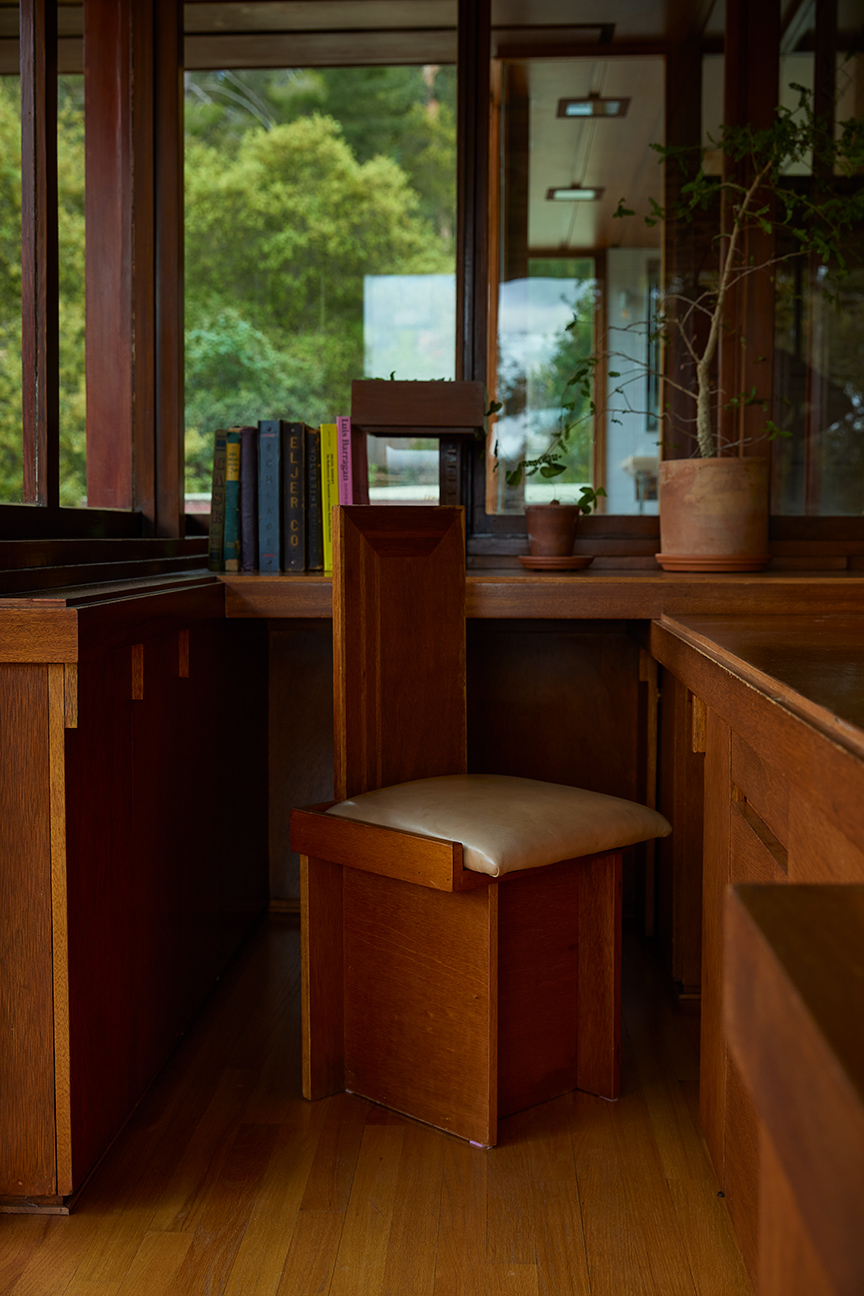 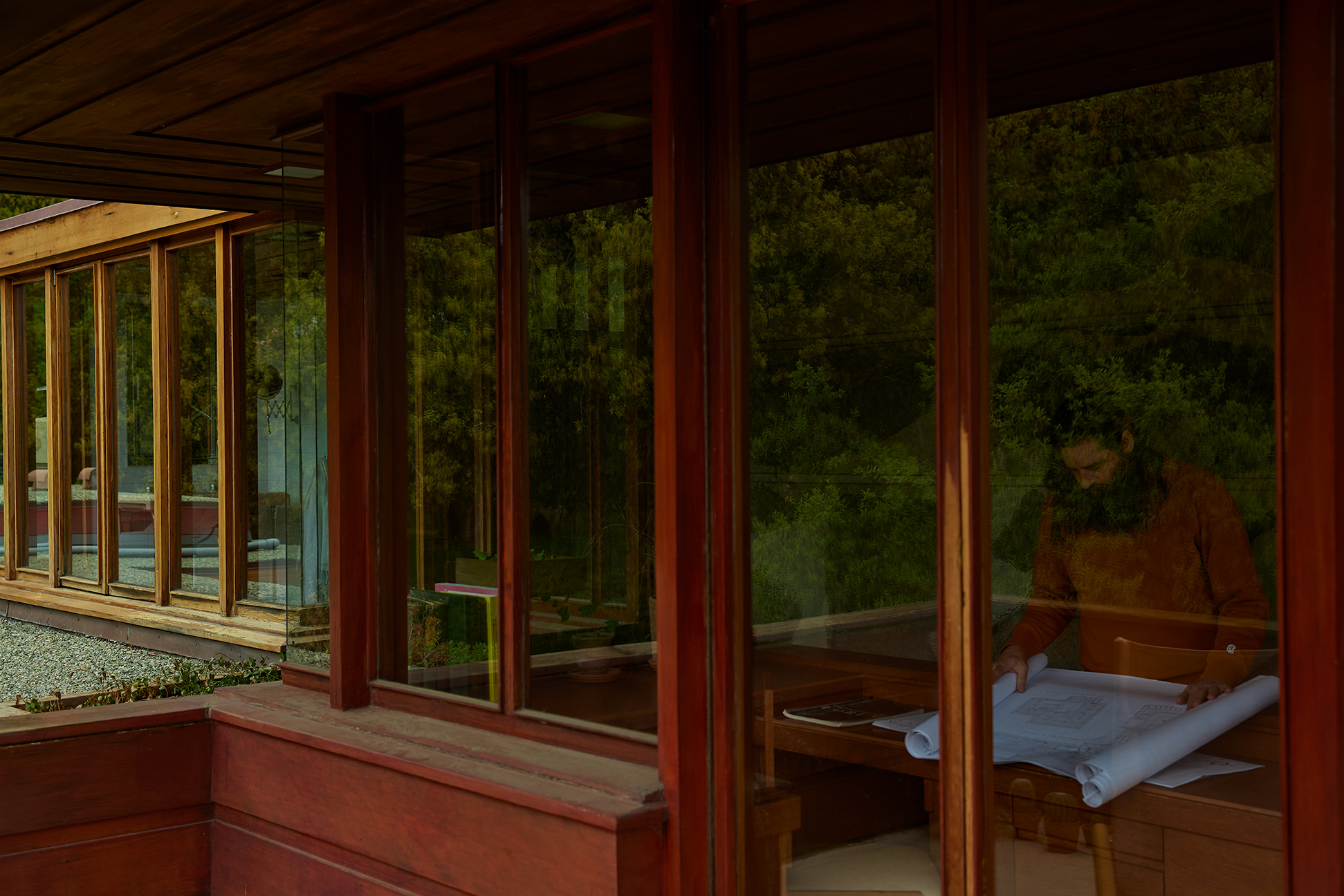 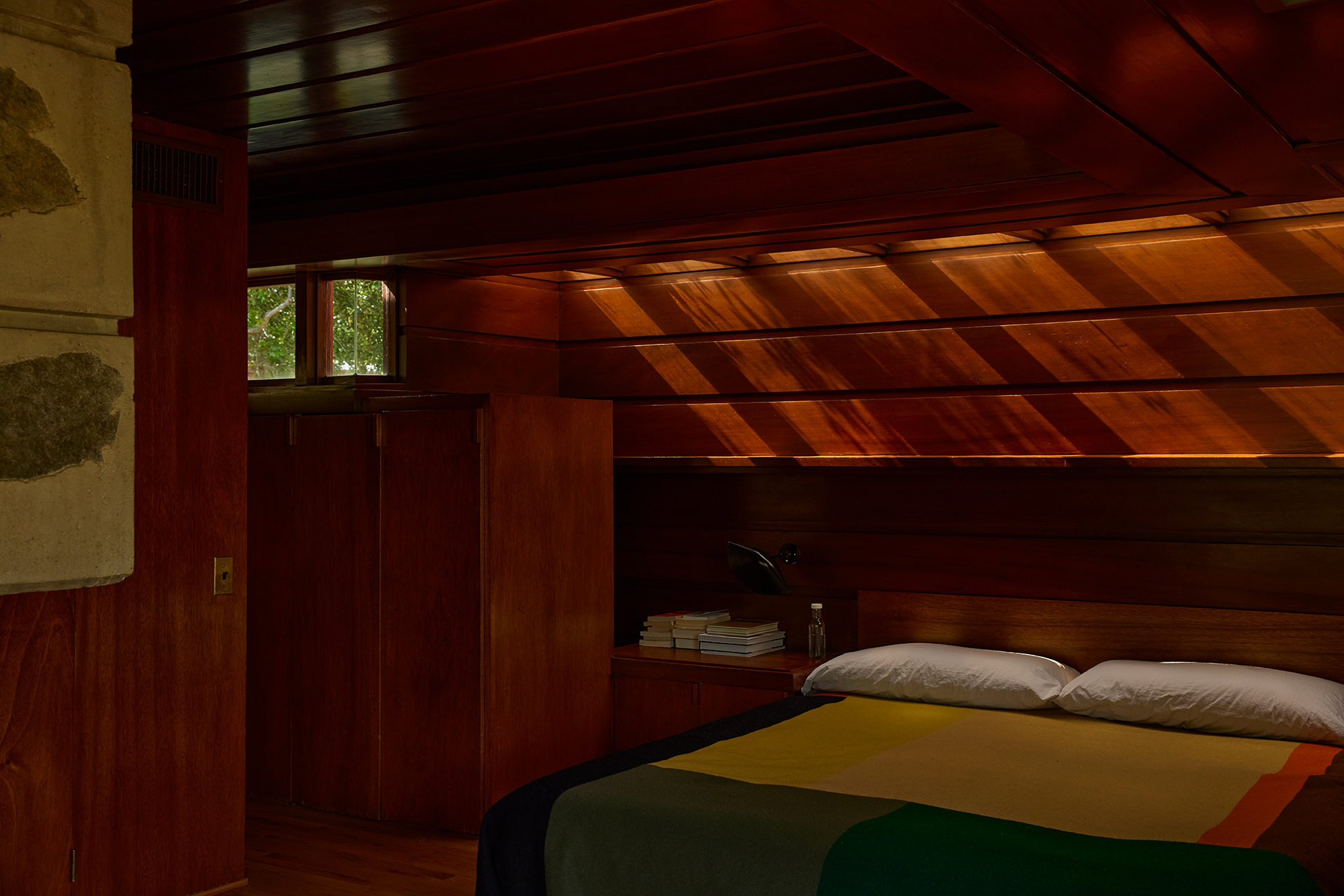 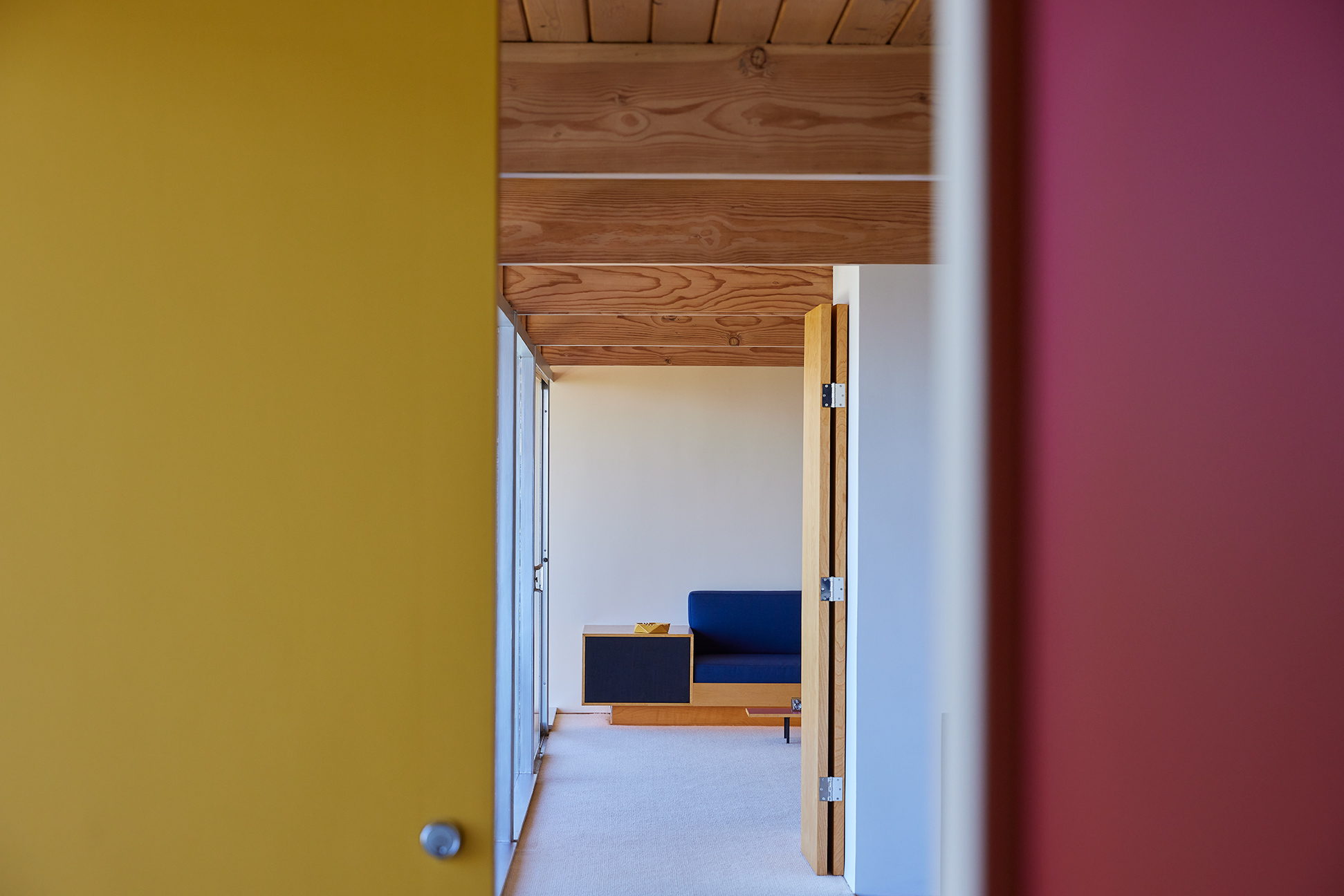 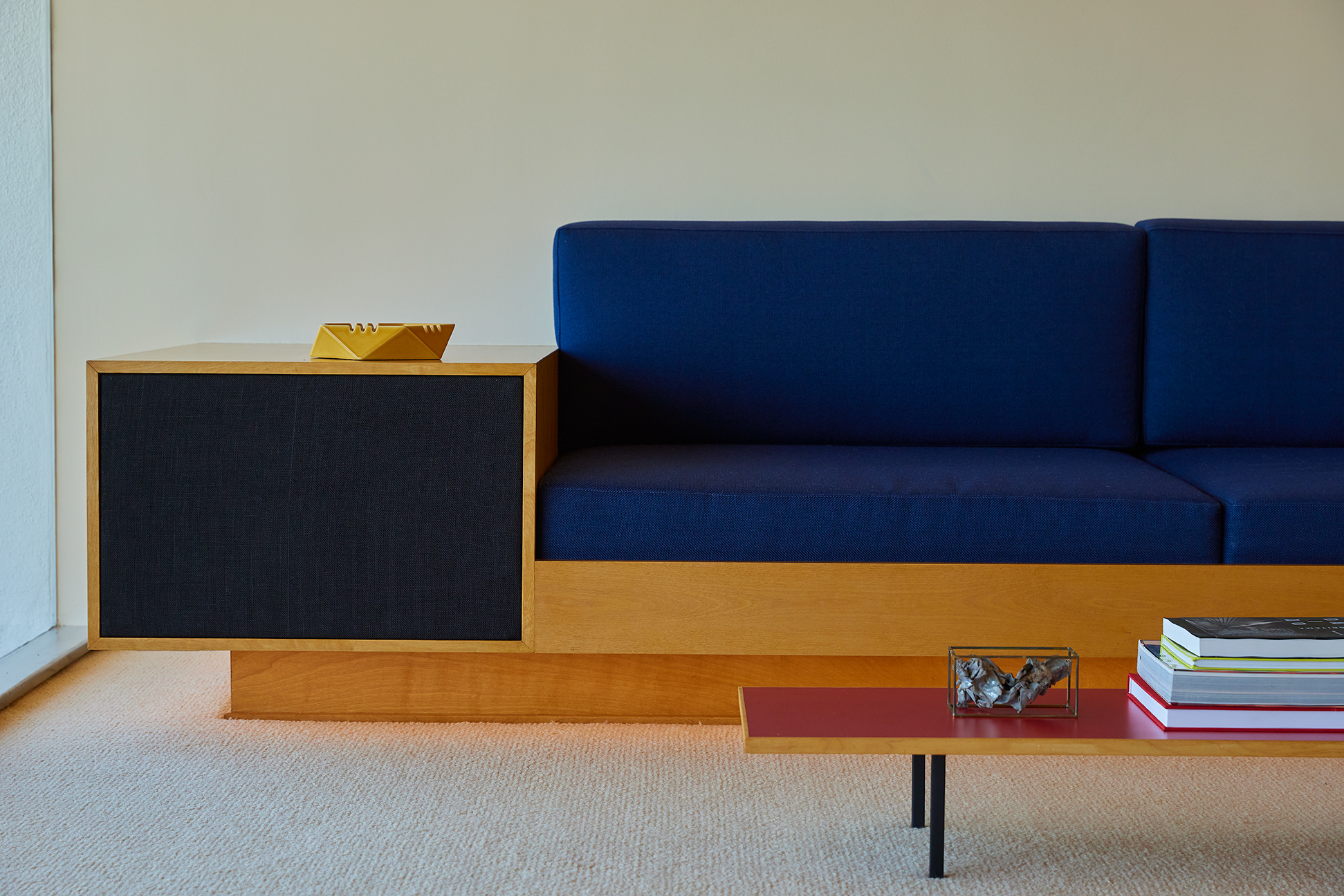 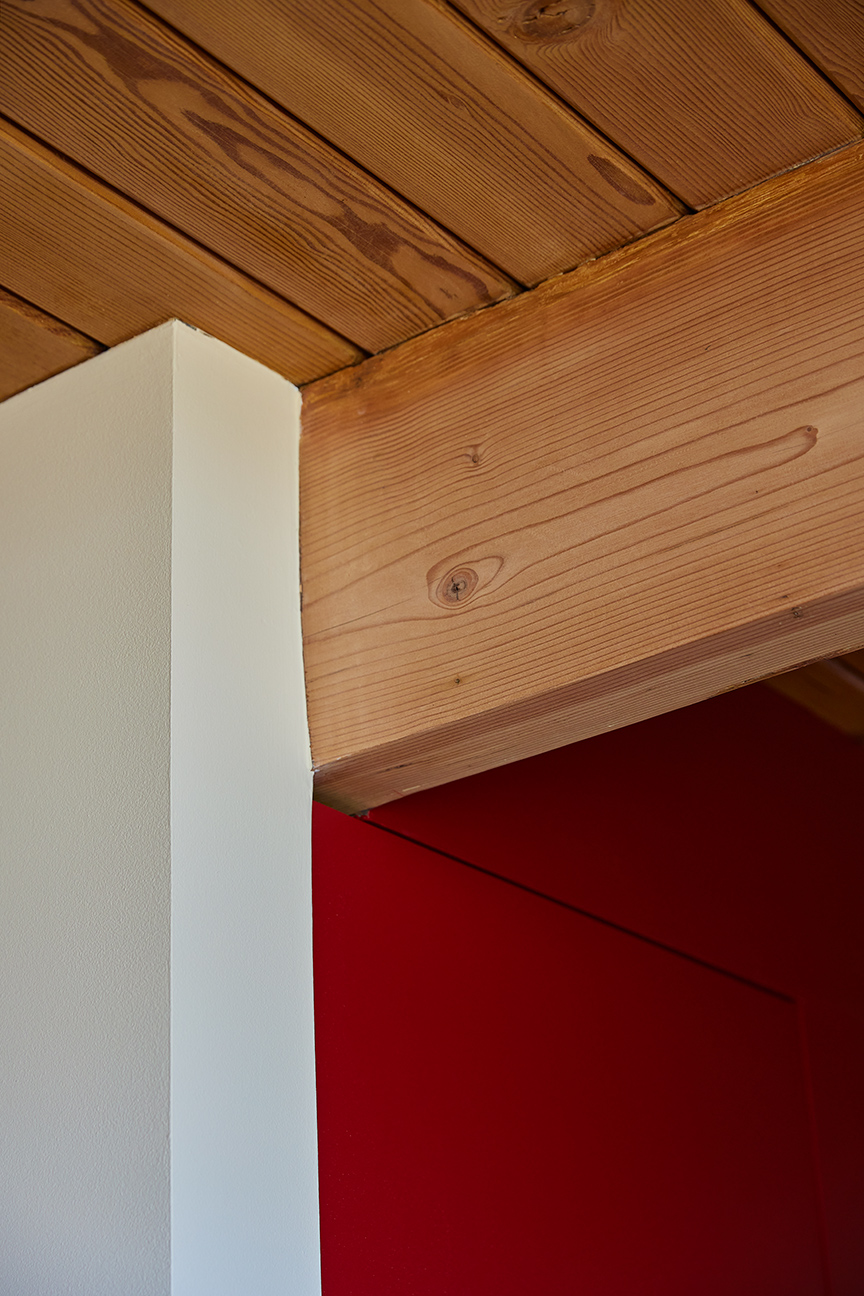 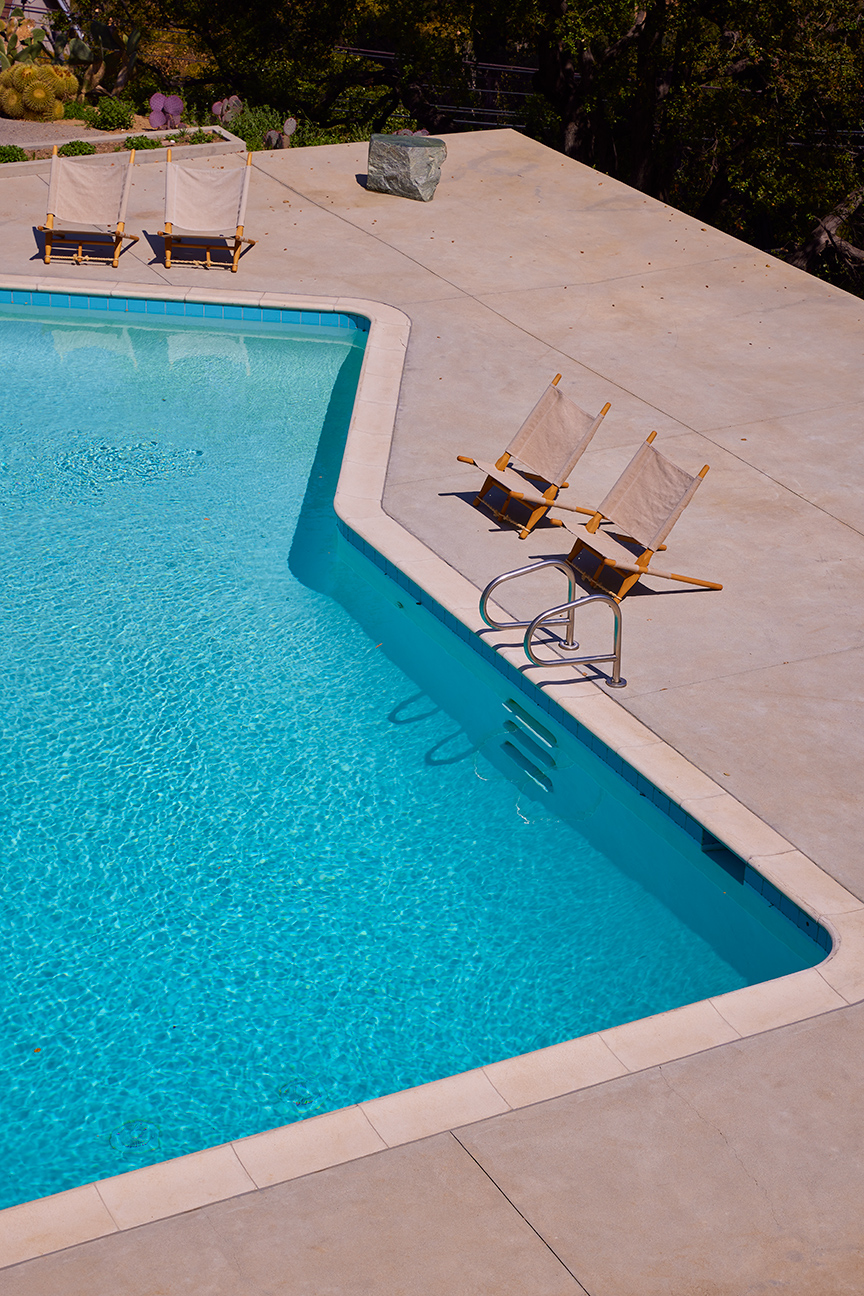 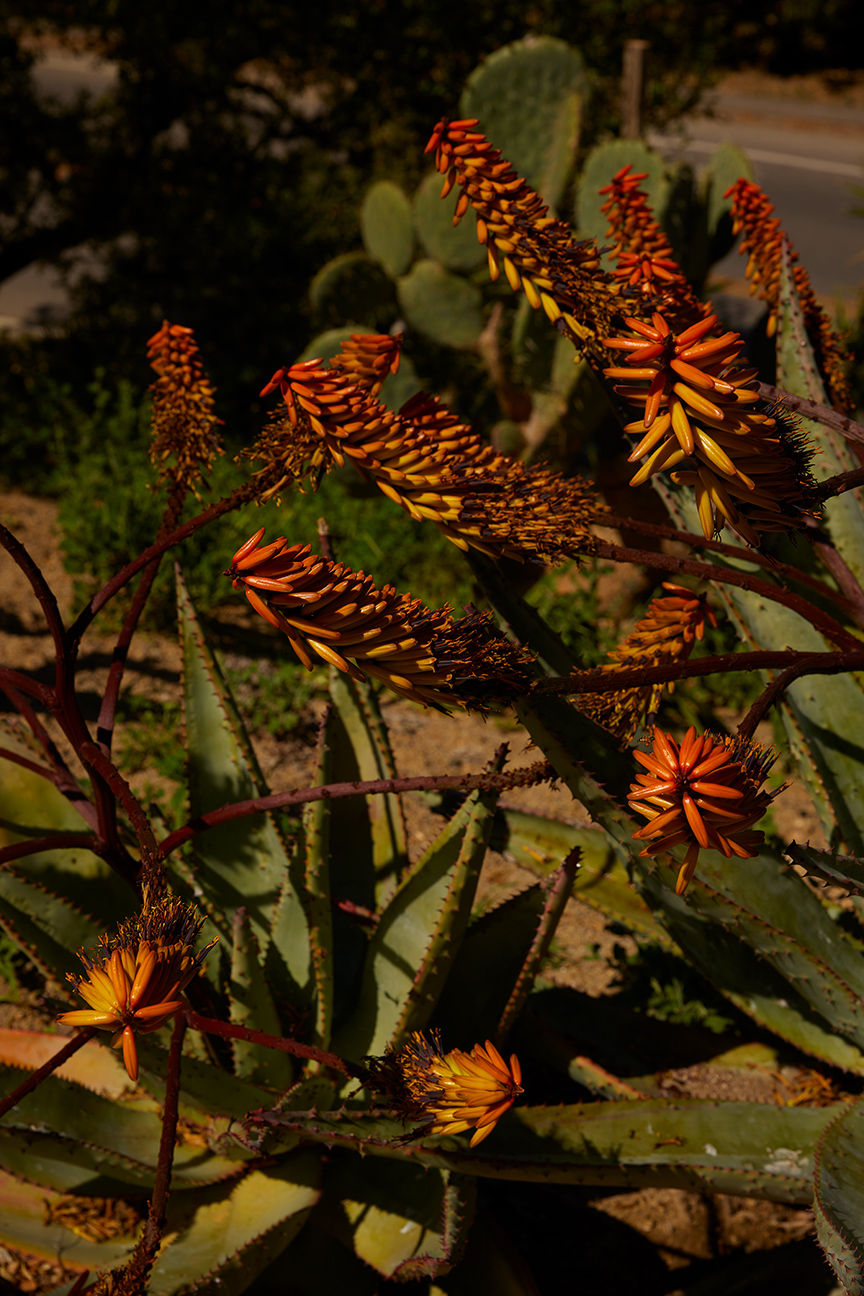 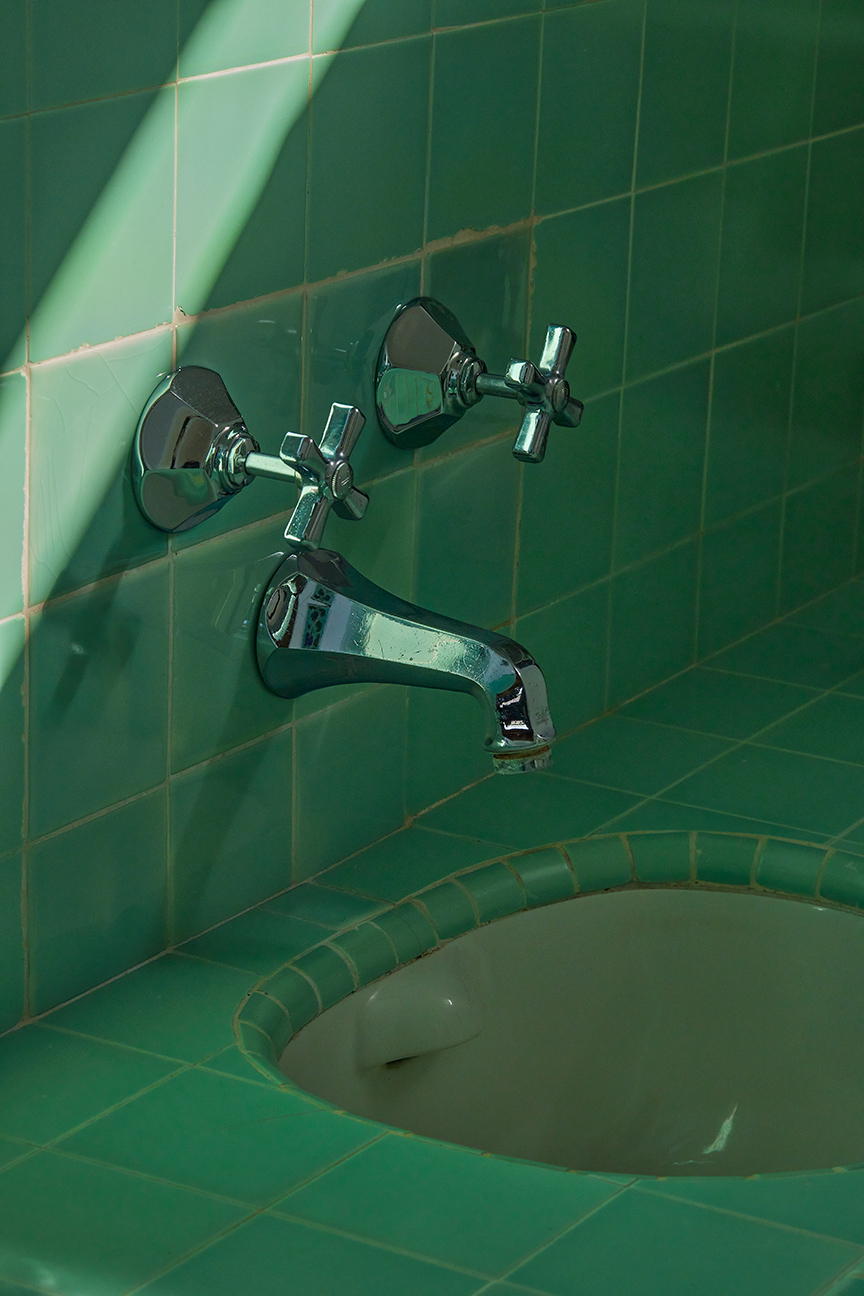 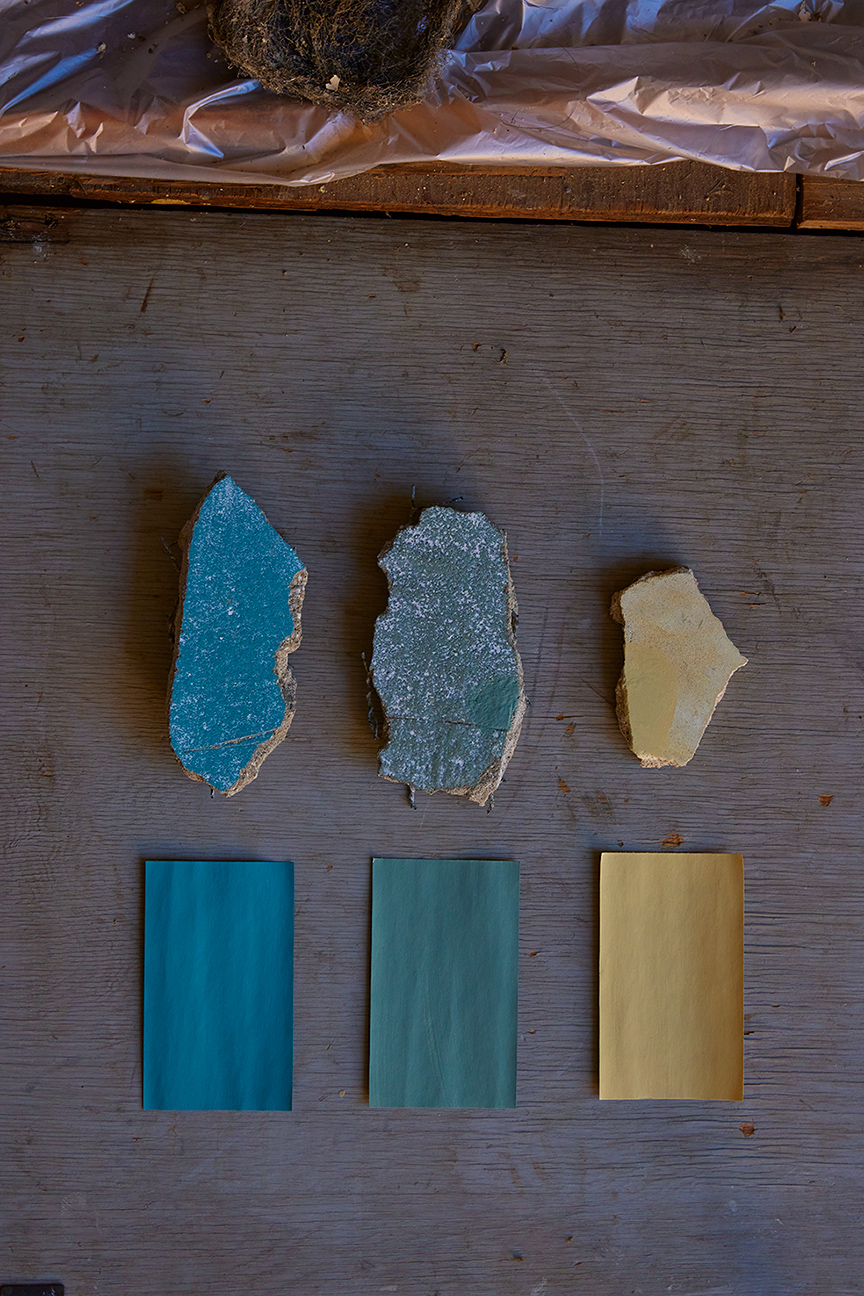 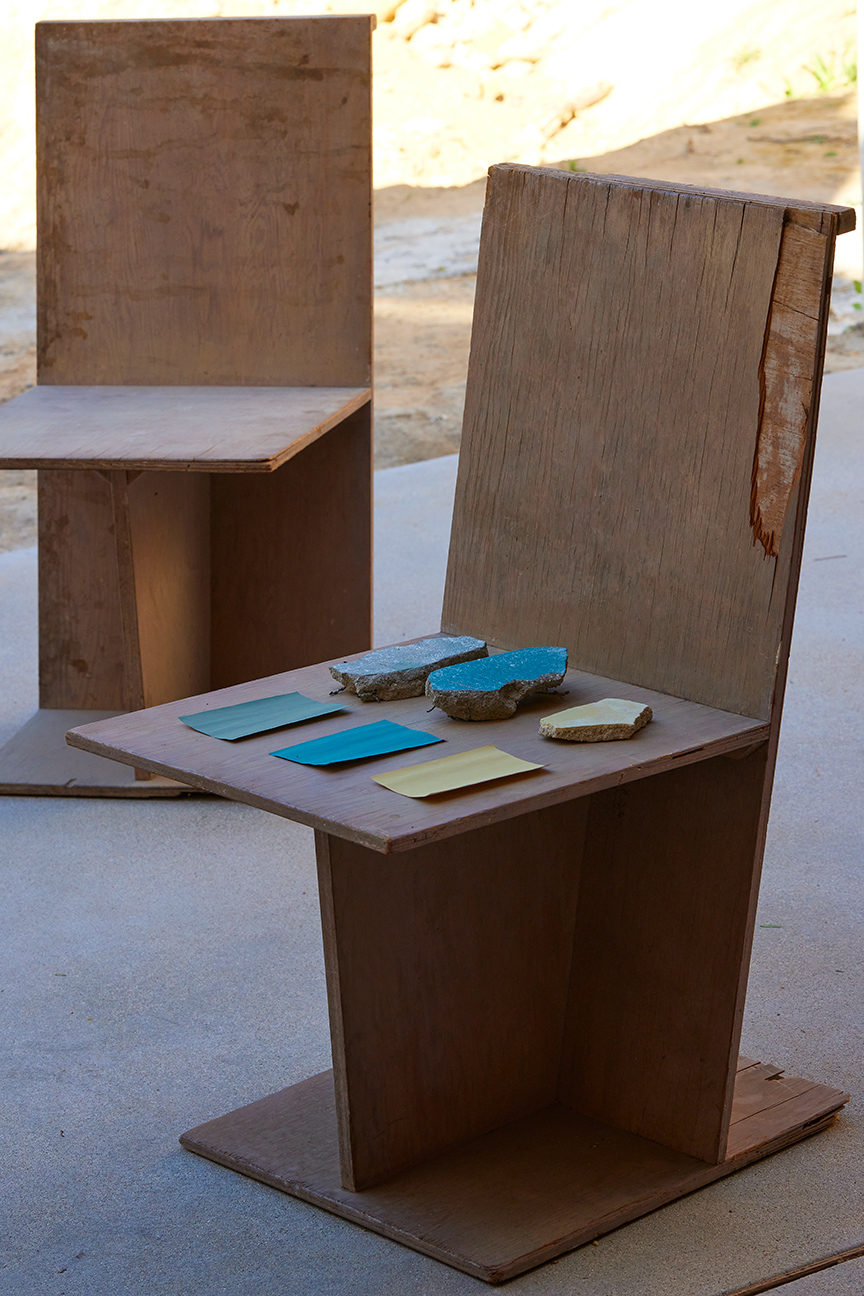